I've admired Dr. Strange for decades. The movie made me so happy, despite the Ancient One controversy. While the comics were clearly calculated to cash in on the film, I was eager to see the Doctor in an ongoing title of his own, which he's not had since his last book ended in 1996. 21 years without his own title and still a major player. Now that's magic! 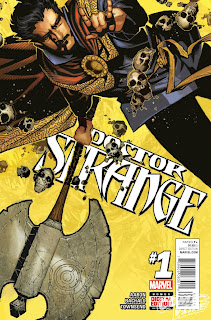 The ads showing the cover of the new book did not give me hope.
An axe and a belt of skulls? What is this, Strange the Barbarian? Sheesh.
Well, turned out I was wrong to doubt the good Doctor.
Jason Aaron and Chris Bachalo have given us an opening story arc about magic itself being under siege. This gives them a chance to play fast and loose with Marvel's mystic universe (while remaining surprisingly consistent with established canon) and give some fun little bits, like a neutral territory magic bar where mages can hang out and unwind.
Strange became Sorcerer Supreme again a few years ago in an issue of the Avengers, after Brother Voodoo died in battle (another black superhero lost!). His faltering skills, as chronicled in the miniseries The Oath, appear to have been fully restored along with his mantle.
The core of the first arc, the duel between magic and technology, is not new territory for Dr. Strange. Many of his foes are simply anti-magic, like Silver Dagger. And the core of his involvement in the Fantastic Four arc Unthinkable is his ability to help Reed Richards come to terms with the dichotomy between science and magic. But really, there's only two primary ways a Strange story can go: either an anti-magic bad guy or a powerful magic bad guy. Other than the stories with a more introspective tone (my favorites), that's most of them. And they appear to be coming around to the latter, as Dormammuu jumps into the fray at the end of the most recent issue. 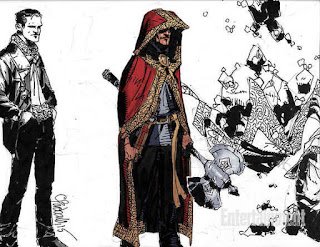 Dr. Strange is one of those characters that a lot of artists want to draw, but unlike Spidey or Bats,  his books have been sporadic, there haven't been as many opportunities. This makes the iconic artists on the title- Steve Ditko, Gene Colan, Marie Severin, Dan Adkins, Marshall Rogers, Paul Smith - shine all the brighter. It's too soon to know if Bachalo's work will be held in that high regard in the long run, but there's certainly promise here. Bachalo manages to emulate the greats on Strange with imitating. It's no mean feat to innovate in the illustration of other magical realms, but Chris has done so consistently in this book. 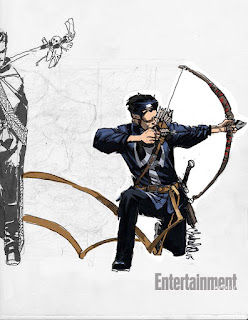 My only quibble with Marvel's current handling of the good Doctor is that they're milking it a bit. In addition to the main title, there have been a couple one-shots, a 2-issue movie prequel, a second book, Dr. Strange and the Sorcerers Supreme (a back history book that's really pretty good in its own right), and a Dr. Strange/ Punisher crossover that I picked up, but haven't been able to bring myself to read yet. There's a Golden Book for the wee ones out this week as well. Come on, Marvel. I know you're a for-profit company, and the profit window from a movie like Dr. Strange is smaller than some of the more established characters. But there's no reason to be that calculating about it.
Really, that's the only reason this book ranks as low as it does on this year's Best list. The merchandising aspect of the title hangs like a shadow over the whole book. Despite that, the book itself remains strong, and I am likely to continue picking it up each month.
Next: Best Comics of 2016, No. 13, a lesson for us all.