In spring 1973, a Marvel anthology title, Amazing Adventures, debuted a storyline extending the concepts of H.G. Wells' War of the Worlds. The story of the same title concerned the Martians returning to Earth and winning the war (a concept revised even further in the syndicated TV series of the same name from the late 80s/early 90s). The Martians had human gladiators engage in arena combat for their amusement. What should have been a silly space opera was redeemed by Don McGregor's smart characterization and by the art of relative newcomer P. Craig Russell. 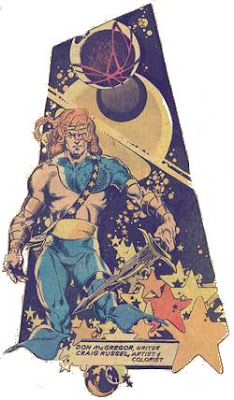 Russell, who trained formally in painting at Ohio State University and apprenticed under 60s comic artist Dan Adkins, bought a delicate line and visual flourishes reminiscent of the Raphealites to his work. His fascination with opera, which resulted in numerous comic adaptations of operas, also showed in his staging of the work.
35 years after that run, Russell is established as a comics master. Some of his most successful collaboartions have been with Neil Gaiman.
This year, Russell adapted Gaiman's story Sandman: The Dream Hunters. 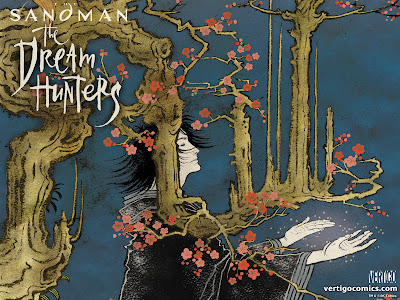 Spread out over four issues and recently collected as a HC, this is an adaptation of a Sandman story  published in HC years ago as an illustrated text, with illustrations by Yoshitaka Amano. 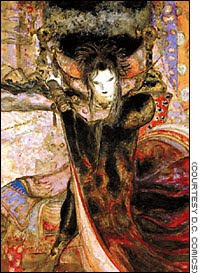 This delightful story involves a fox who falls in love with a monk. Knowing her love will remain unrequited unless she acts, she takes her case to the Lord of Dreams, who...

But that would be telling. The book is in print and well worth a trip to your bookstore, comic store or library.

When the book was first published, admirers scurried to find the original Japanese fairy tale. Gaiman subsequently revealed that there wasn't one. No big scandal, as he never claimed there was!

My admiration for Gaiman and Russell notwithstanding, I was a bit nonplussed at first to see this. The original was fine, why adapt?

But as was the case with Russell's GN adaptation of Gaiman's Coraline, the images add a new dimension to the story, a welcome one that does not detract from the original. 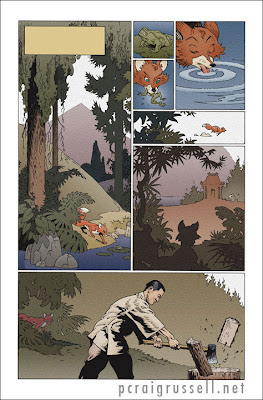 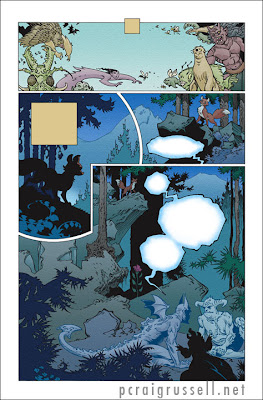 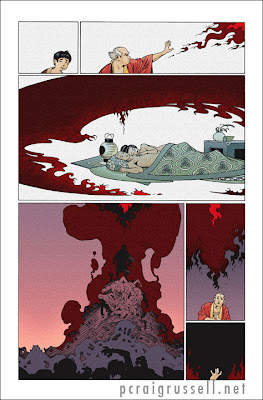 And hey, it's P. Craig Russell. An artist who I've admired for decades, and the first out gay comics artist in the mainstream.

The old saw that a picture is worth a thousand words is dead wrong. Great pictures, like these, telling great stories, leave me wordless in reverent apprecitation.