Posting a bigger chunk again this week. Next week will be a single page.
The posting of different amounts weekly is fascinating to me. It reinforces Scott McCloud's argument in Reinventing Comics that creators using the Net have more control over pacing the narrative. Even in the context of daily or weekly strips, the pacing of the individual strip is set by the creator(s), but the frequency is set by the publisher. And if you're presenting a completed work, once it leaves your hands all you can do is hope the reader paces the work as intended. This gives a different measure of control.
Ahem.
The work at hand. 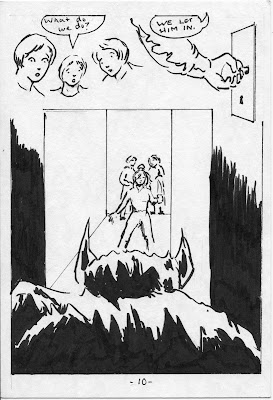 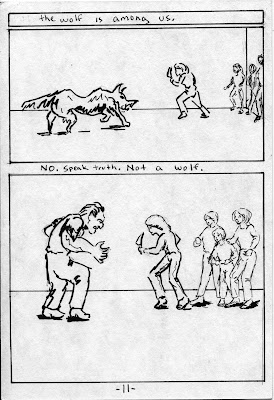 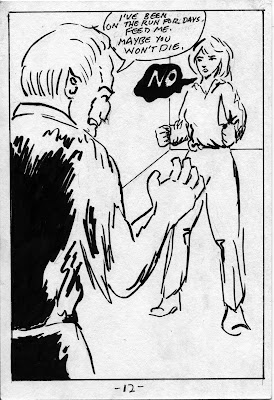 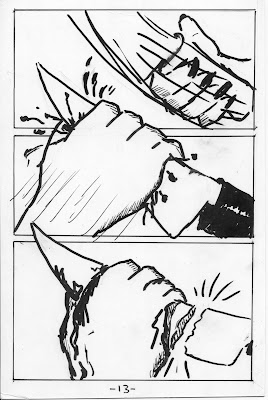 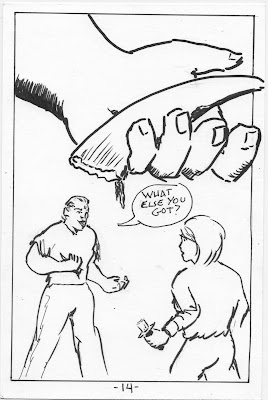 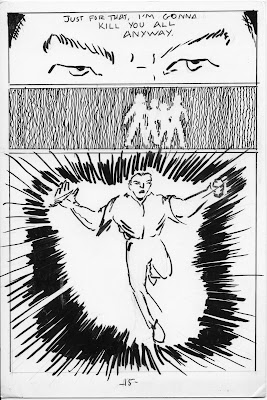 Things I particularly like on these pages: the open framing of p. 10 and the wolf defined by shadow, which reminds me of Argent in Matt Wagner's Grendel.  I flatter myself in this respect, as Wagner's design sense has been a standard to which I aspire since I first encountered it.

The knife scene on p. 13 brings to mind a scene from near the end of the Coen Brothers' Blood Simple. This is one of may favorite films, but I was not consciously aware of the influence during the execution of the page. I wanted a quick action depicted in large rapid fire panels, going for a low-motion or freeze frame effect. I may have also had the shot of the Cornithian stabbing Morpheus in the hand, from the Gaiman Sandman story A Doll's House, tickling the back of my mind, but again, not a conscious influence.

The radar silhouette effect on panel 2 of p. 15- I love this. It says so much about this character, whoever he is (did anyone notice that not one character in this story has a name? Now THAT was deliberate!) that he doesn't see who the girls are, only seeing them as things in his way. That, and there's a serene, contemplative quality to the act of hand redering repeated patterns with slight variations.