Offering a few pages today to catch up with myself. I'm still in a bit of a holding pattern on new work, but will stop indulging my imagination and whimsies and get new work done soon.

A decent chunk of story this time, largely because I didn't want to break up the prelude, also to catch up with my self-imposed schedule a bit. 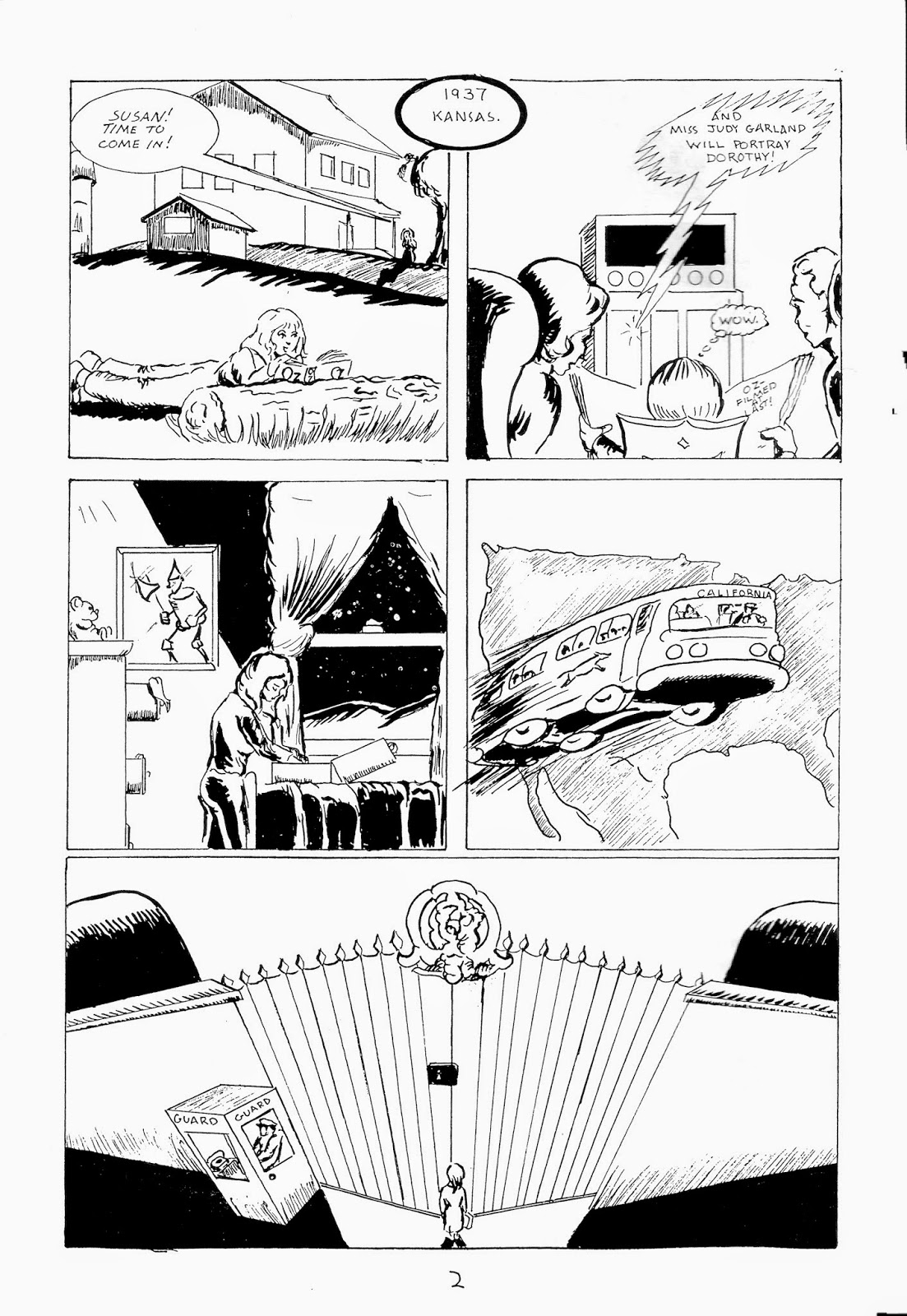 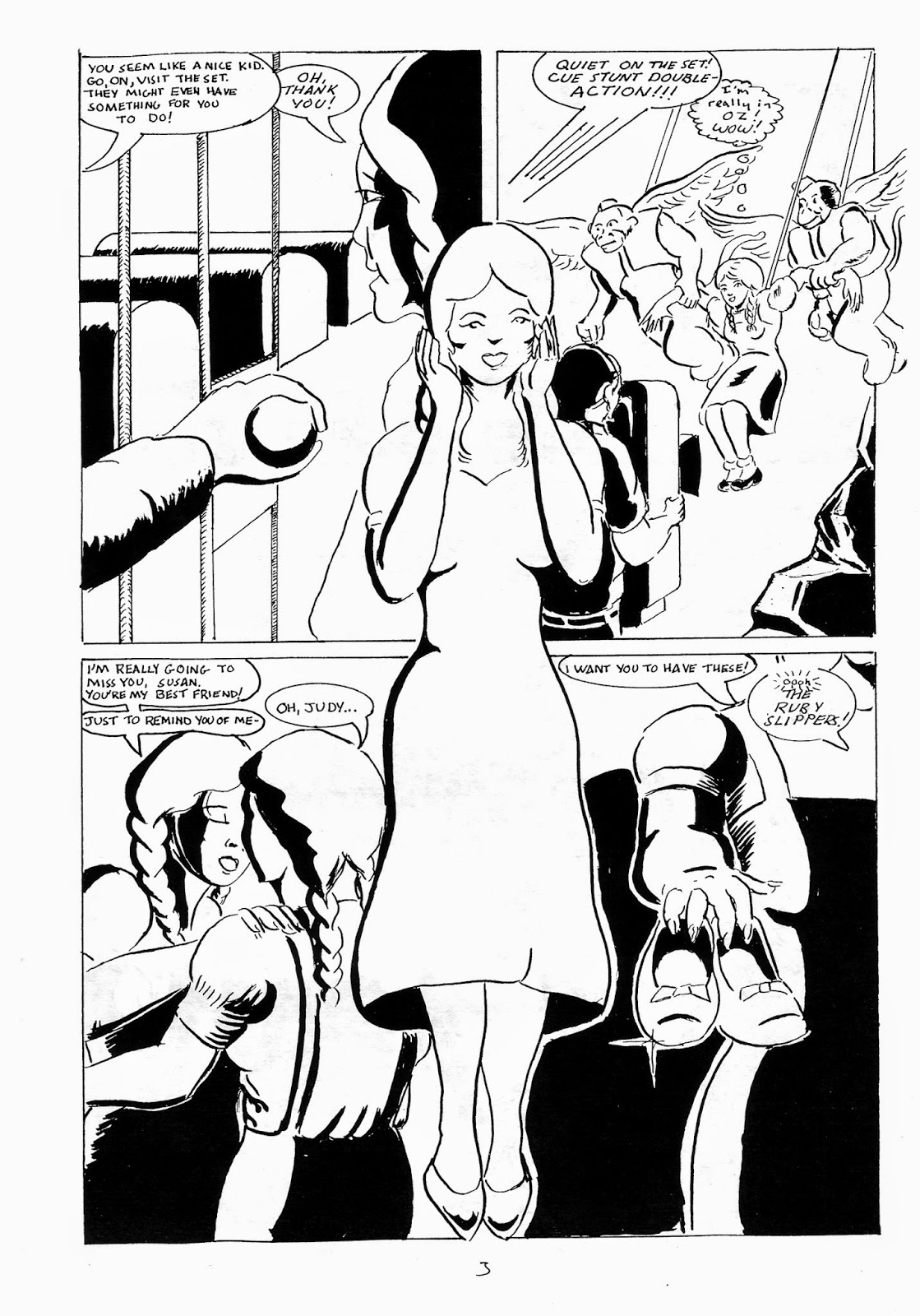 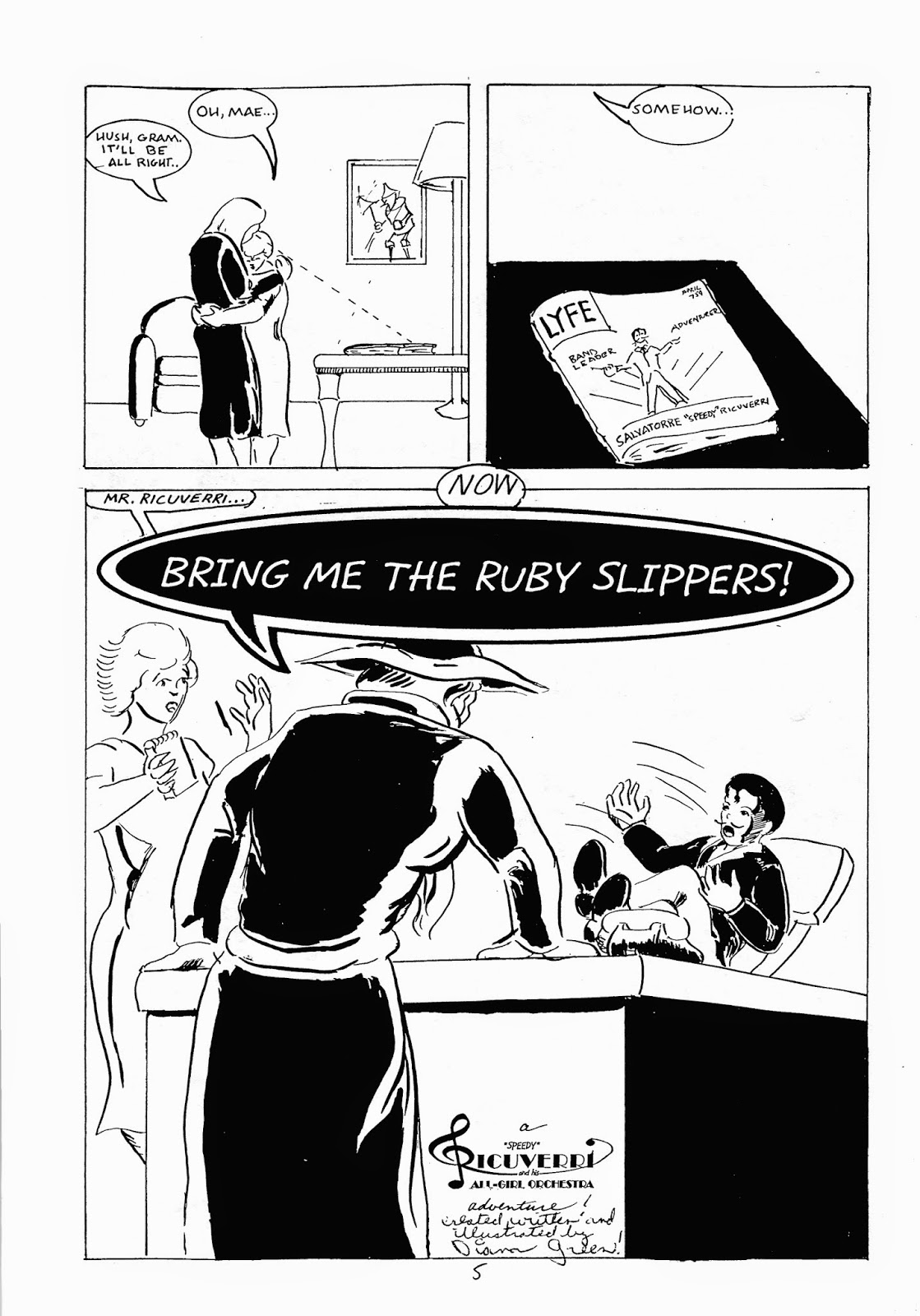 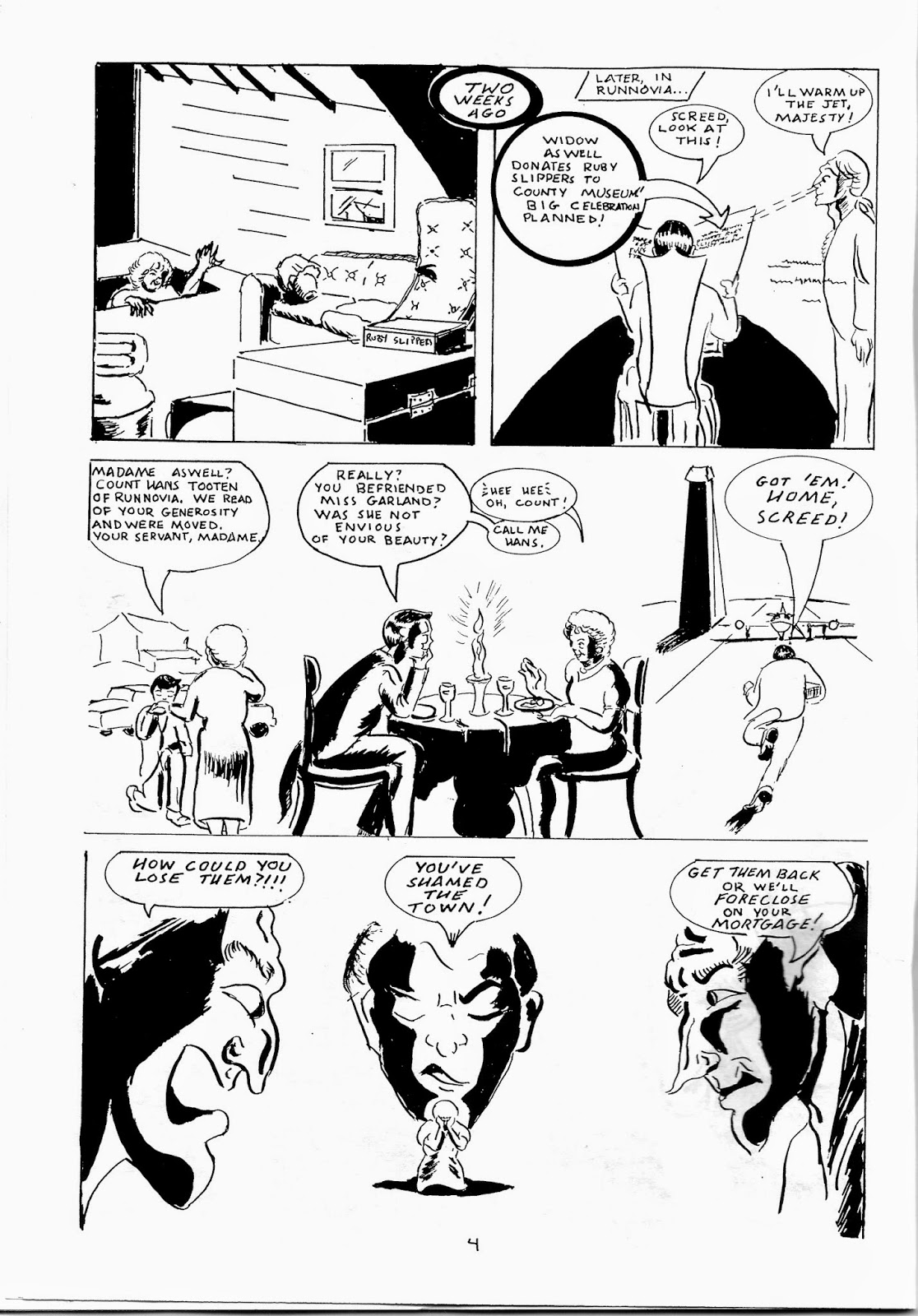 Some thoughts on these.
Aside from the sloppy rendering of the bus in panel 4 and the slightly too sparse background on the MGM panel, the only real issue with this page is that the banner announcing the time and place is too small. The Scarecrow image on the wall is based on a sketchbook image of that character that I posted a while ago.
The next page is largely based on shot photos from the 1939 movie. Structurally, the biggest issue here is that the mapping of heavy blacks in the last panel, where Judy's handing Susan the ruby slippers, doesn't read properly at first glance. It needs to be clearer in isolating background and figure.
The following page is fairly successful, including a subtle bit of foreshadowing in panel 2. The date ellipse is, again, too small. Also, sparse backgrounds in the first and third images of the central banner panel. But I rather like the scolding heads in the last panel. For the life of me, I can't recall what specifically inspired that image.
The final page of this batch works fairly well. The use of the Scarecrow art from page one to reinforce that it's the same house is a nice touch, I think. The second panel echoing the cover shown on page one helps anchor the story. This page is also the first time in the story proper that we see our central character other than in silhouette. Originally, the last panel of this page was intended as the splash page for this book.
The big problem on this page is that I neglected to leave space for the title and credits- something I tend to forget when putting my own books together!
This book touches on a number of themes that are important to me: Oz, country life, trust issues, reluctance to accept your place in life, and music. Always music.
Next week: more Speedy. I had just intended this as a placeholder while I geared up for new work, but it's better than I recall it being, and I'm enjoying it greatly!
on March 08, 2015 No comments: