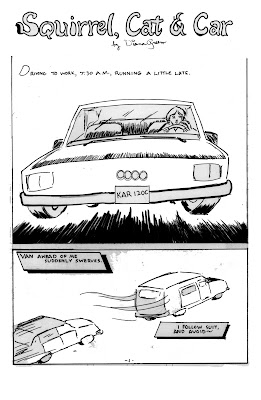 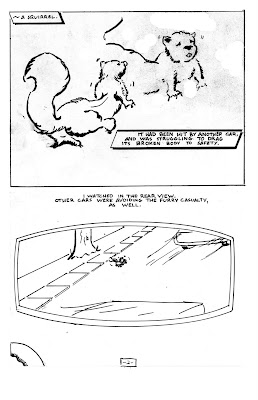 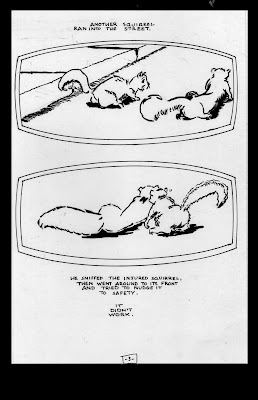 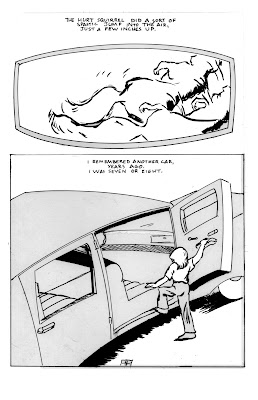 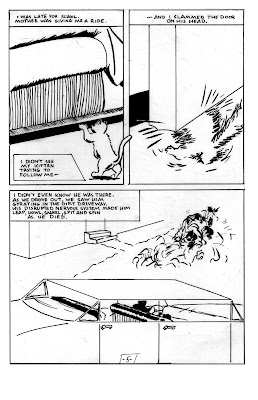 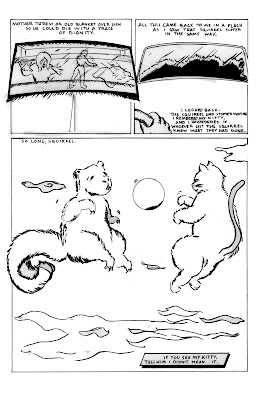 As always, please click on the images for larger versions.
There is a followup story, Deer and Car, telling of events after my Mother's funeral. it's not quite what you'd think from the context and the title.
Technical notes now. Minor Photoshop cleanups, kept some gray values from the scans, otherwise the images are as originally drawn. Pen and ink on Bristol, crowquill, a bit of marker.
As you might imagine, this was not the easiest story I've ever told. The sights and sounds of the kitty in our dirt driveway are with me to this day.
I'm working on my Top 10 (or more) comics for 2010 already, a good chance to review the year's reading as the list takes shape.
Meanwhile, the next page of A Private Myth will be with us next week, God willing and the crick don't rise!
on November 07, 2010 1 comment: