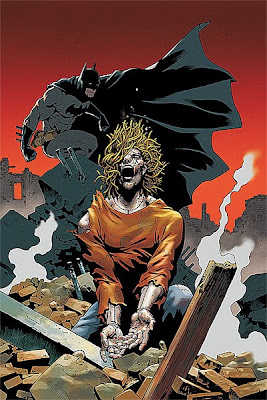 The Brave and the Bold was primarily a superhero team-up book of the 60s. Lots of slam-bang action and often some smart space opera plotting.  Currently, there's a series on Cartoon Network teaming the 60s Batman with other era heroes, that recaptures the fun but loses the smart. I saw a musical episode last week with Black Canary, a sort of superhero slugfest version of West Side Story.

Ouch. I'm almost sorry to share that.
This comic is the other side of the coin.
The book was revived a couple years ago, given a more serious direction than the TV series, and was  taken over a few issues ago by J. Micheal Straczynski. He's  a writer whose work on Babylon 5, Midnight Nation (a meditation on the value of life with overtones of Milton) and Rising Stars, not to mention his stint on the new Twilight Zone in the 80s and the series Jeremiah (based on a bande desinee' by Herman Huppmann, reprinted by NBM in the 90s- I've had no luck finding a copy), has impressed me so much that I'll give anything with his name on it a chance. He's got a novel out, a horror story that I gave as a gift a couple years back but have yet to read myself. His work in comics has been uneven but overall worthwhile.
His model in Brave and the Bold is consistent with the best of his other work. His template is consistent. Use the story as a vehicle for meditation on an aspect of the human condition.
This specific issue has an unusual co-star: Brother Power, the Geek. Created in 1968 by Captain america co-creator Joe Kubert, this rag doll symbolizing naive hope in the romaticized mainstream vision of the hippie world ran a scant two silly issues. Brother Power reappeared in a Swamp Thing annual written by Neil Gaiman and a Vertigo one-shot written by Tarot expert and novelist Rachel Pollack.
And then this. 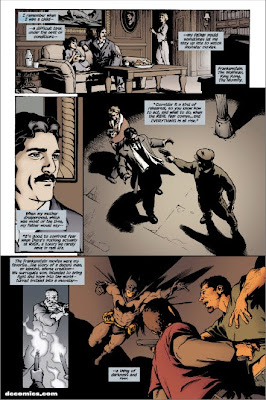 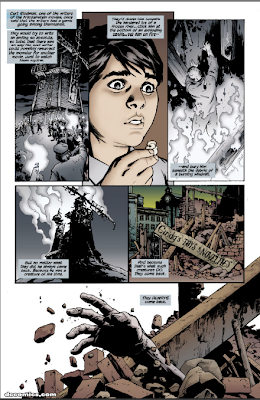 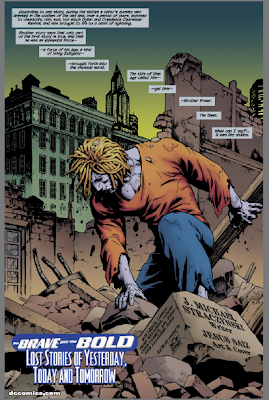 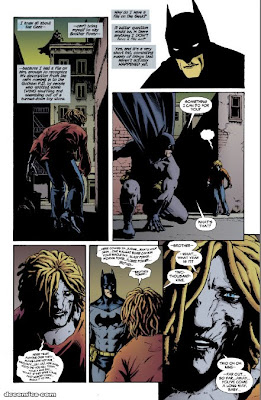 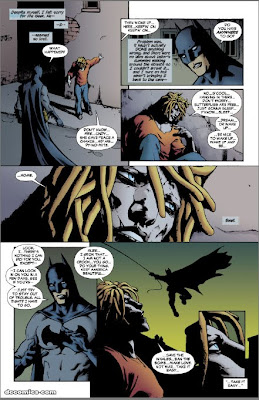 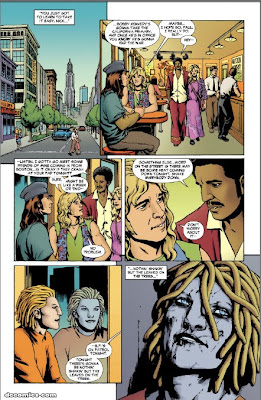 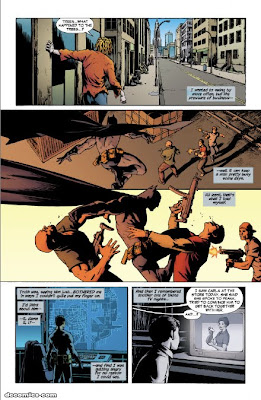 So there this guy dressed like a bat, talking to a 40-year old rag doll between beating up criminals. Should be completely dismissible, yet it works.

What I love about this issue is what it says about the 60s. Rather than ridiculing the hippies as pathetic lost fools, as appears to have become the default, this book mourns the loss of optimism that is reflected in that attitude.

The nobility of silliness in the 60s. Wavy Gravy, Lord Buckley, the Firesign Theatre. A resurgence of mainstream interest in the Marx Brothers and Dali. Experiments in consciousness, some of them failures, but some glorious successes that opened us to the possibility of seeing life differently, as something always new.

And in the middle of it was this silly rag doll.

Way to go, JMS (as he is referred to by those in the comics world).