As promised, I was able to correct the scanning issue today.
Here's the last page of It Does This When I Hurt. It's an aftermath sort of page, where everyone says their goodbyes. 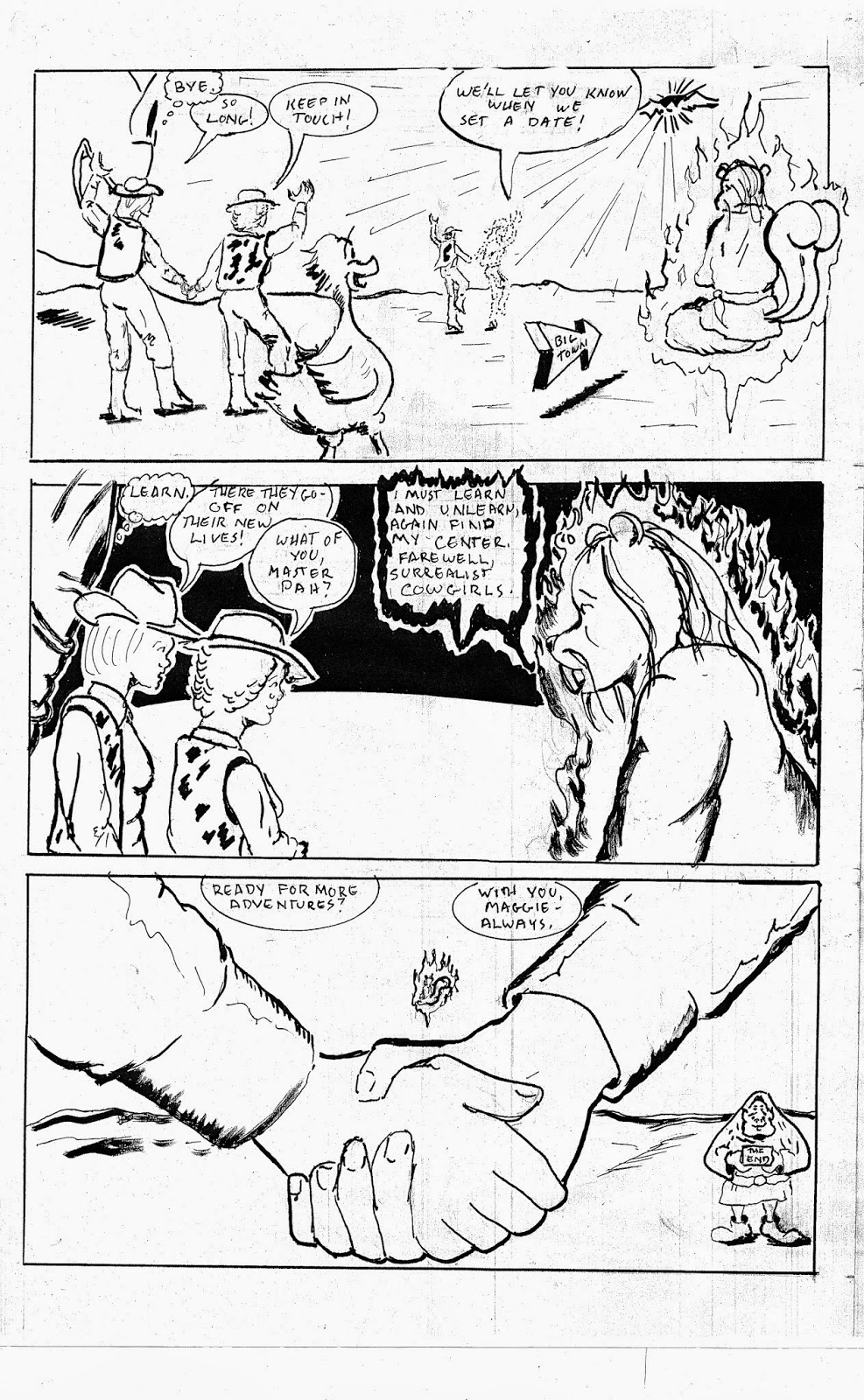 There was a slight drift on the board as I inked the borders, so there's a hinky angle to the last two panels. I don't mind it. If I didn't say anything, you might not even notice it.
The little dude holding the "The End" sign is a loose swipe of a Joe Orlando character from a late issue of Weird Science.
I debated a different ending, foreshadowing a new threat, but I thought, nah. Let's give them all some time to be happy.
I have a one-page Cowgirls thing, just a little fun thing, on the board right now. There's another short Cowgirls story I have in mind, probably three pages, and I want to do paper doll pages of Tolcanan and Kay Seurat-Seurat.
But after I finish the page I have on the board now, I have a short assignment that's due February 3, a 3 or 4 page story unrelated to my usual cast of characters.
It feels good to have this one done. The idea for it grew out of a pun I sang whimsically in 1987, while watching the second version of  Hitchcock's The Man Who Knew Too Much. I added the pun, and the character it inspired, to another story idea ten years later. After doing four pages, I put it aside, only to come back to it a couple years ago. So the story is either 37, 27 or two years old, or else it's brand new. Take your pick.
Don't you just love time?
Next: the one-pager.
on January 21, 2014 No comments: