This one-shot really grabbed me. Part of a series expanding the Mars Attacks card line from the early 1960s, Mars Attacks Popeye was the first chapter of this crazy opus. Subsequent entries featured Kiss, the Real Ghostbusters, Transformers and Zombies vs. Robots. But the Popeye issue was the only one that interested me!
There just seemed such a charm to this idea when applied to Popeye. I've spoken previously of my respect for Roger Landridge's work on IDW's Popeye, but here IDW turns the writing chores over to The Goon creator Martin Powell (annotation: I was reminded by Terry Beatty that Martin Powell was not the creator of The Goon. That was Eric Powell. Sloppy research on my part, sorry!), who captures the spirit of the character admirably. While many see Segar in this issue, and there's plenty of that to see, I interpret it as more of an homage to the Bud Sagendorf stories- a bit longer and more wildly colored, with the limited palette and (in this case, simulated) sloppy production techniques associated with pre-1970s comics. 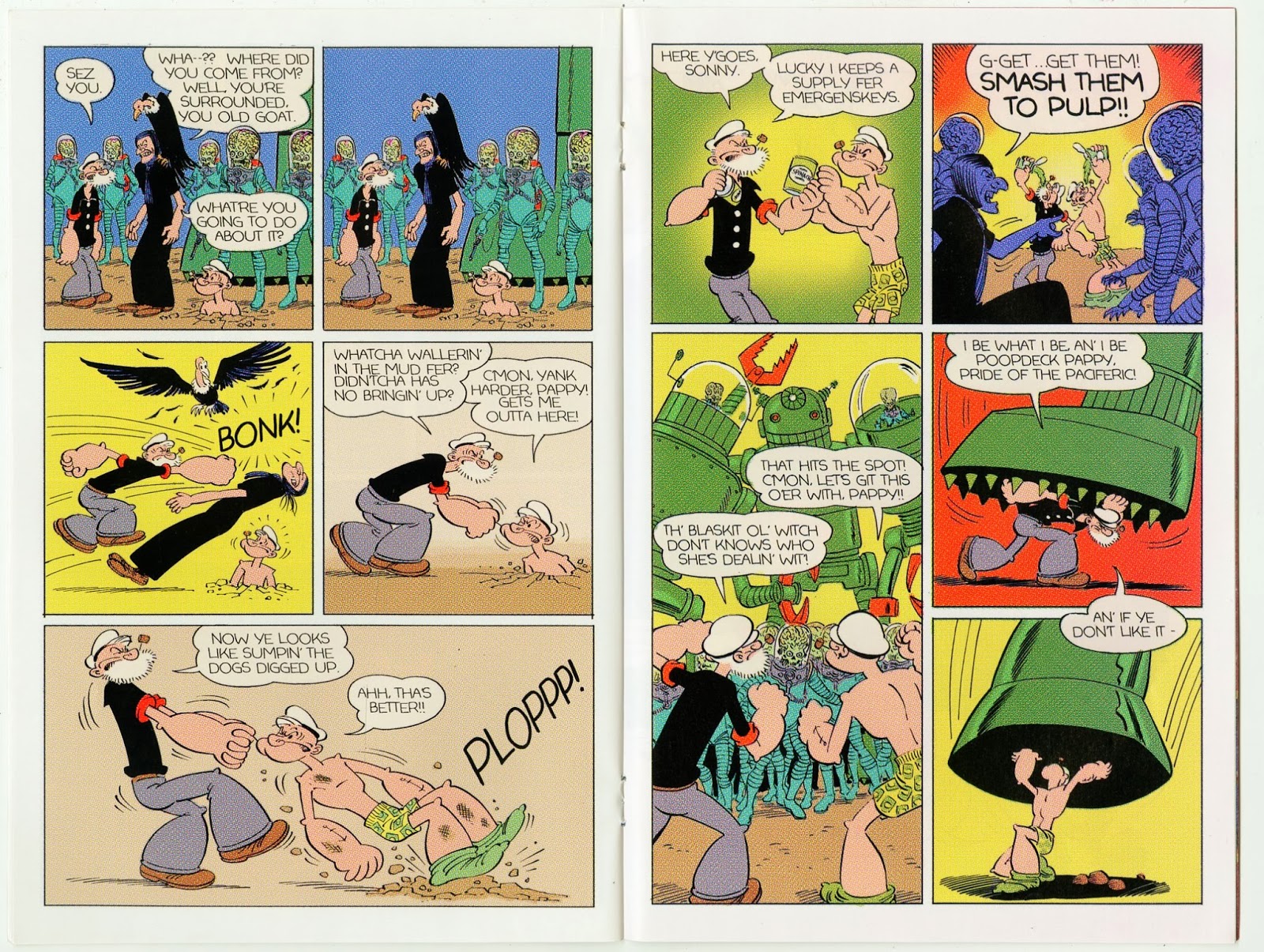 Terry Beatty's art delights throughout. The poses and layouts are classic Sagendorf. Much as I revere the work of Segar, his layouts were pretty straightforward, and mostly intended for daily or Sunday papers. While this does adhere to a fairly conventional grid, it's more akin to a comic book page than to a strip page, and Segar worked almost exclusively on the strips.
The 2 x 3 grid is a classic for humorous adventure strips. As Reed Waller once pointed out to me, the 2 x 4 grid is somehow more effective for humor books, but this works.
It's great to see the Thimble Theater cast working through their paces in this, although I was disappointed by the slight use of the Jeep. Then again, if he were used to full potential, the Jeep would make Popeye's presence unnecessary.
The use of Sea Hag as collaborator with the Martians is reminiscent of the Plunder island story. Another irritant: I would have liked to see a bit more of her pet vulture, Bernard.
But these are minot quibbles. The story is there. The excitement is there. And the energy is certainly there!

The front covers of these books simulated cards from the series, and the back covers were the backs of the cards- a very fun touch!
A few years ago, there was a Starman/Congorilla team-up from DC- a fun book that touched on something larger. Mars Attacks Popeye is right in the ballpark with that. 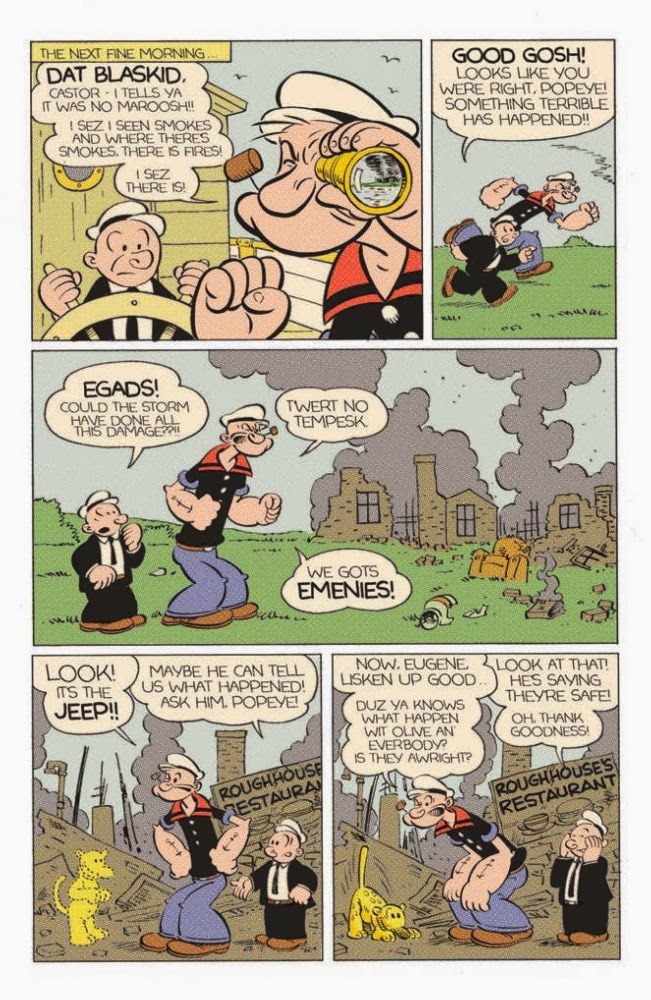 It needs to be noted that every issue of the Mars Attacks crossover series had alternate covers featuring other characters and titles. The alternates for the Popeye volume were a mediocre cover featuring the unnecessarily revived Miss Fury and a very fun Mars Attacks Opus by Berke Breathed. Other alternative covers of note included Mars Attacks Chew and Mars Attacks Strangers in Paradise!
Next: a Best of 2013 entry that will make you purr with joy.
on January 07, 2014 No comments: