With two Wonder Woman titles on this list, my reverence for the character is quite clear. I was delighted when IDW announced this volume late last year, and it lived up to my expectations! 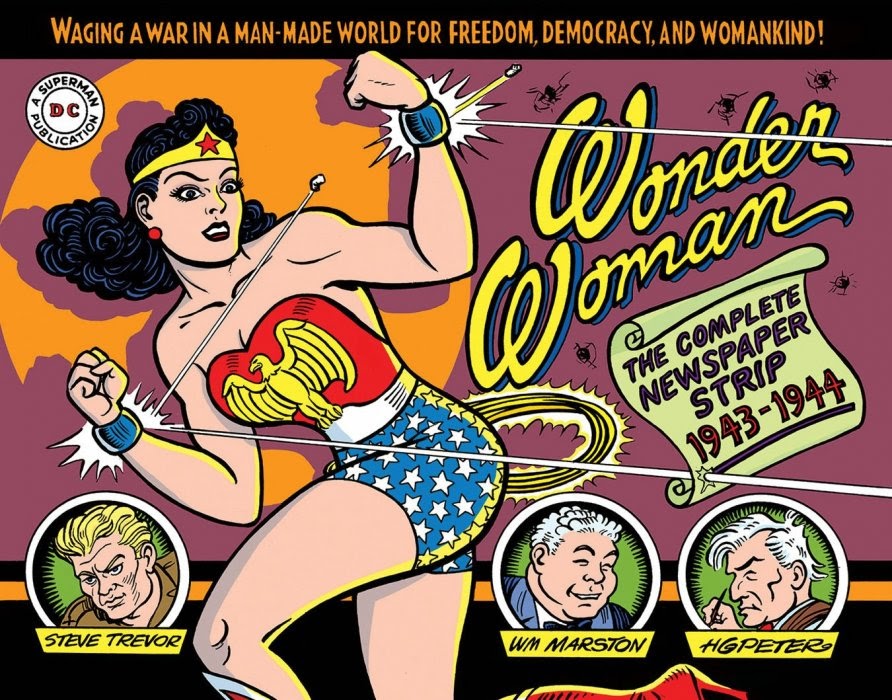 This collects the COMPLETE run of the strip. Bruce Canwell of the Library of American Comics informs me that there were no Sundays for this run, so this is it! 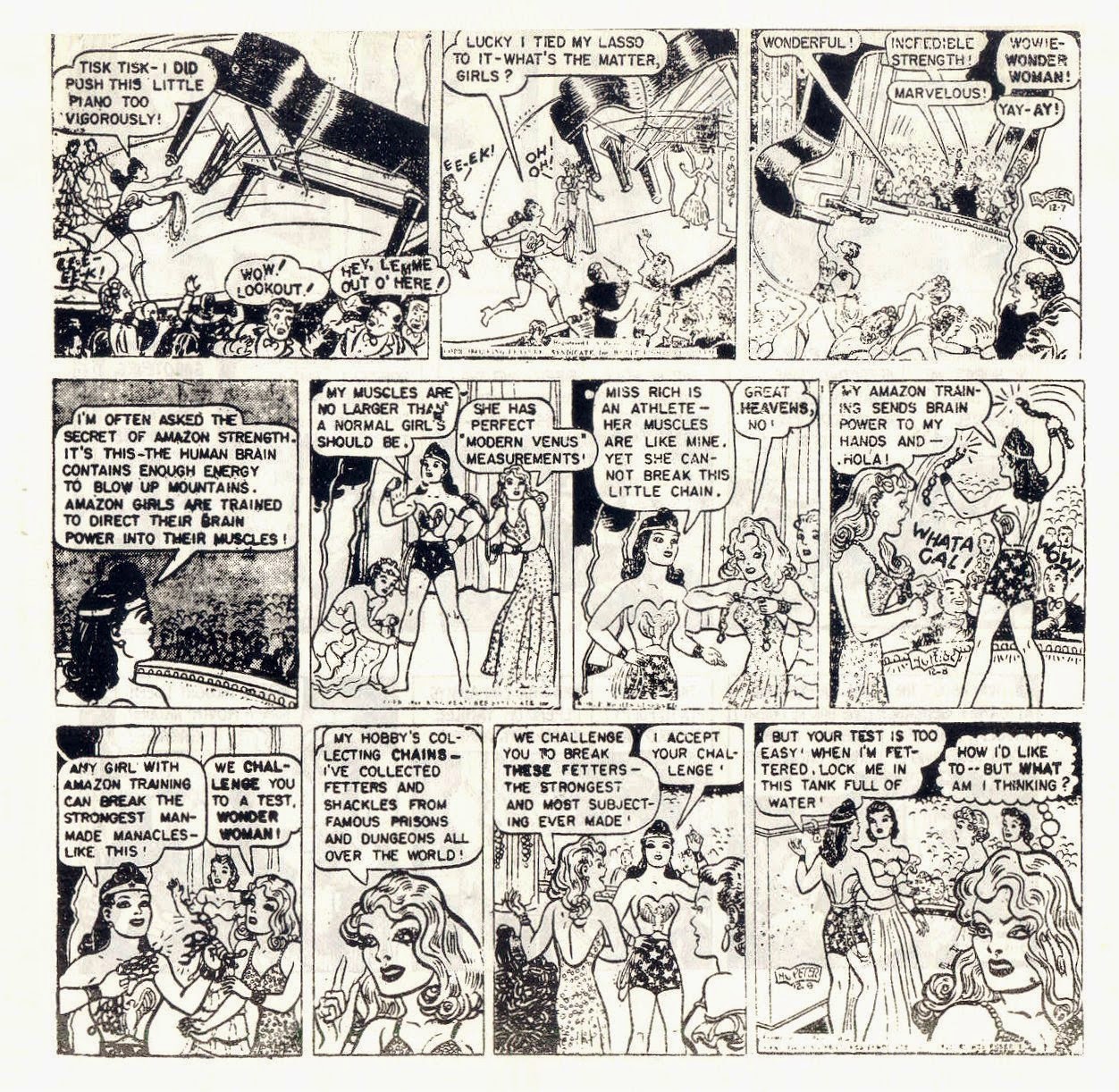 Marston's writing has many of the same elements of his comic book work- highly imaginative stories, lots of action, and implied larger themes. He even brings some of the bondage scenes that many have searched out in his work into play, no mean feat for a syndicated comic strip. While some may think standards were more relaxed in this (barely) pre-Code era, I would like to point out that readership of the funnies was huge in the 1940s and didn't carry the stigma it did in later decades. Therefore, strips had more of an adult readership. Also, attempts to censor comics have been around as long as there have been comics, so to use the Code as a barometer doesn't really cut it.
I'd also like to echo Trina Robbins' point about this whole bondage thing. Many comics of that era showed women being forced into submission, but Wonder Woman was the only one that consistently showed a woman breaking free under her own power!
We're also treated to the usual supporting cast. Steve Trevor is on board, as is the Cheetah (possibly my favorite WW villain from the Golden Age), Queen Hippolyta and the Amazons of Paradise Island, and Etta Candy and the Holliday Girls!
Harry G. Peter's art doesn't have as much room to stretch in the strip format as it does in the books, he does a more than serviceable job here. Bear in mind that in the 1940s, strips were printed much larger, so the art did have some room to breathe! Peter's line vary from the mostly thin and more regular lines seen in the above strips to some wildly chunky brush strokes as the strip evolved. The elephants in the final strips are key examples of this.
Some readers have complained about the price tag, basically $50, relative to the content, 175 pages. While this is a bit leaner than some of the other volumes in the Library of American Comics series, I have no serious issues with having the whole run in one durable, handsome volume (with a bookmark ribbon, no less!). IDW has been taking some real chances on this series. I haven't seen sales figures overall, but this volume is ranked 108,000 +- on Amazon's charts, compared to the Batman Silver Age Dailies (mid- 75,000 range) and the Russ Manning Tarzan dailies (same range). So it appears the series overall is doing well enough, and while lagging a tad in sales, the Wonder Woman volume is holding its own.
Let's hope so. IDW has been doing some remarkable work in this series, and I for one would love to see more!
Next: Best Comics of 2014, No. 1.