Feels good to have a more normal Sunday again, starting the day with an art post!
This week, another chapter of Tranny Towers. 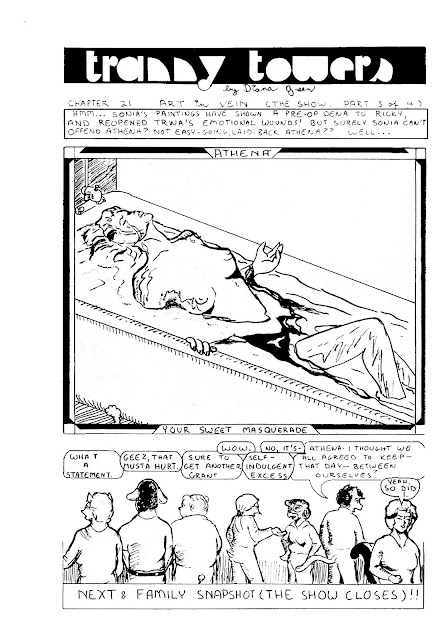 The emotional energy in this page was really rough to face. My old friend Diana (whose last name I can't recall at the moment), one of the first transsexuals to get surgery in MN, commented on the problem of depression and suicide.
"People don't accept us on our own terms, we're expected to give up family, our job prospects are greatly reduced as we get new expenses. Depression isn't a symptom of the condition, it's a symptom of the response others have to the condition."
That's a slight paraphrase, but you get the gist.
That other Diana has been very active in local and state politics. She told me to consider becoming more politically active after watching me lobbying and testifying at the State Senate circa 1995, and I did so consider. Briefly.
As far as the story goes, this was intended to be the climactic scene in Athena's own storyline. But there are cliches in stories about trans folk, and two of them are suicide and meeting your other self, the one born to the "right" body. The story revolved around those, so I - well, I didn't so much scrap it as just wander away from it. But I think I'll do the post-suicide attempt "meet your other self" scene as a separate short story at some point.
In terms of the art, the Deco typeface and border are from books complied by the great Leslie Cabarga. His contemporary take on the Noveau and Deco styles is always welcome, and his work as a historian in the Fleischer cartoon studios, while debated by some, is laudable.
The central image works, but I've never been completely happy with the proportions. My specific issue is Athena's size relative to the tub. That's got to be one long bathtub!
Next, if we're back in the rotation, a new Surrealist Cowgirls page. I hope so, but we'll see. I'll have something next week no matter what!
on October 09, 2011 No comments: 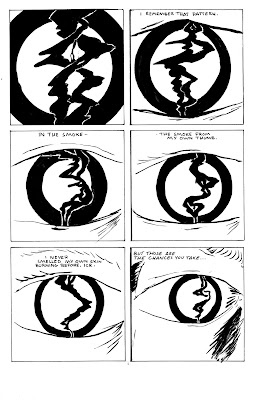 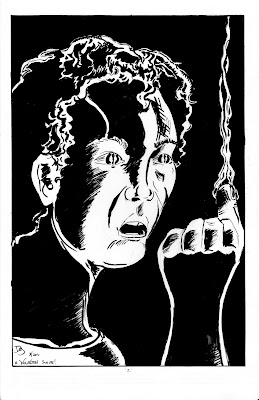 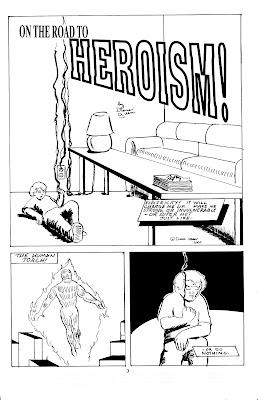 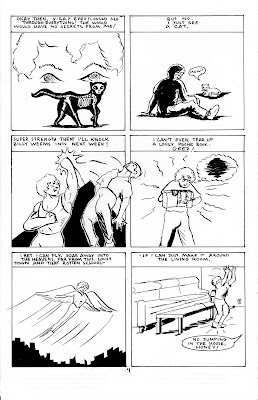 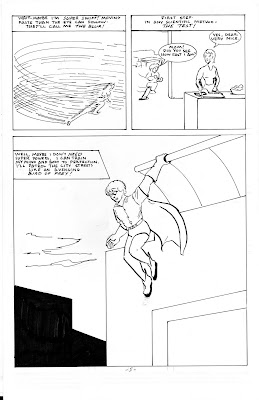 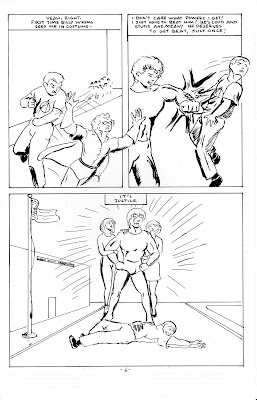 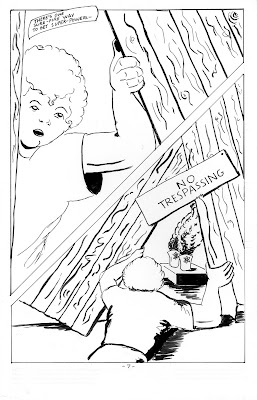 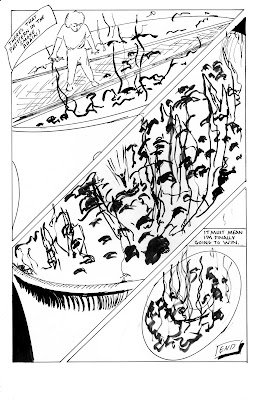 Wow, that kid's one sad character, in every sense!
Page 2 is a mediocre Berni Wrightson swipe. If I ever go to press with this, as part of an anthology book, I'll rework that page first.
Other than that, this is an opportunity to play with superhero stuff a bit. I didn't spend much time trying to draw superhero stuff after junior high school, and I just wanted to have a little fun with it.
Also, I know a nuclear plant would be much more securely guarded than that.
next: depends. I unearthed a trove of back work, but I harbor hopes of getting back to the boards soon. The Cowgirls await!
on October 02, 2011 No comments: