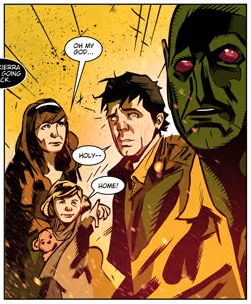 Mitch Gerads' art is both graceful and choppy, alternately invoking Krigstein, Nino and Al Williamson. Scott Dillon's writing is deeply steeped in pulp/space opera traditions, dancing on the edge of being an old chestnut, but avoiding that through innovative plot elements and sheer energy.
I mean really. Vampire grasses. How much fun is that? 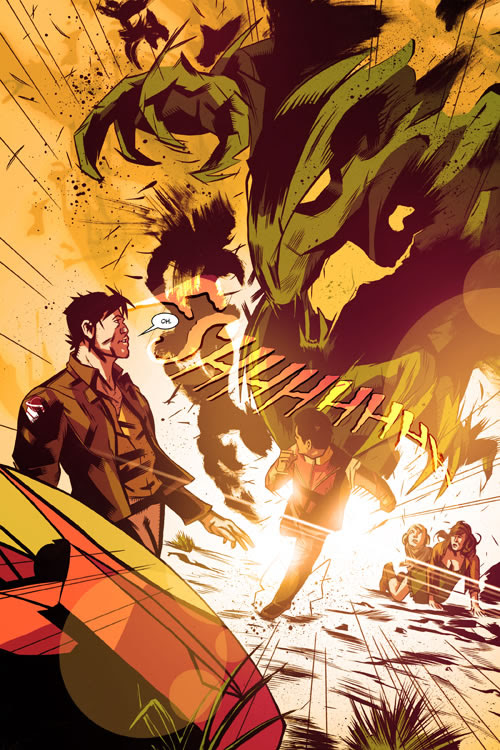 Gerads and Dillon's Popgun Pulp Comics puts out a very professional product (but guys, you really need to update your webpage!). They've been tight and professional, and quite aggressive, in their marketing. As they are locals, I've seen their solicitation postcards promising oodles of delicious goodies at comic stores in the Twin Cities metro.
But it wasn't until recently that I became aware of their successful use of Kickstarter.
I really like Kickstarter. It adheres to a core philosophy I've tried hard to embrace in the last couple years: abundance. If your work is good enough, the support for it is out there. If the work is lacking, make it better. Kickstarter is the ultimate put up or shut up model, and is successful more times than not. It's a fascinating hybrid of capitalism, socialism and craftsmanship.
Here's the Popgun Pulp video used in their successful Kickstarter funding for this issue.

With local marketing blitzes, successful Kickstarter funding,and POD through KABLAM, these guys are the epitome of the future of comics publishing.
It's about recognizing that no one approach will do the job any more. In order to achieve whatever measure of success remains possible in comics, one must employ multiple strategies.
Even then, it's a crapshoot.
Your odds are helped if you tell your story well.
Vampire grasses. Marshans. A heroine sidekick who kicks some serious alien bad guy butt.
Way to go, guys.