A few days late due to the holidays, but I did have a couple pieces scanned ahead to carry through the down time. Scanner access returns next week, so depending on work schedule, no further problems anticipated.
In 2001, I attended my second GORGG. In preparation for the event, I offered a couple T-Shirt ideas. One was later used for a CD cover, and the other, which I actually preferred, remained lost to posterity.
Until now. 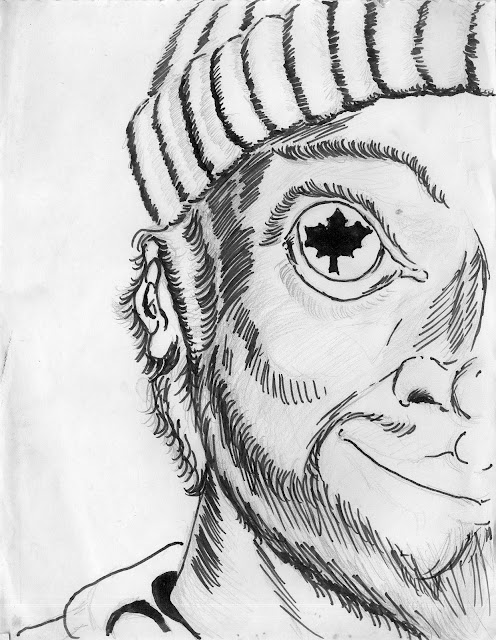 The design is clean and effective, but it may have been too subtle for the crowd. Also, the ear is a bit too small.
I also did a piece inspired by Robert Crumb, which made it to the cover of the Jam CD, the first GORGG jam ever! 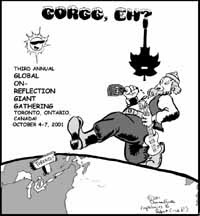 The image was distorted slightly for the CD cover, but I like the playfulness of it, and the maple leaf guitar remains a favorite symbol.
As I prepare to teach History of Rock & Roll in a couple weeks, I find music in general and Gentle Giant in particular very much in my thoughts. While it's unlikely I'll be able to attend the 2012 GORGG in Israel, much as I would love to go, the 2013 gathering in Chicago seems feasible.
Next: a surprise.