Spent part of the afternoon with my casual buddy Terry Beatty and his son Kirby. I mean really, what else would a comic artist and comic hound name his son but Kirby?
The purose of the visit, aside from interrupting Terry's work drawing the next book in The Road to Perdition series, was to get him to sign my friend James' four (!) bound volumes of The Complete Ms. Tree in four hardbound volumes.
A quick word about binding. people are starting to get into it as a way of archiving collections, and organizing the content to your liking.  You assemble the material in the order you want it bound, send it to a book bindery that specializes in such things (and there are a few), and for a reasonable fee, you get back a book made of your comics. Some just send them in. Others remove ads, reorder stories, take books apart, order custom die stamps for the books' covers, and make dustjackets for them. It's about having books you want to read instead of comics shoved in a box because there's no other practical way to store them.
Well, Terry thought I was just bringing over some old TPBs, and he was blown away. 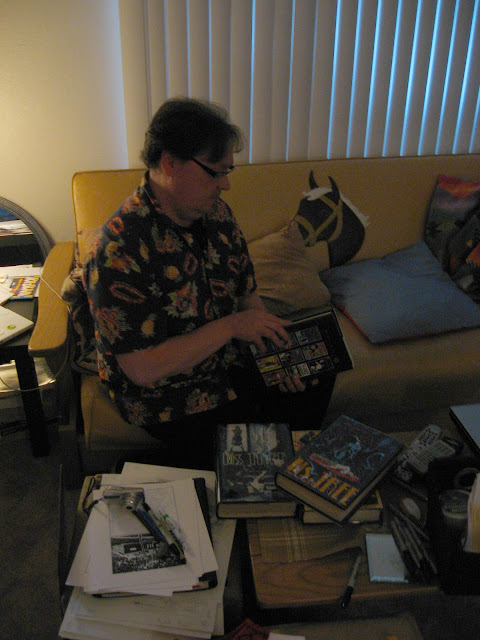 He was so delighted that he said James almost didn't get them back! As a fellow collector, James would appreciate the sentiment.

But that's the thing about Terry. He's one of us. 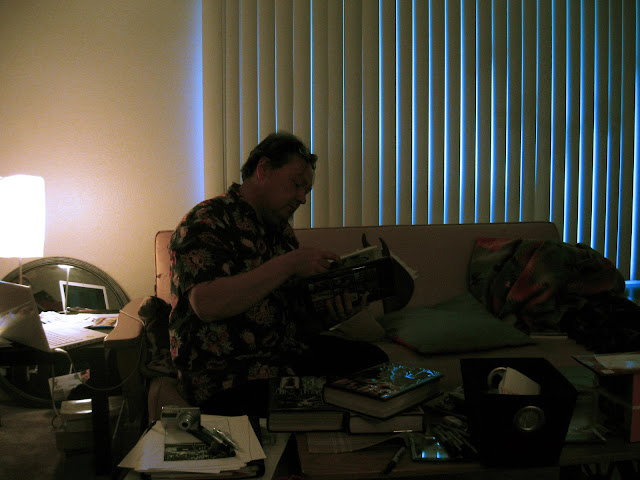 He invited me to take a quick look at his studio, replete with 50s mini-bar holding his computer, all the cool Harryhausen statues and Big Little Books, all the comics we both love. It's rare these days that I have this kind of in-person time with someone else who really gets comics, especially someone around the same age, so it was too much fun.

And Kirby is a trip! Great little dude! 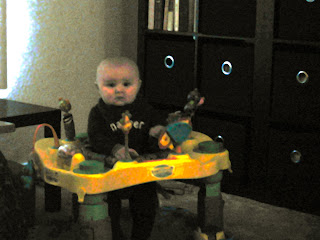 So much has happened in the past year. I've wondered a bit if my rekindled interest in my comic archive/library/collection/mausoleum was a way to avoid facing some of it. Lord knows this binding thing has eaten some time of late.

Maybe, but I doubt it.

My rekindled passion for comics is awakening other dormant passions and disciplines. I think it's there for me, and not me for it. To me and those like me, comics are akin to Jim Morrison's description of making music, a pure expression of joy.

It's hard for some people to understand how anyone can get that excited about a stack of comic books. I get that.

They're just not one of us.

Party on, Terry and Kirby!