Back in the saddle again, after a month of other posts!
I'm dipping into the vault again, while I finalize a Surrealist Cowgirls mini-project.
This was my second published comic, done as my senior project for completion of my BFA in comic book illustration from MCAD.
The concept is simple: a man ends up on a series of mystery-adventures, when all he really wants to do is conduct his all-girl big band.  A bit of an unintentional riff on The Trouble With Girls, an adventure/comedy book about a reluctant spy type. I'd read that book years before and forgot about it until I found my copy in my collection, after I completed this, and realized the parallel.
Here's the cover for Speedy Ricuverri and His All-Girl Orchestra no. 1: 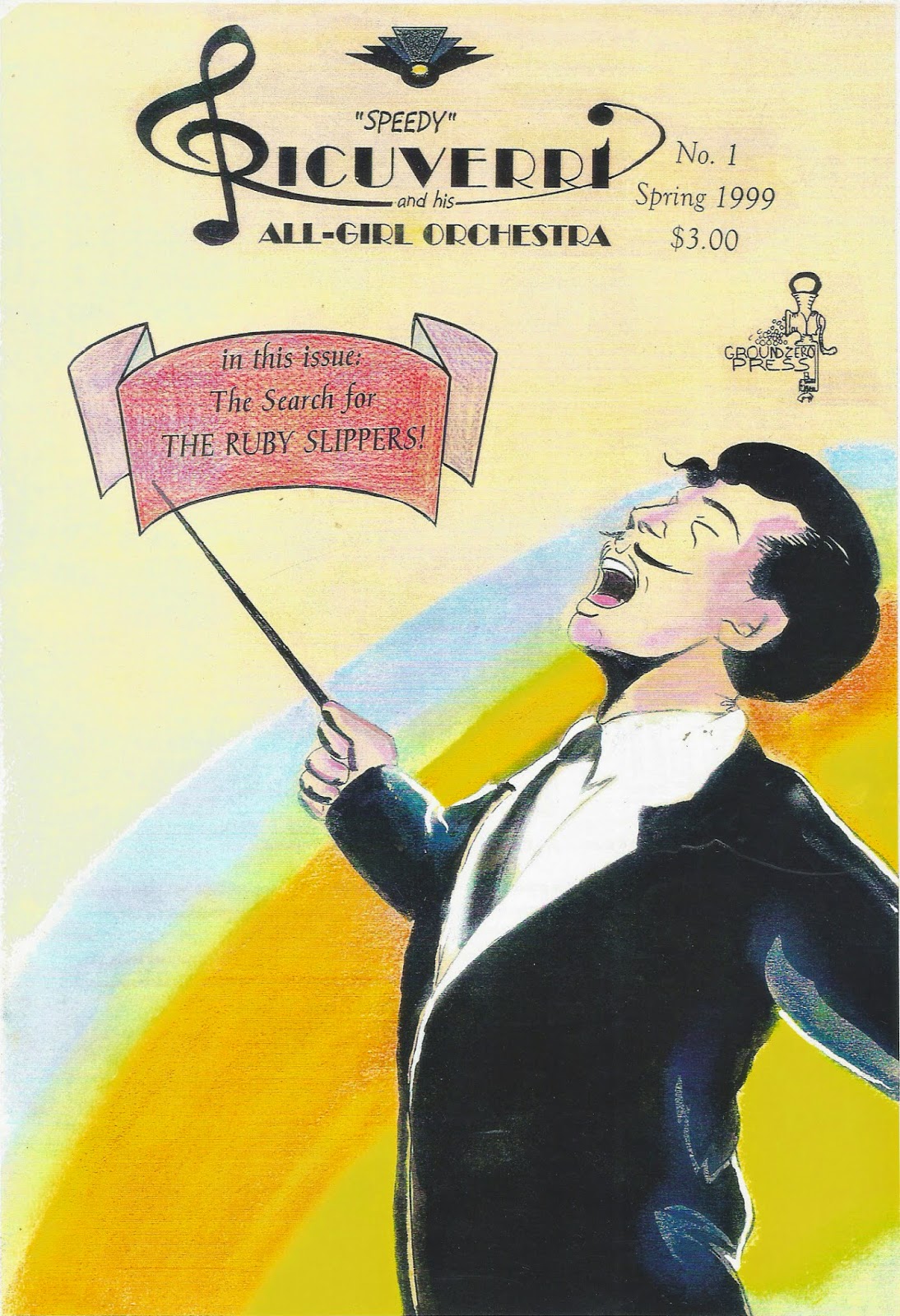 The fine print: this was done in pastel over ink, on colored paper. Note the paper texture showing through the title banner ("in this issue..."). Letting the local color of the paper serve as part of the background is a nice touch, reminiscent of Coles Phillips fadeaways, though not used as elegantly here as Phillips managed to do. I popped in a couple nice Deco elements to reinforce the Big Band era feel. I do love the design of the title, but the "R" could be a bit more distinct.
I should have named the book "Speedy Recovery", since nobody knew that was how Ricuverri was pronounced until they read the book! Not much point in having an unexplained pun on the front cover.
Lots of inspirations for this book, but I'll talk more about those in coming weeks. For this piece, I used the aforementioned Deco elements and a layout from a Cab Calloway VHS tape. The look of Speedy, our principal character, is part Superman, part Clark Gable, and a touch of Rocky from the first movie.
I'll be posting some more pages of this in big chunks as the weeks go on- I'm not interested in spending half a year posting it, but I would like to get the whole book posted.
Next: either more Speedy or that pesky little Cowgirls thing that drags out so....
on February 08, 2015 No comments: