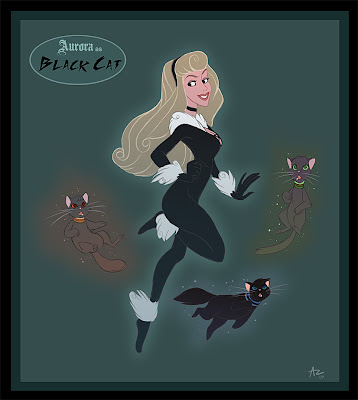 I would be a bad toad if I neglected to comment on the purchase of Marvel by Disney.
Well, I'm not too sure what to say.
Truth is, the jury's still out on the impact (if any) this will have on creative output from Marvel. I do hope it improves the visual quality of Marvel animation!
But I can't help but reminisce about past similar deals.
DC acquired Captain Marvel decades after suing to prevent publication of the character. And DC became a subsidiary of Time-Warner, allowing for the flawed but interesting Bugs Bunny/Superman teamup of a while back.
Now Disney controls over 5000 Marvel characters, including Howard the Duck, a character over whom Disney once threatened suit. This resulted in numerous alterations to Howard's appearance, some of which were ludicrous. I mean really. Disney cornering the market on round-eyed, ill-tempered ducks is every bit as silly as Harley-Davidson attempting to patent the sound of its choppers, or Donald Trump attempting to trademark the phrase "you're fired", or the greatest irony of all, Fox News attempting to trademark the phrase "fair and balanced."
Well, now Howard is a Disney Duck. It remains to be seen whether he will be welcomed to the fold, or tolerated with embarrassed silence.
However, one can take hope in the crossover of so many copyrighted characters in Who Framed Roger Rabbit? This remains the only time a Warner Brothers toon (Daffy) appears on screen with a Disney toon (Donald).
Of course, that's now also a DC- Marvel crossover! Well, after a fashion.
The bind moggles.
Special thanks to the immensely talented Amanda Zima for permission to repost her wonderful Aurora/Black Cat image!
on September 03, 2009 1 comment: