Almost over illnesses, not working either job today. So an opportunity to post after some serious neglect!
Here's the first story page of the Speedy Recovery narrative. 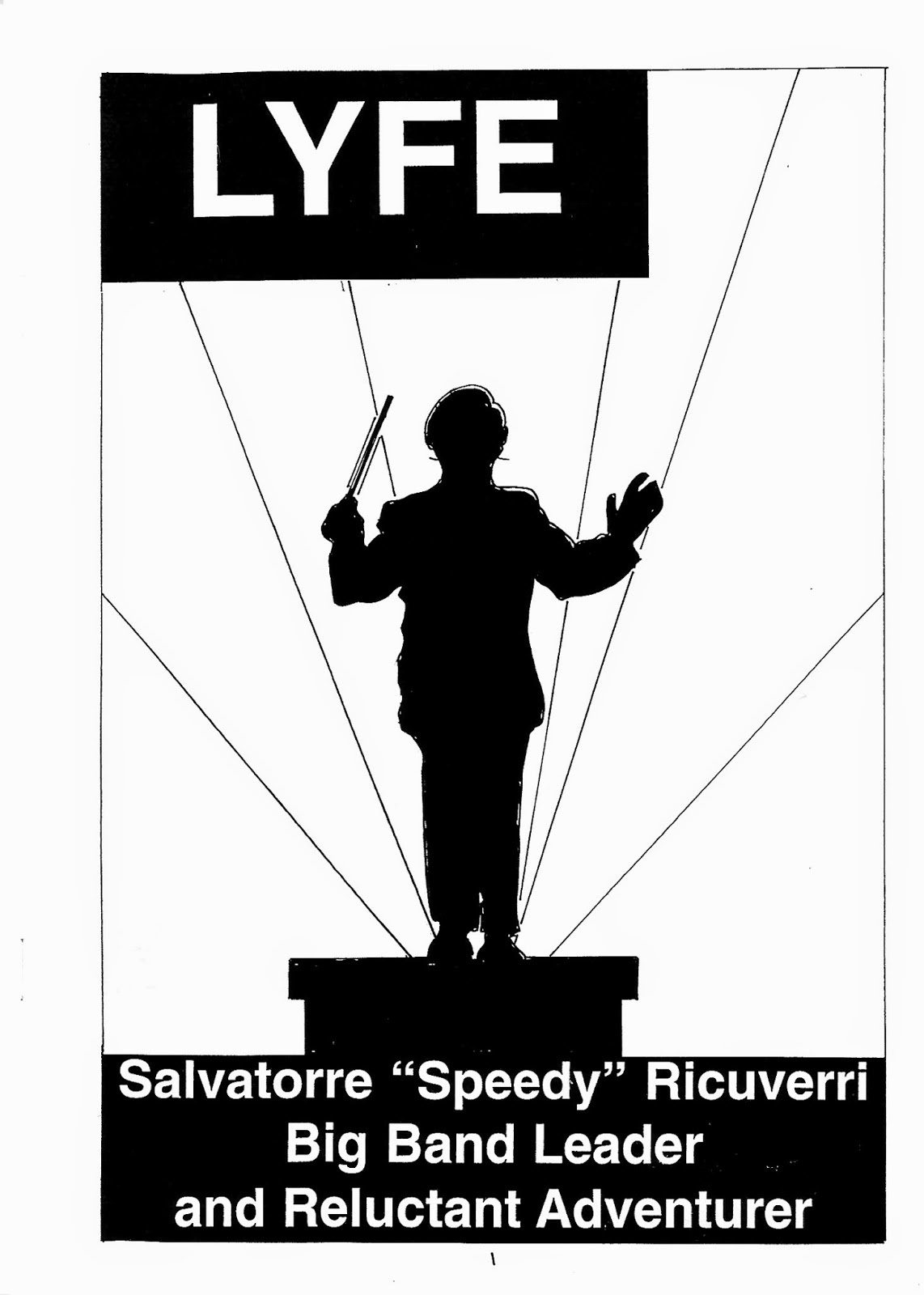 More of a teaser page, a bit more of a descriptor than the cover, this is modeled after the old Life magazines, of course. I had been watching Fantasia and was taken with the image of Stokowski conducting in silhouette, added a couple simple design elements (while strangely neglecting a date or price on the magazine cover), and there we are.
No Photoshop in putting the original books together. I Xeroxed the pages down from 11 x 17" to 8 1/2 x 11", trimmed a bit, set them up on old-school flats, doing the pagination via a mock-up, and ran Xeroxes of the flats. I then took them to Kinko's where I had the covers printed and the run stapled and trimmed. MCAD did no have a service bureau then!
Next: well, the next page, of course!
on March 03, 2015 No comments: