Several years ago, I presented my first paper at San Diego Comic Con. I shared a panel with comics theorist Neil Cohn and teacher/colorist/theorist/ all around nice guy Durwin Talon.
Shortly thereafter, I realized that Mr. Talon had edited a book on comics technique that I find indispensable, Panel Discussions.
So when the first book of his solo title BONDS was released from Image comics in later summer 2007, I was pleasantly surprised to find such a smart read.
Told in three movements, Allegro (book 1), Adagio (book 2), and Finale (book 3), this is the story of a woman avenging her father's death at the hands of his corporate masters. Said masters were hell-bent on using the father's invention for military purposes, anathema to his intent.
Unbeknownst to all, including Faith, our heroine, she is also heiress to an elemental power. She can move life energy. But that's all it does- it moves. Its previous inhabitant no longer lives.
Since Durwin teaches at various institutions (he was working in the much-debated comic art program at Savannah College of Art & Design at the time of our panel) and gave a paper on color theory in comics as his portion of our panel (mine was a structural analysis of the work of Vaughn Bode'), I was eager to see his colors applied to his own ideas. The book did not disappoint. It's visually stunning in a very precise way.
Issue 2 came out shortly thereafter.
Then nothing.
I ran into Durwin working a table at San Diego the following year. Eagerly, I asked about BONDS #3,  and was told that the work was not quite done, but would I like to see preliminary pages to date?
Trying not to drool on them, I eagerly lavished over the plastic-sleeved color prelims.
Fantastic work.
Late this summer, BONDS #3 finally surfaced.
Here's Durwin with the book, from his shared blog.
Did I mention he's very cute? Well, he is. 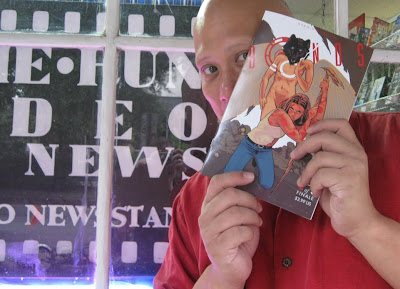 And the cover of the book in question: 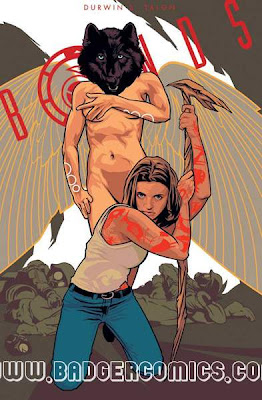 I love the design sense that Durwin brings to his work, and that he doesn't rely on line to define form. His use of color for narrative flow and psychological effect is amply effective.

And it's an exciting, smart story that does not lack for humanity. 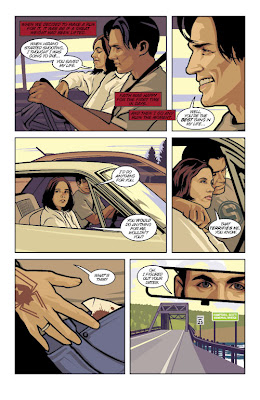 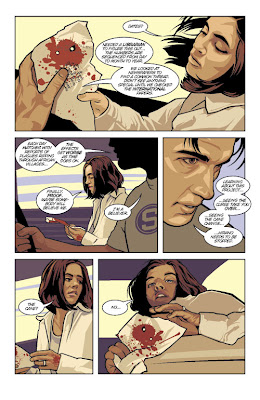 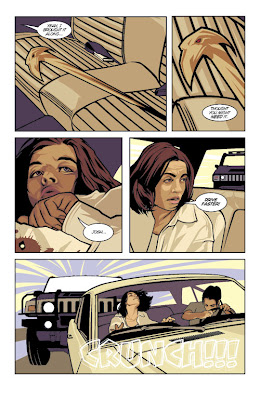 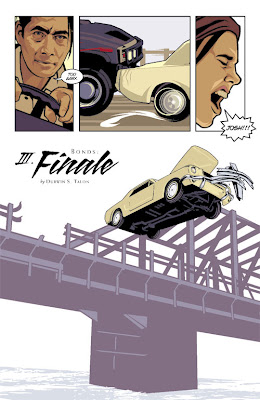 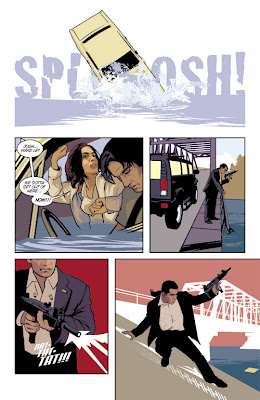 This one snuck under the radar of a great many people, probably due to the long wait for the final issue. But it's  worth a hunt. I hope it gets a proper collection at some point, and I'd love to see more!