Whoda thunk it?
There should be no way The Muppet Show would translate into a comic book. Gags are dependent on timing, and there's so much of this you just can't reproduce on a printed page.

It's so delightful in such a cornball way. There should be no way that the old guys in the balcony or the backstage antics work in a comic book.
But they do! 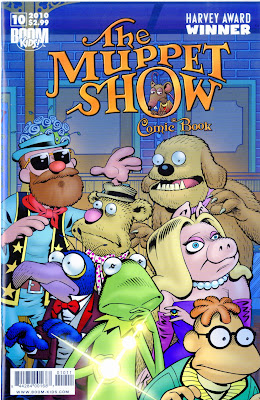 The drawing is perfect. Much as I like The Simpsons comic line, sometimes the art is just wrong for the characters. Not so here!

Every issue, there's a couple story lines going- the one onstage and the one backstage, just like in the show. However, in the comic, they can stretch a bit more. the layouts offer chances for innovation, and they're able to take the storyline outside the studio, which the show seldom did (aside, of course, from the immortal PIGS IN SPACE, which I still say should have been a feature film). 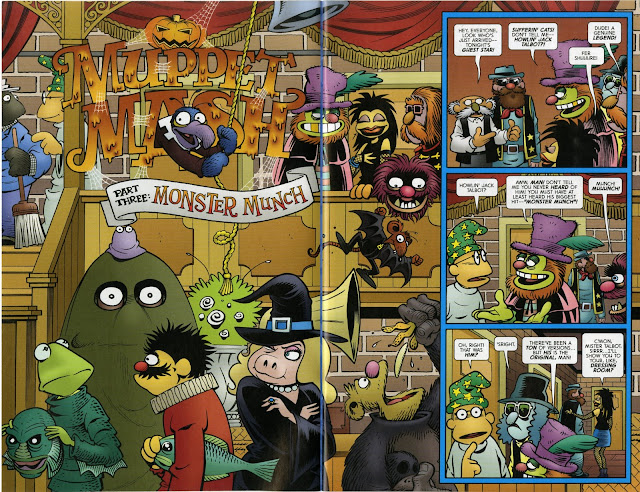 Charming, witty stories of werewolves and Sherlock Holmes pastiches, interspersed with wisecracking deities gaming with the lives of our troupe.
Writer/artist Roger Landridge, who sadly announced his departure from  the book amicably for his own reasons by the end of 2010, created an unexpected masterpiece out of what was largely thought of as a dated kids' show. The artist on issues 4 - 8 was one Amy Mebberson, whose work is deserving of recognition in its own right.
Landridge began doing Muppet comics in the late lamented Disney Adventures Digest. this was another haven for kid's comics.
A couple points need to be made here.
First, I'm so sick of hearing things like "safe for kids" and "fun for all ages"that I could puke coat hangers. A good story is a good story is a good story. Are there stories that are too nuanced for kids? Possibly, but you could make the same argument for many adults. Sadly, there are a  large number of adults who think this material is somehow beneath them, more fools they.
Second, this is not the first time that The Muppets have been around the funny books. In addition to appearances in The Muppet Magazine of the mid-80s, Marvel had a great Muppet Babies comic as part of their 80s Star! line of comics aimed at the youth market. 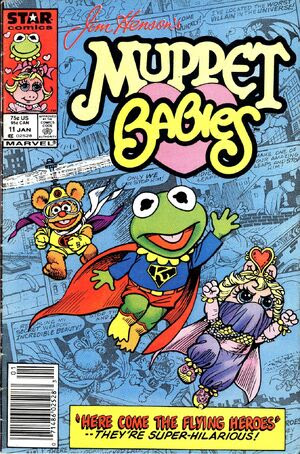 These were also very smart, imaginative comics. But Muppet Babies was the best thing on Saturday morning for 7 years (1984 - 1991), so they had great source material too.
We wish Landridge well in his future endeavors. He's also moving on from writing THOR, which means we'll probably never see this scene.... 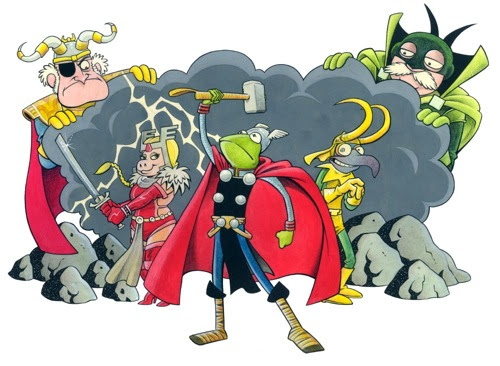 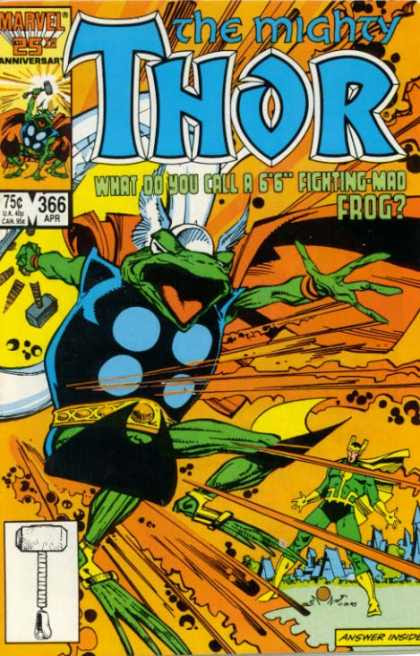 This was a surprise.
Daytripper is the life of a writer, one Bras de Oliva Domingos. Told in pivotal moments and the events leading up to them, he dies at the end of every issue. Each death is a death of a part of him, though all are presented as literal deaths. 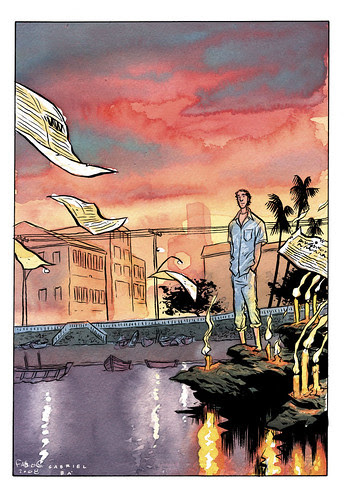 This is eloquent, tender, raw and brutally honest. Daytripper avoids being saccharine or cynical.  The book's creative team, Fabio Moon and Gabriel Ba, are doing the con circuit starting this year in Peru! Gabriel is the artist on the new Marvel book Casanova, written by Matt Fraction. 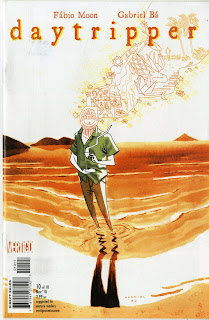 Moon's and Ba's art (they work in tandem on writing and illustration)has that slight distortion that reminds me of both Paul Pope and Ryan Kelly. Its fascinating, having qualities of simplicity and complexity simultaneously.
And the writing - well, the writing just pulses. 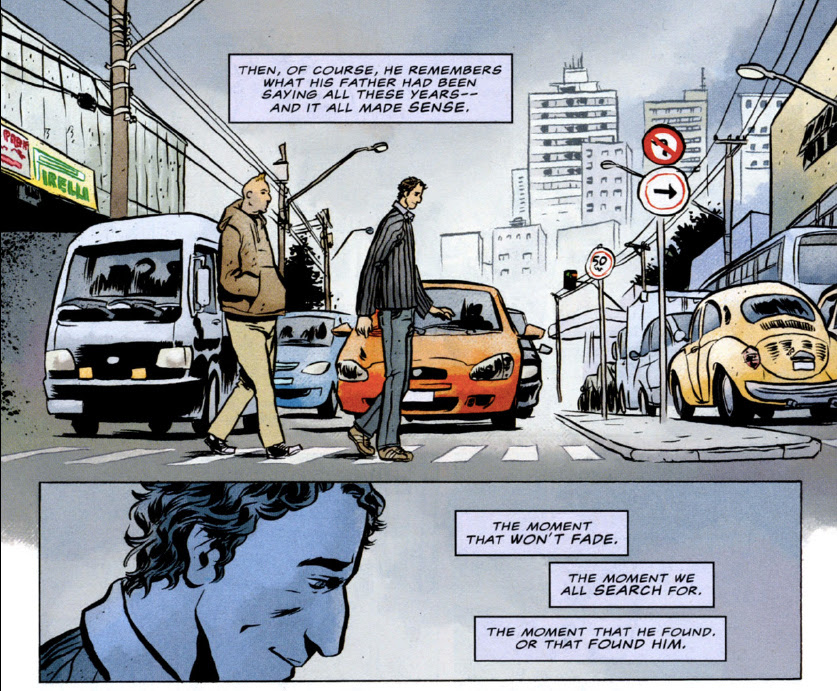 It's a book about being there for your own life, even when that means accepting your failures without ennobling them.
It's a book of wonder, not flinching from any part of the human condition.
And it's set in contemporary Brazil.

Sadly, as well received as the book was critically, it didn't translate into sales. Following issue #1, Daytripper's sales were consistently below the 10,000 copy mark, according to monthly reports at The Beat. I am hopeful that sales of the TPB, due out next month, will eclipse that.
We've speculated here in the past that the "floppy", the conventional comic book periodical, may be little more than a loss leader for TPBs in today's comic market. Based on some of the figures Colleen Doran has reported on her blog (and if you're not reading Colleen's blog, go do so right now- it's linked on this one and I'll still be here when you're done), I've come to question that blanket supposition lately.I'm not convinced that TPBs actually sell better, despite having presumably longer shelf life and a more diverse marketing and distribution platform.
But when Vertigo, a branch of DC Comics, can't move 10,000 units of so eloquent a book as Daytripper, we have a problem.
Next: Best of 2010, No. 2, part 2: light the lights!
on January 17, 2011 No comments: