I always look at new Vertigo titles, but rarely pick them up. I've lost faith in cynicism, I guess.
But this one, coming in at $1 for the first issue (a stunt they also used for Sweet Tooth) roped me in. 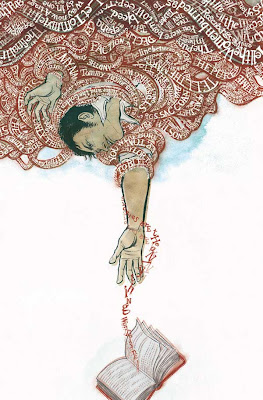 The Unwritten is the story of Tom Taylor, whose father ostensibly used him as the model for the Tommy Taylor novels (think Harry Potter on that one).

Problem is, the father is long gone, presumed dead, and Tom is forced to scrape out a living doing fantasy conventions, trading on his father's name and work. 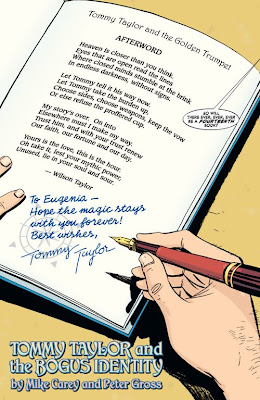 A fan asks him an unnerving question. 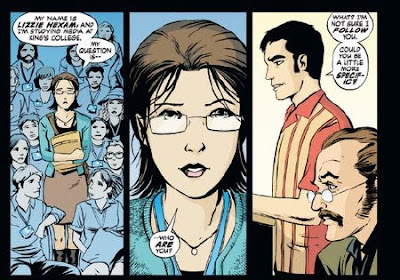 Whereupon it is revealed that Tom's parentage, hence his livelihood,  is questionable.

Shortly thereafter, when visiting his childhood home, also the place where both Frankenstein and Paradise Lost were written (Tom's father insisted that Tom be well-versed in literary geography), Tom is set up for the multiple murder of a gaggle of horror and fantasy writers.

As Tom is taken to prison, in France no less, it is revealed that his father was but one in a line of authors who worked in thrall to a powerful paranormal cabal, the parameters of which are not yet fully revealed. But we readers are shown that this group had Kipling's child destroyed in retaliation for his rebellion, and that Twain's refusal to do business with them had its price in his life as well. 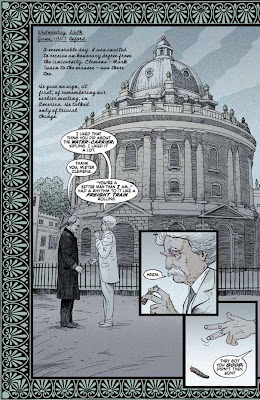 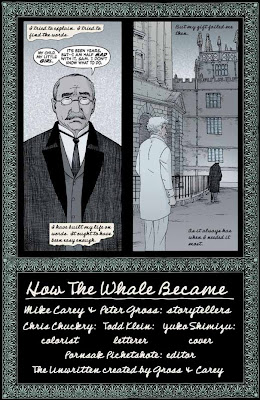 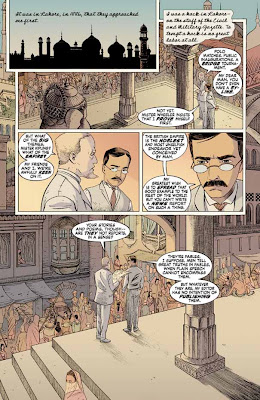 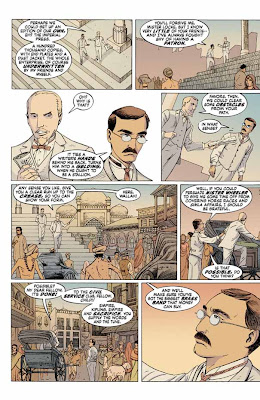 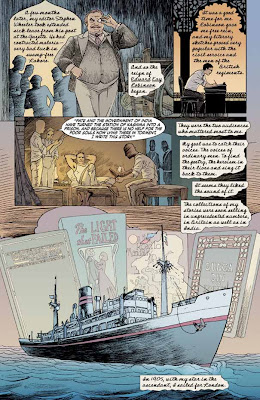 The bloody henchman of the literary cabal is alluded to being behind Kipling's son's demise is the same being responsible for the murders our Tom is accused of some 75 years later, and looks to be the same age as he was at that time.

While in prison, tom has one of a series of conversations with the Frankenstein monster. 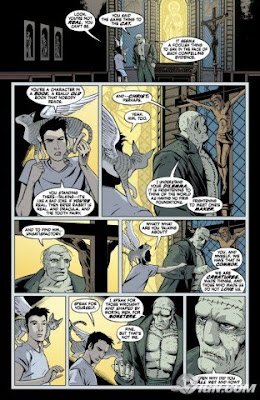 In this talk, the monster states quite directly that Tom himself is a fictional character and is unaware of his own nature and power.

This book is revelation on revelation. Along with Sweet Tooth, the best things to come out of Vertigo for a long time.

The writing is an improvement over Mike Carey's past work. I've always like his plotting but found that his characters tend to have the same voice. That is hardly the case in this book. The character of the warden is noteworthy- fiercely loyal to his children and defending and fostering their imaginations, yet sere in his approach to his inmates.

There's a device used to advance the plot that's getting a bit old. Pages are meant to represent chat rooms and blogs, seeing events unfold online from the public's perspective. There are several of these per issue, and it makes for some frustrating pacing at times, switching between simulated screens and more conventional comic pages. It works, but is a bit overused.

The art moves the story along well. In full disclosure, I did study under the artist, Peter Gross, for two years while completing my undergraduate degree, and have a larger sense of his narrative technique as a result. Also, his assistant on the first issue or two (uncredited) was a former comics history student of mine and coworker in SES, Evan Palmer. So my view of the art is slightly tainted by Old Home Week.

But let that not distract us from the quality here. Though more spare than someone like Craig Russell, Peter Gross's work is fluid, imaginative and works cleanly in service to the story.

Issue 9 is schedule to come out this week. I await it eagerly. What began as a mildly interesting Harry Potter pastiche immediately turned the corner and ventured into challenging territory.

I mean, where else can you see the knight Roland materialize outside a 21st century prison? 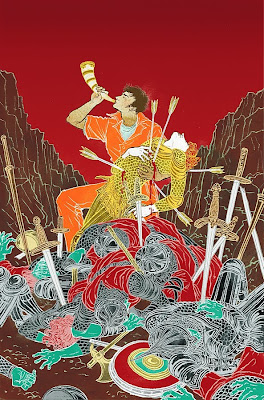