Who gets to call it Art? 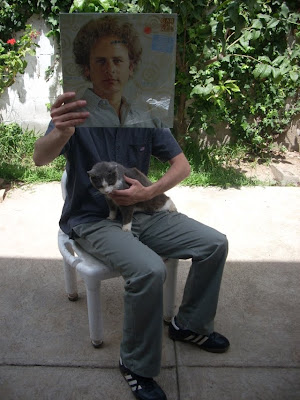 Freely stolen from the Sleeveface blog!

Just posting one page this week. Narrative flow and all that. 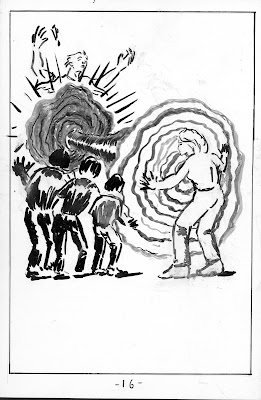 This is the climactic moment in the confrontation with the predator.

When I show people this page in person, I get one of two reactions.

Which pretty much sums up my response to the story at this point. I'm not sure what it's about, but I know where it's going. Much like the Nesmith line, "though my path is planned, it's not rehearsed."

Tech specs: original done on semi-gloss backing board, coated 3-ply Bristol cut to the size of a modern comic page, in grayscale brush tip marker, using an ink rather than the icky stinky stuff that markers are often loaded with.