Just to get back on schedule, some pieces from a sketchbook I found in the basement a couple days ago.
This work dates back to the tail end of my relationship with a rather abusive man, and represents a paradoxical confidence in my artwork that I did not have in the rest of my life at the time.
First up: Frosty! 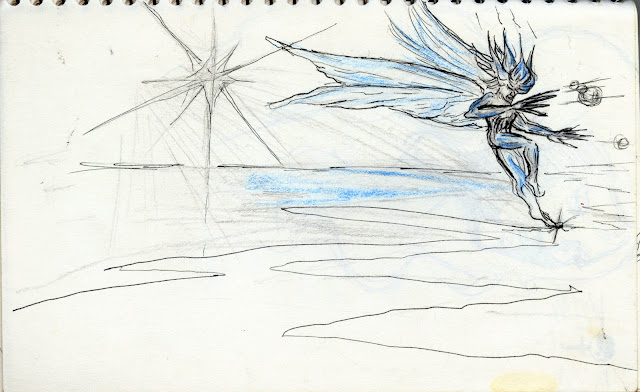 I was thinking about the frost dance in Fantasia when I drew this. The glee and impudence of the character appealed to me.
Media: Pencil, pen & ink, colored pencil.
Next up: Aw Reet! 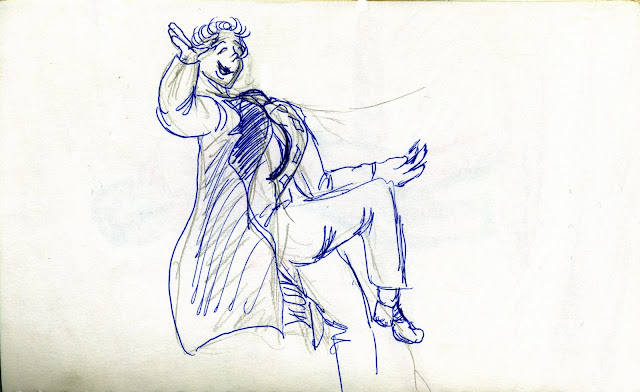 Proportions not spectacular here, but I was enjoying playing with a looser style than I had been using at the time. "Cartoony" (whatever that is) is not where my strengths lie, but I do so love that kind of work if it's done well. And so much energy!
Media: pencil, ballpoint pen.
Third: Miles of Horns 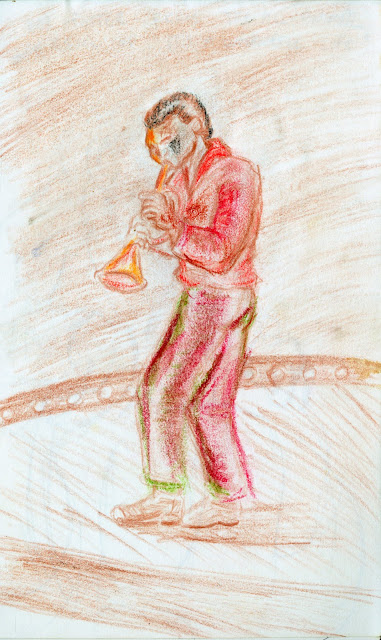 Just jumped right in with the final media here, going for a feeling first and accuracy second. I've tried a couple pieces over the years inspired by early Miles Davis. That someone can be so vibrant and urgent and so serene at the same time leaves me in awe.
Medium: colored pencil.
Finally: AUM. 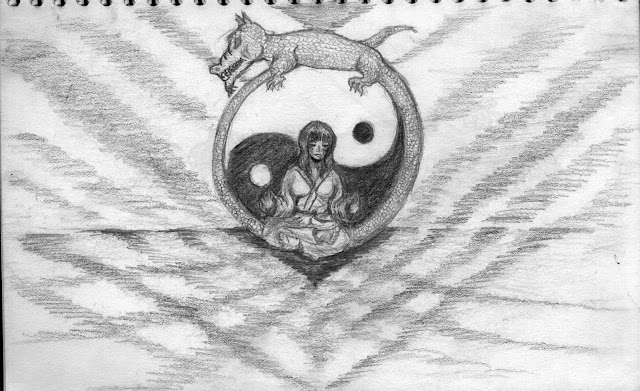 I really like this one.
This is a piece where I just took my time, tried to make as few corrections as possible, and let the ideas develop as the work did.
I've done very little formal meditation, but I have a great respect for its power.
The force lines creating a pattern of energy around the central figure strike me as the way it all works, sort of.
My only concern on this one is that the dragon is a bit more of a puppy- kind of a beagle-dragon, if you will. I did try to emulate the Chinese dragon over the European dragon, despite my association of the Yin-Yang symbol with Japan. Oh well. Mix two metaphors and call me in the morning.
So there we have it. Some pretty good work coming out of a pretty bad time!
Midwest PCA is this coming weekend, and I'm presenting a paper. Despite that, I hope to have a new page of A Private Myth for next week.
on September 27, 2010 No comments: