Next Cowgirls page is nearly done. Since I just put in over 100 hours in two weeks, I hope you'll understand a slight delay! The page is more detailed than some of late, and I want to take the time to do this one to my full satisfaction.
Meanwhile, as I was putting some originals in order, I found another page from the aborted Pirate Alphabet project I started in 1999. This one was on the subject of women as pirates! 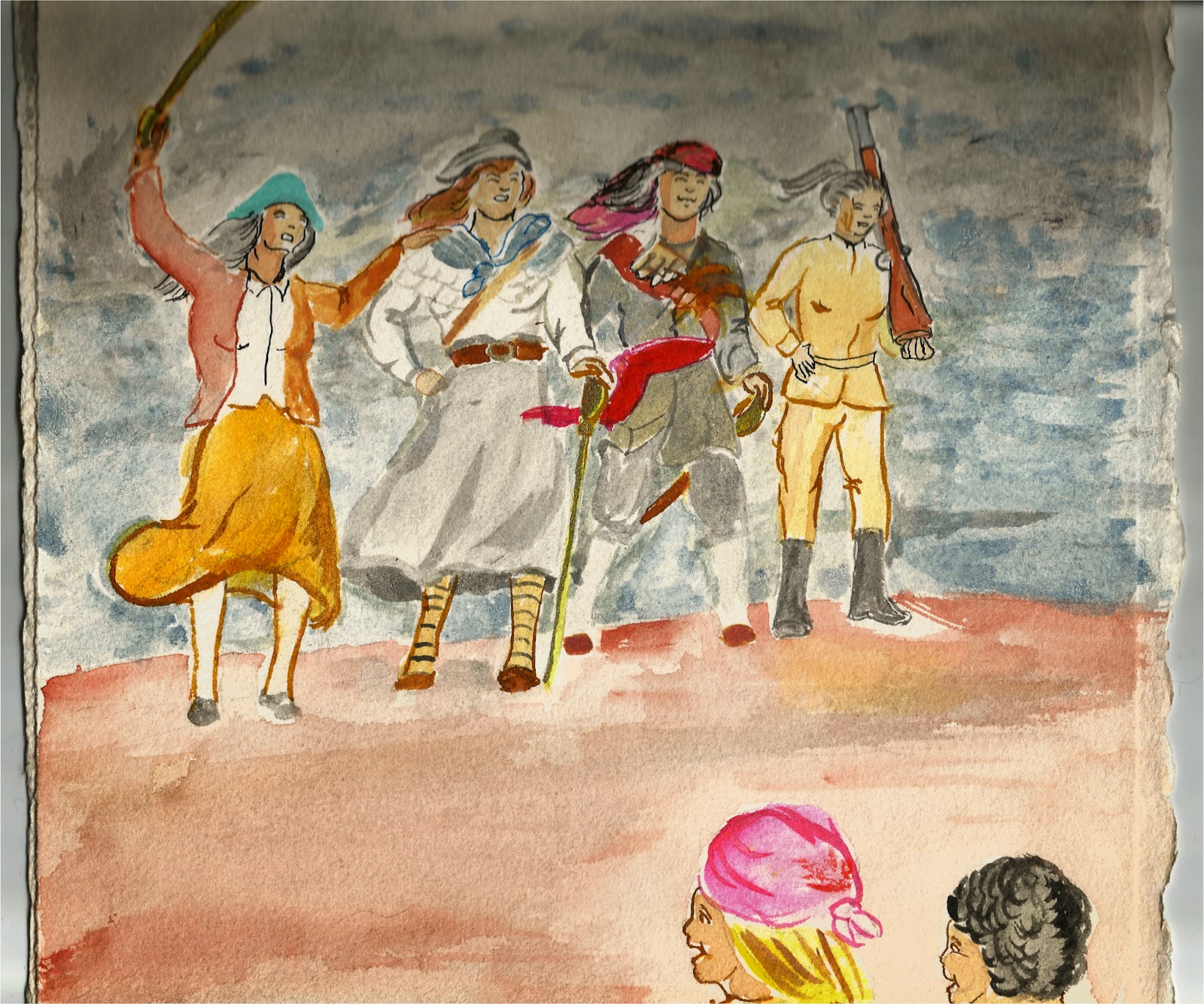 This was done on 300# deckle edge watercolor paper. The media were watercolors (a bit), colored inks and dyes (mostly) and crowquill and ink (a touch for outlining). I had a great time researching these ladies! Stylistically, the main figures work very well and Penny and her friend (lower right corner) are rendered in a style consistent with their appearance in the rest of the book, but there's a bit of a detach between the two styles.
Of all the projects I've left unfinished, I think this is one I'd like to complete most. It should go back on the list....
Next, back to the Cowgirls bedtime story!