Comic book antiquty No. 3: Bringing Up Father, the Musical

Well, the new page is on the drawing board, and I want to take my time with it. A couple things are giving me grief, and my time is divided between that, finishing the semester, meeting writing deadlines and other mundanities of life.
To tide us over, I am offering another in my infrequent series of Comic Book Antiquities.
This is sheet music dated 1915, MCMXV, for all you Roman Numeral fans out there, from the Bringing Up Father musical. It is from one of the touring company versions of the show.
There are several things worth mentioning here. First, for those unfamiliar with the strip, the plot of Bringing Up Father revolves around Irish immigrants Maggie and Jiggs, who win the Irish Sweepstakes shortly after immigrating to America. Maggie wants to advance into high society. Jiggs does not.
For more on the musical itself, scroll down on Clark Holloway's excellent Bringing Up Father page.
Aside from the class issues raised by the strip, it's noteworthy in a couple other ways. First, it's really funny. Second, it's distinguished by the Art Deco-influenced art of George McManus. 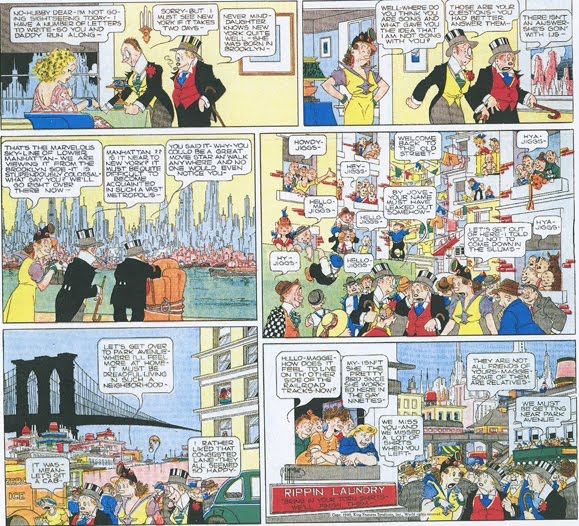 I got this sheet music off the free shelf at MCAD, where I teach, some time ago. I suspect it was left by Terry Beatty, as it appeared around the time of Terry's move.
The music is in tatters. Rather than do any kind of digital restoration, I am presenting the scans "as is". There's a charm and delight to the browned pages, which shed chips as they were handled for scanning.
More comments below the scans. As always, click on the scans for a larger version. 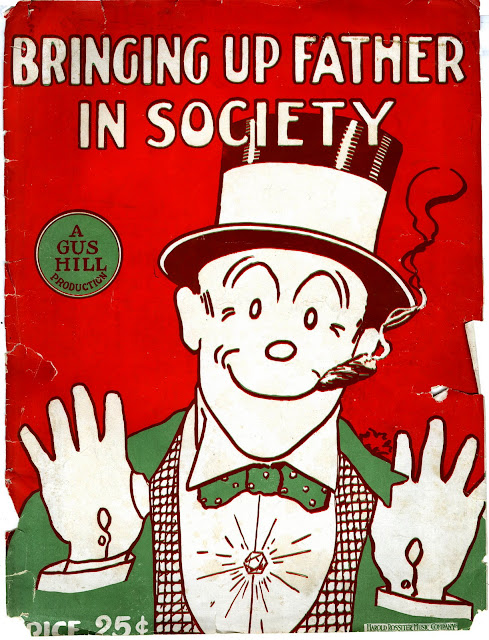 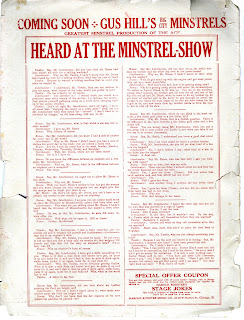 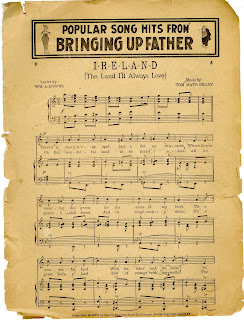 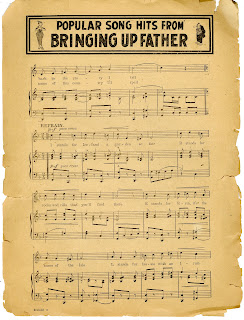 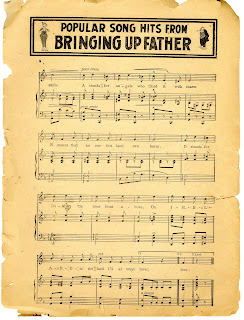 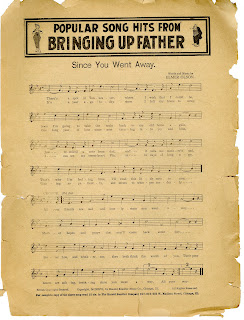 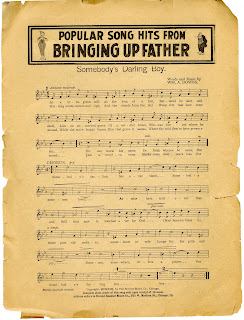 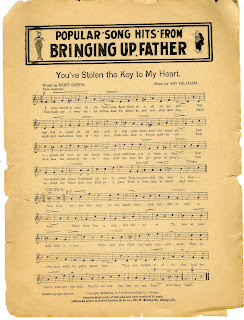 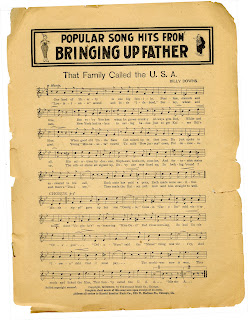 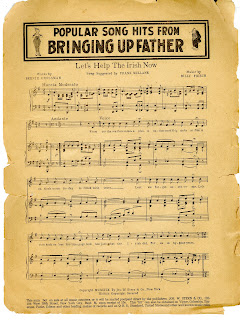 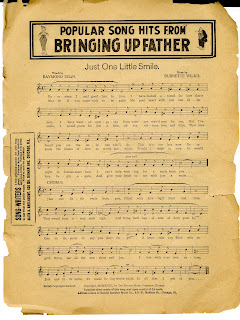 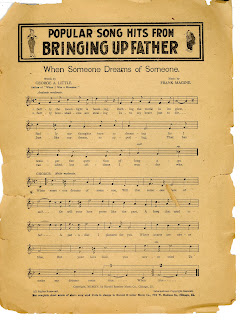 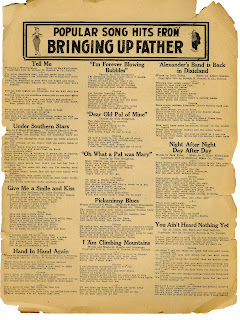 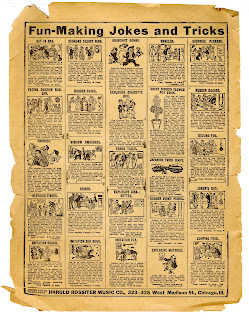 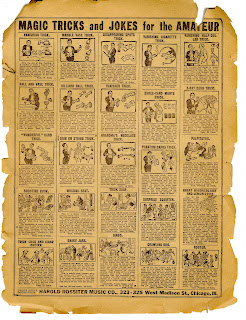 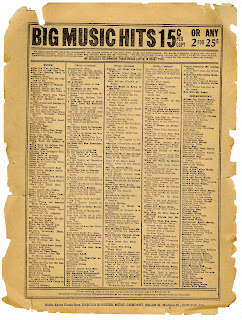 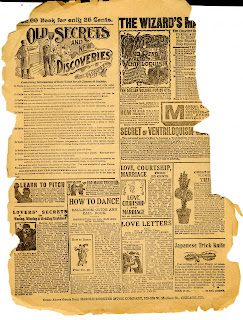 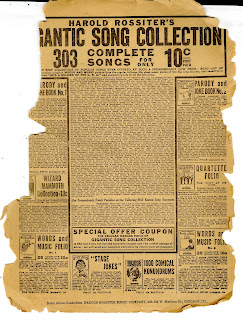 Further notes:
The back cover is missing, which would make the page count 20, not divisible by four, implying an unusual printing process, not done in signatures but in flats.
Some of the songs touch on issues of Irish loyalty and love, a common and necessary theme in early 1900s New York, where the mantra was often "No Irish Need Apply."
The Deco inspired art is present again in the character designs on the masthead.
The ads on the final pages are fascinating in their own right.
There is blatant racism in some of the lyrics printed on other pages, to sell sheet music. This is reinforeced by the "jokes" in the "Heard At the Minstrel Show" text on the inside front cover.
In this context, it's important to remember that sheet music was more than a popular commodity. Radio and films were in their infancy, television did not yet exist. For many families, gathering around the piano to sing was an evening's entertainment, if such was an option. Bear in mind that this also predates child labor laws, so much of the family might have been working 10 to 14 hour days.
Finally, this is far from the only musical based on a comic book or strip. There was a stage musical of Little Nemo in Slumberland, a ballet of Krazy Kat, two musicals based on Li'l Abner, a Broadway musical based on Superman, the current Spider-Man musical, and, of course, Annie!
Mercifully failed attempts include the 70s Captain America musical and the 90s Batman musical. The latter had pretty good songs by Meatloaf partner Jim Steinman.
Next: art. My scanner access will be limited from mid-December to early January, so I hope to get some work done ahead of that time.
on December 04, 2011 3 comments: