Wow, more than a month away. This new job really kicks my butt -working overnights as a caregiver for AIDS patients.
I have completed the aforementioned Surrealist Cowgirls short, but it turned out to be two pages, not four. I will be able to scan later this week.
As a placeholder, here's an editorial page I did for TransSisters Magazine, just under 20 years ago!
The emotions are a bit raw in this one. I was still mending from that abusive relationship I've mentioned in the past.
In general, I rather like this page. It was done oversize and was a bit of an experiment. The editor asked me stick to humorous material after this one, but as a direct result of this page, I also became staff cartoonist for the other major political transgender zine of the 90s, TNT News. 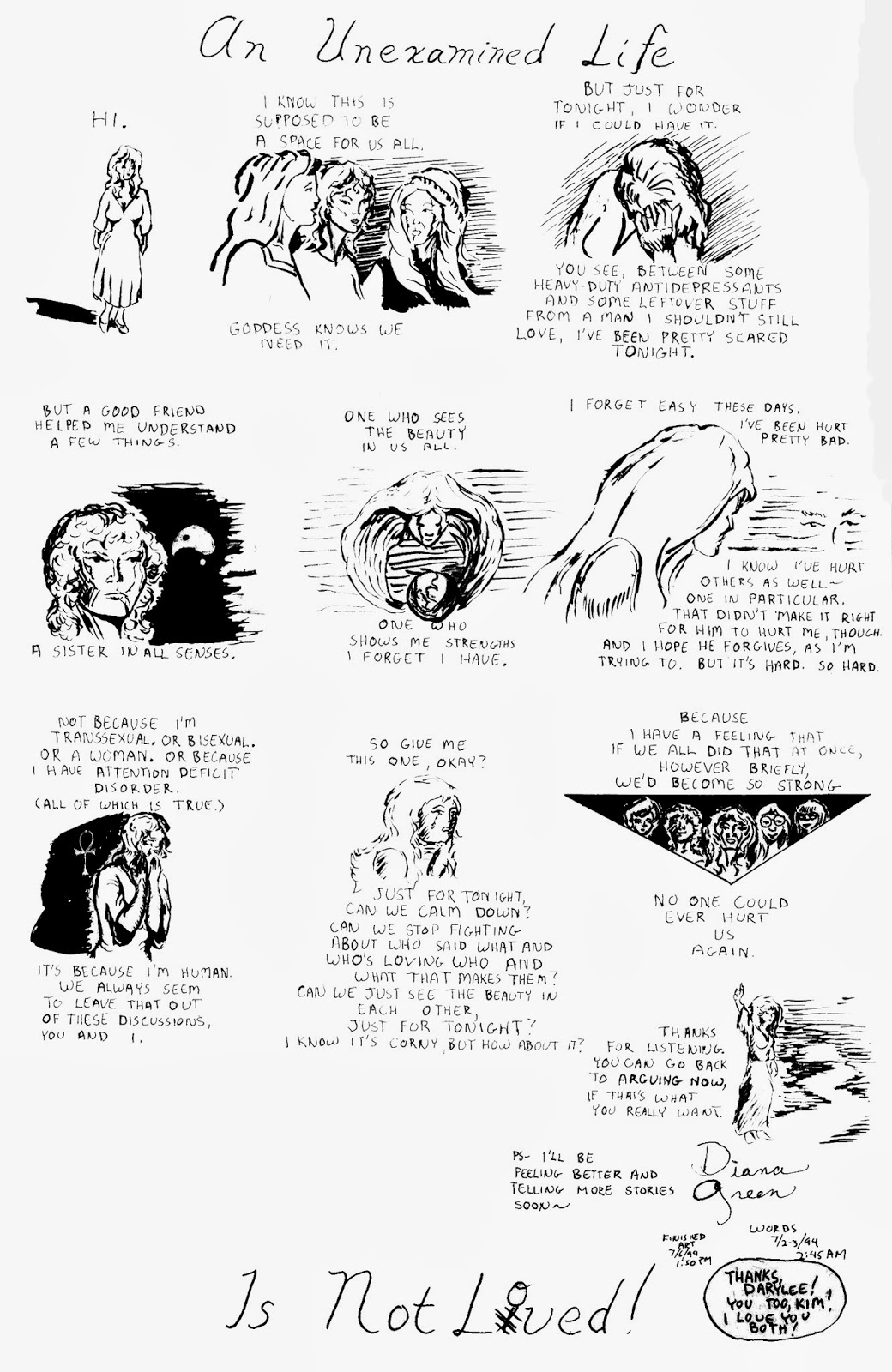 The craft on this one is all over the place. I particularly like the last image of the second tier, but the one before it is aesthetically painful. The lettering is wildly uneven. At this point, it was still more about getting the work - any work - out there than about any measure of craft, though I was too stubborn to accept that at the time.
I'll post some catch-up images later this week!
on March 30, 2014 No comments: