Back in the saddle again!
Here are the next two pages of the "Speedy" Recovery and his All-Girl Orchestra story. 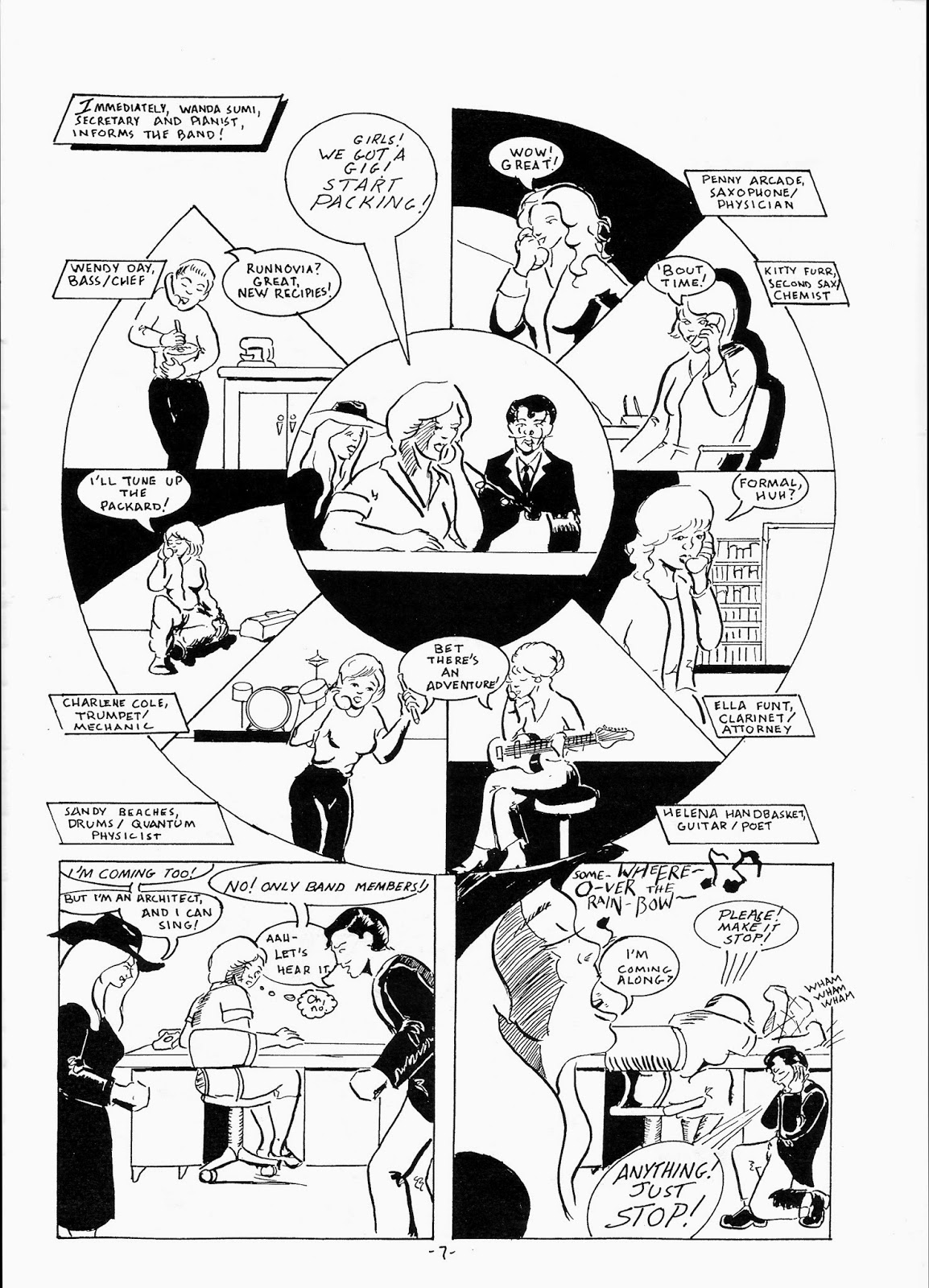 The circular layout to introduce a large cast of characters is a very old device. I don't remember where I first saw it, but I remember being impressed with it in Bizarre Sex #9, the first Omaha the Cat Dancer story.
This also sets up the puns that wreak havoc throughout this story (and any following Speedy stories, of which there are none so far).
The backgrounds vary widely here, but they are still much more sparse than they really should be.
Setting up the girls as musicians with other jobs echoes Doc Savage's Fabulous Five, each of whom has a career as a leader in their field, but drops everything to join Doc on his missions.
So it is with Speedy and his band. 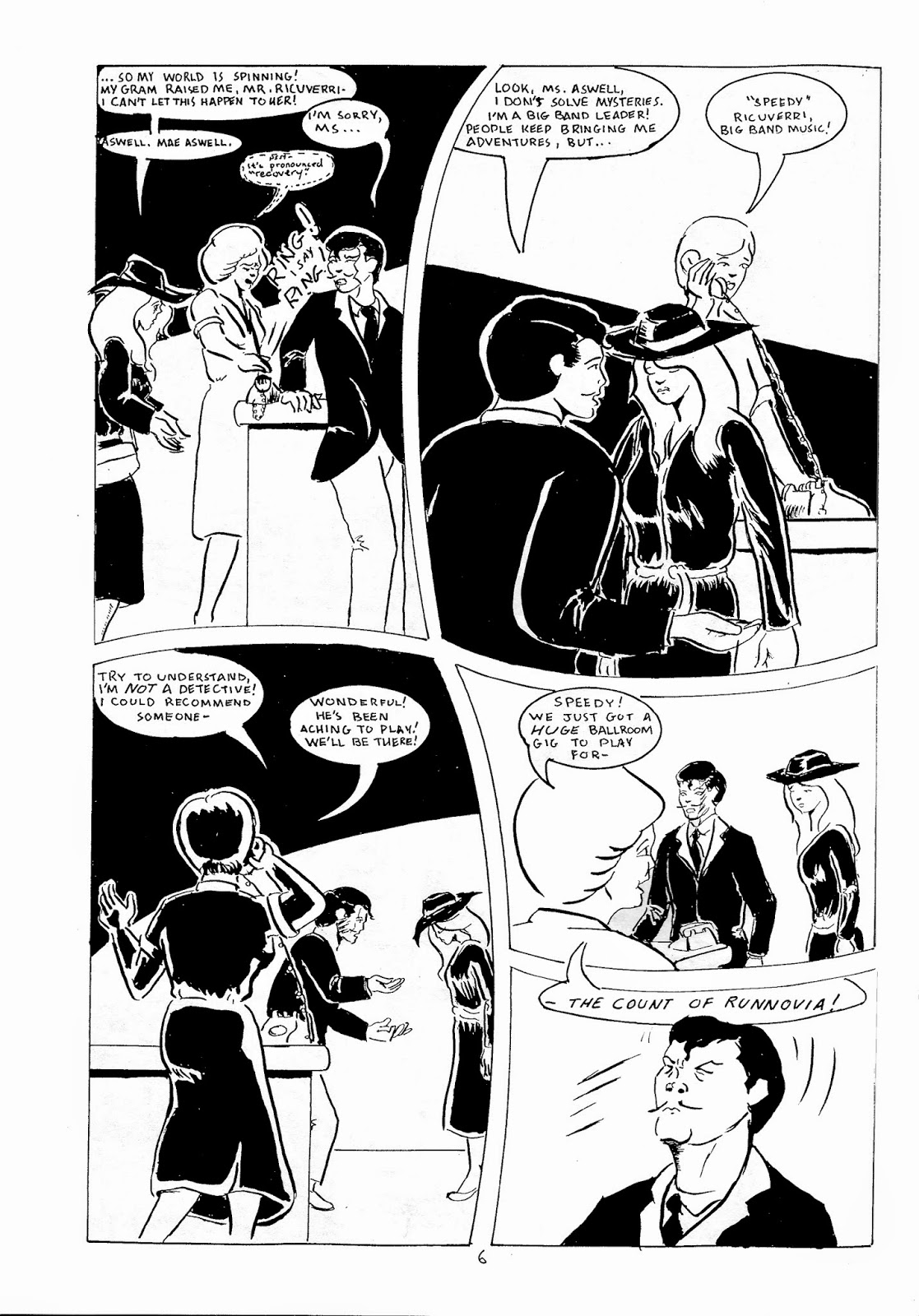 Some rather obvious (to me, at least) plot setups here- Mae Aswell's inability to carry a tune in a bucket, as we used to say, will figure prominently later.
Also, the nation of Runnovia, whose name is inspired by my fondness for the writing in the classic Rocky & Bullwinkle cartoons, plays a big part in this adventure, beyond the quest for the ruby slippers.
In general, I love using curved lines and wave forms as design elements, something I got away from a bit in some of my later work. But hey, it's always there, and I can always go back to it.
Next: more Speedy, as the adventure picks up speed (so to speak)!
on March 25, 2015 No comments: