5. Martian Manhunter
My original choice for this spot was the lovely Monstress, even though it's only two issues old. Monstress is a beautiful and engaging book, well deserving of a place on this or any Best of list.
But I was haunted by one question.
Why are so few people reading Martian Manhunter?


Sales figures from The Beat for the first six issues: 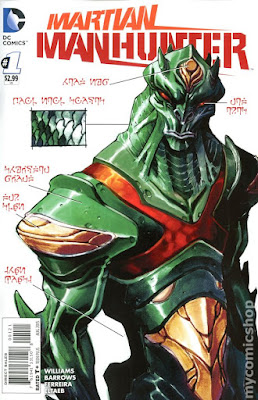 First, it's not a superhero book, at least in the conventional sense. While the central character is arguably such a hero, he's also not. Or he might be. He's confused, scared and not sure who he is- who any of him are.
This is a horror book, or perhaps a tragedy, if there is a difference. Didn't Stephen King say that science fiction is about hope and horror is about despair? Well, this is a science fiction book about despair. Where does that fit into this equation?
It's about a lost world, whose survivors are unsure of their own identities, which may be multiple for each individual, and about the threat of a stealth war of the worlds.
The title character is not who we knew him to be- that's revealed in the 8-page preview done before the first issue- nor is he who the doting children who know him as "Mr. Biscuits" think him to be.
Writer Rob Williams has been unfolding this complex tale without condescension to his readers. All characters' actions, while sometimes surprising, are consistent with Williams' long game for the book. Eddy Barrows' art is fluid and consistent, intricate where necessary, and fully integrated into the script.
While the future of the book is far from certain, the title has been solicited through issue 10, due out in February.
I have high hopes the book will continue, and possibly grow a significant following. There's a conclusive origin story for J'onn promised in Issue 10. As arguably the first Silver Age superhero, certainly the first completely new one (it can be argued that Infantino's Flash is a reworking of an existing character), our Manhunter has never had the stories, or the following, he warrants. 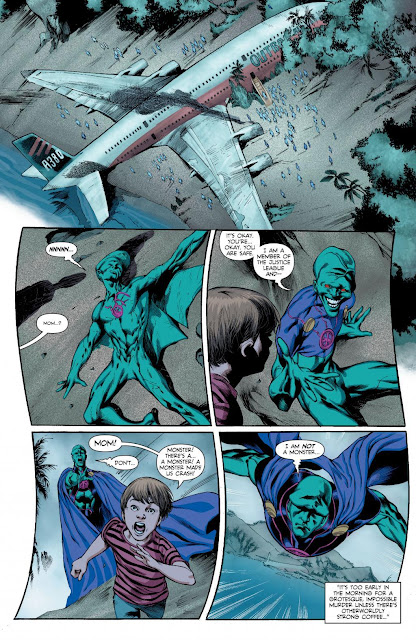 Bitch Planet is a women's prison B-picture set in outer space. It's also scathing social commentary, full of pathos. It's also funny as hell. The book is full of in-jokes, send ups of old comic ads and familiar tropes, and some remarkably savvy political commentary. This book proves that smart and fun are not mutually exclusive, while it brings all the sad puppies who insist that feminists have no sense of humor to sheepish silence.
Valentine Leandro brings a very aggressive sensibility to the art, and it works well. I mean, we are talking a women's prison planet in one of the most smug patriarchies ever envisioned!
In order to have half a chance of regaining their normal lives, whatever those are (some of the women are in prison for little more than being "noncompliant"), the women are coerced to form a pro sports team. The game is violent and rigged, yet they play anyway, because, well, what choice is there?
One of the most egregious "offenders", a large woman of color named Penelope Rolle, can be seen as summarizing many facets of the narrative. She's tough, unapologetically violates expected norms, and hurts on a very deep level.
Bitch Planet has become a cultural phenomenon, with lots of women getting the "non-compliant" symbol as a tattoo. I have no tattoos and no real interest in getting any, but somehow this tempts me. My issue with tattoos is that I've never wanted to lock in one aspect of my identity that solidly, but "non-compliant" has pretty much been my life, so that might be a safe bet.
The first issue of Book 2 came out just a couple days ago. I'm debating between picking up the floppies or waiting for the trade. I read the first book in trade, and it worked so well as a cohesive unit that I'm reluctant to try breaking it up. 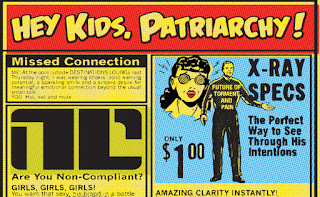 Whatever I decide, I'll be back to Bitch Planet. And I won't be alone. 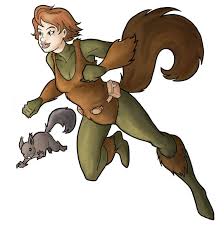 So much has already been said and written about this title, I feel no obligation to go into detail.  Squirrel Girl is a delight. There have been books that dealt in the humor of the superhero, but few that do so with respect and love.  I mean, really. She's taken on Galactus and Doctor Doom, stolen Iron Man's armor, and loosely maintained a secret identity while attending college, all while having a squirrel tail! 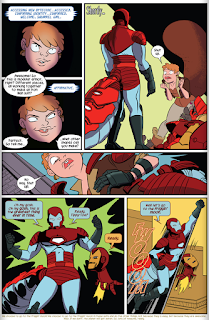 Ryan North (words) and Erica Henderson (art) produce  this delight on a fairly regular basis. There was a short hiatus and a couple #1 issues causing some numbering consternation (which I have yet to go back and sort out).  But the book is selling unevenly, with a 22% drop since the first issue, despite excellent buzz. I believe there's only one trade to date, but more are forthcoming.
One thing that's often overlooked in Unbeatable Squirrel Girl is the border texts, those little asides that complement the story while dancing on the edge of the fourth wall. This device is also used in Matt Kindt's Mind Mgmt, a book that once fascinated me but has now lost my interest. 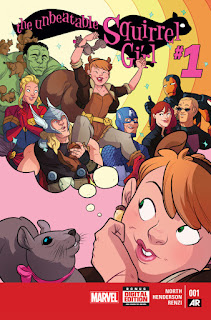 In a strange way, this book reminds me of the first Christopher Reeve Superman movie. There's that moment when Lois speaks derisively of "truth, justice and the American way", and Supes replies unashamedly, "yes, that's right, that's who I am." Squirrel Girl holds to the same level of self-respect, even while recognizing the silliness of it all. Fun and dignity, with a cool girl hero- what more can one ask?

2. Inner City Romance
Fantagraphics has done the world a huge favor by collecting this underground masterpiece- well, mostly a favor (see below).
Colwell's 5 issue series stands up to the ages fairly well, especially the spare and harsh first issue, which chronicles a young black man getting out of prison and choosing between hedonism and responsibility.  In his case, the responsibility he must consider is to the Revolution.
This book also contains one of the best versions of an LSD trip I've ever seen in print.
In the following issues, Colwell continues to explore the themes of social revolution and sex, but drifts away from drug themes. Colwell went on to create the wonderful sex-positive comic DOLL in the 90s, and primarily paints now.  I was quite surprised to learn a few years ago that Colwell is white. Like many, including a black professor who studied black underground comix, the assumption was that Colwell was, to use the vernacular, a brother.
Fantagraphics has created a superb collection here. There are wonderful and insightful supporting essays, a section discussing the creator's other work, and the printing is clean and sharp.
However, there is one glaring problem, as alluded to above.
Here are the covers of all five of the original issues. 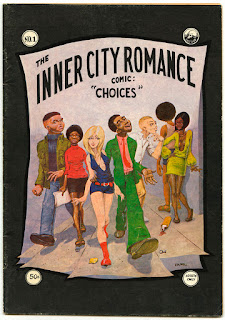 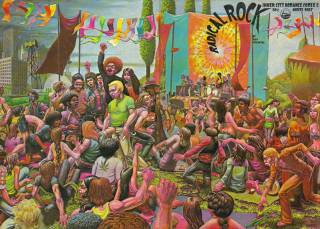 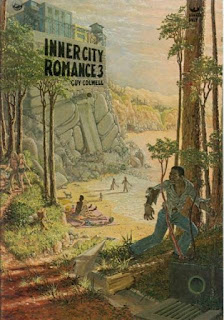 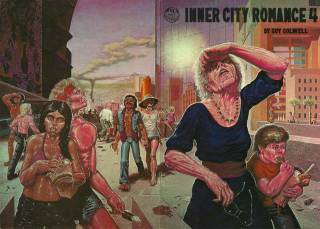 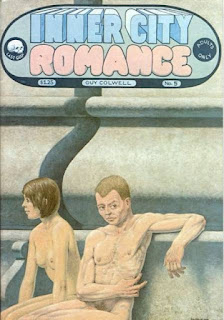 Stunning, right?
So why is only ONE of the original covers included in the collection in color?
There's a color section in the book spotlighting Colwell's painting and mural work, so it was not a cost decision. If you're going to have a color section, include color covers, not the mediocre black & white reproductions offered for all but the first (and least visually interesting) cover.
This glaring mistake aside, the importance of this collection cannot be denied. It truly is the second best comic of 2015.
Next: the best.