Jeffrey Catherine Jones: a Bode' swipe and the First Work

A backlog of stuff I want to post will come up this week and next.
First on the agenda, here's the Vaughn Bode' piece on Jeffrey Jones' work that I promsied when i was writing on her life just after her passing. 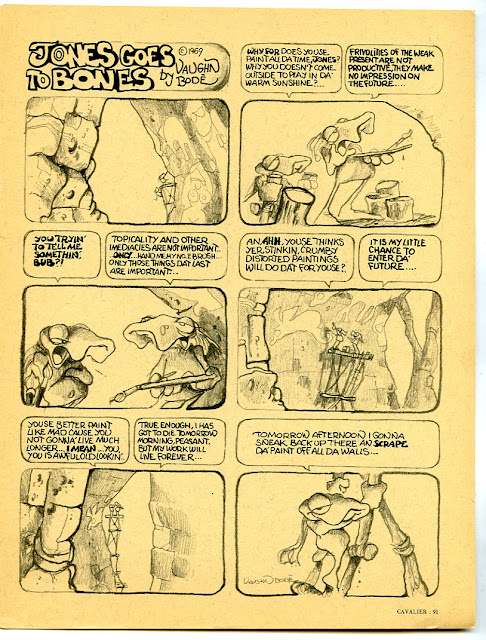 Next, a surprise.
I was going through a stack of Larry Ivie's great Monsters and Heroes magazine from 1967- 69 and found Jeffrey's first published work!
It's from Issue no. 2, dated 1967.
The notes on the editorial page read as follows: "The first guest creator we thought was intriguing enough to present was Jeff Jones, whose first professional story leads off this issue. We asked him to do a tale we could save fro this, our Official Dragon Issue- and are pleased to learn that, on the basis of it, Jeff has been given similar assignments for other publications, such as Creepy, Eerie, Ace Pocketbooks, and, at last word, an upcoming series of his own in King Comics. We certainly hope that our future guest artists will be as successful, and we will try our utmost to select those whose work might lead to equal possibilities. Adding to the historic significance of Dragon Slayer is the fact that his lovely wife, "Weezie", wrote the script. We hope you enjoy it."
The editorial page also has a small photo of the couple, which I did not scan for this posting. If there's interest, I will.
Now here's the story!
As always, click the images for a larger version. 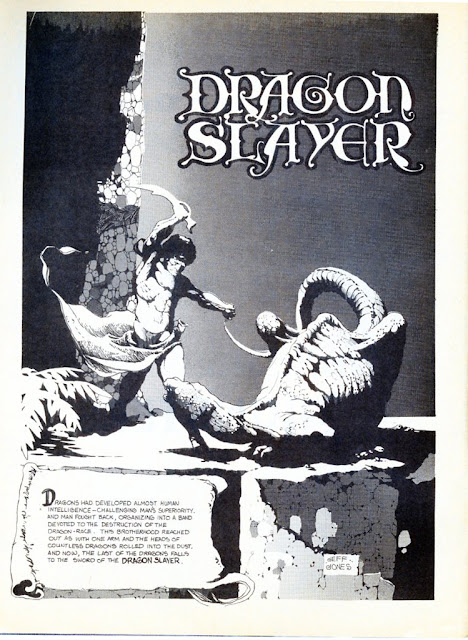 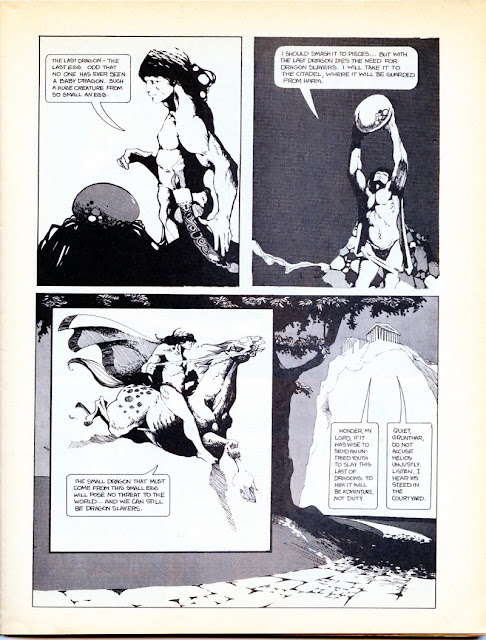 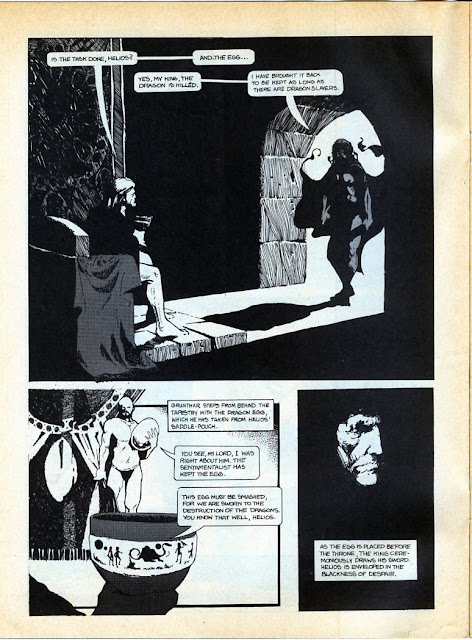 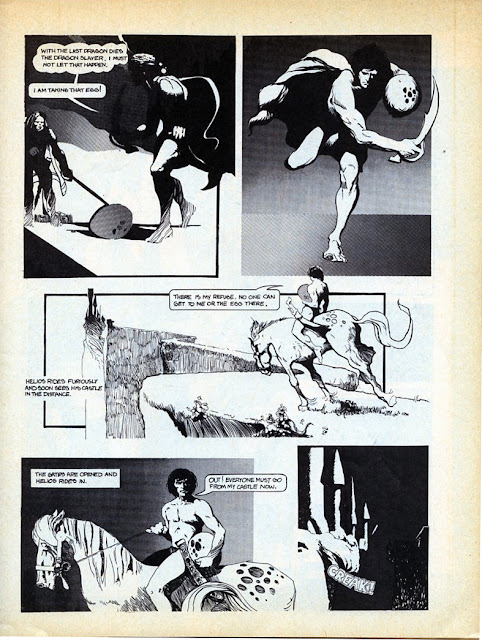 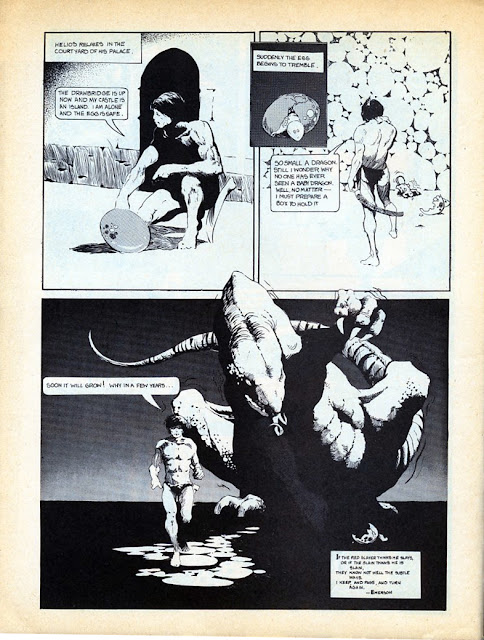 Next: a more detailed look at Seamus Burke's OH GOODIE! collection.
on June 28, 2011 No comments: