Well, technically after midnight, so not really Sunday any more. But I won't complain if you don't.
Worked a 55 hour week this week, so did not make it to the library to scan.
Here's a story I completed a while back to promote a class on Graphic Memoir that I was set to teach. The class was cancelled due to low enrollment, which made me rather sad.  However, even in this very rough stage, I felt like I was on to something. This work was previously published at the Loft Literary Center blog in relation to the proposed class.
I'd like to complete this work (I know, there are so many projects I've already said that about). Part of me considers much of my previous work- Tranny Towers, A Private Myth (not forgotten, only stalled), TranScending, the Squirell, Cat and Car short story- as prelude to this. 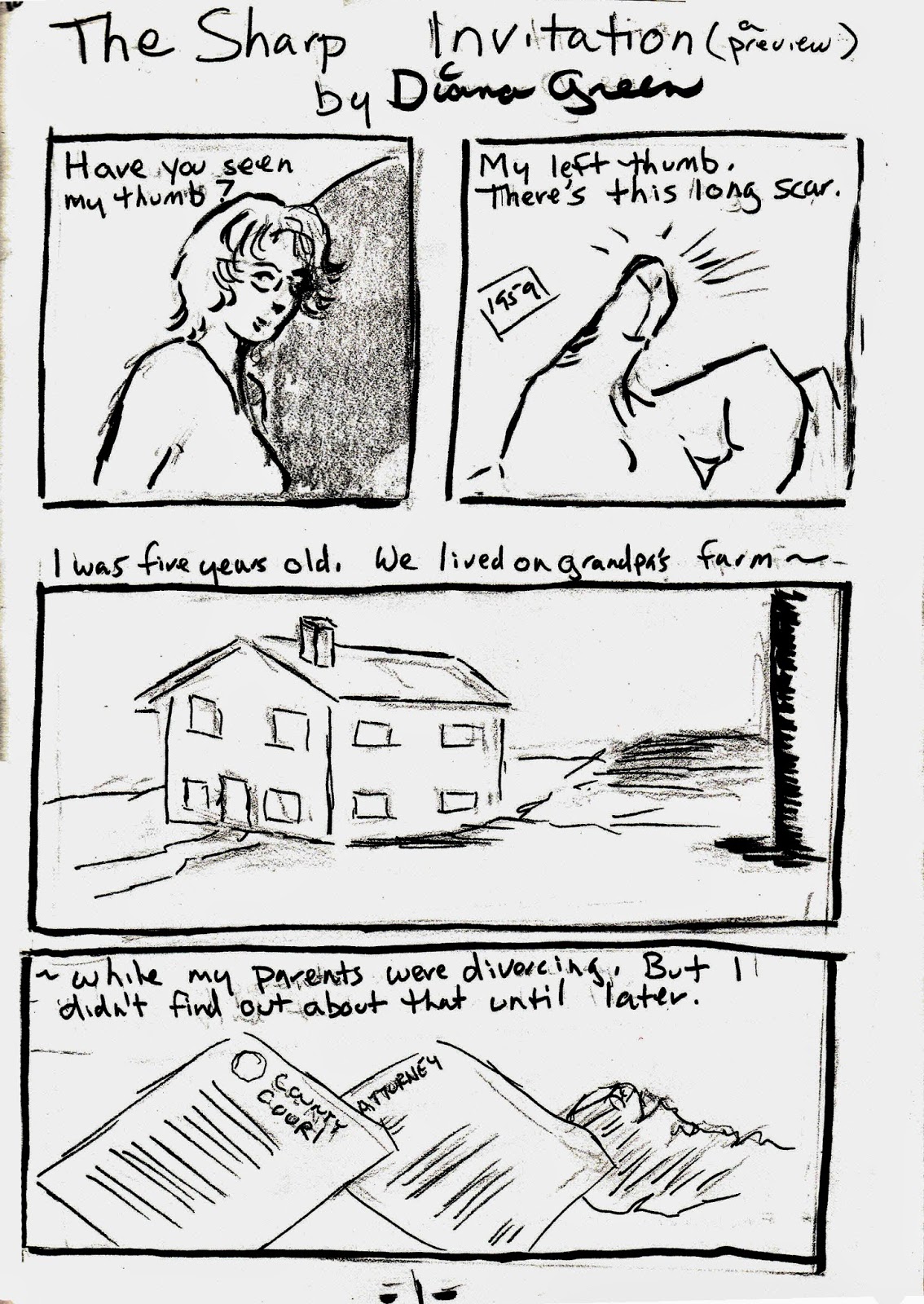 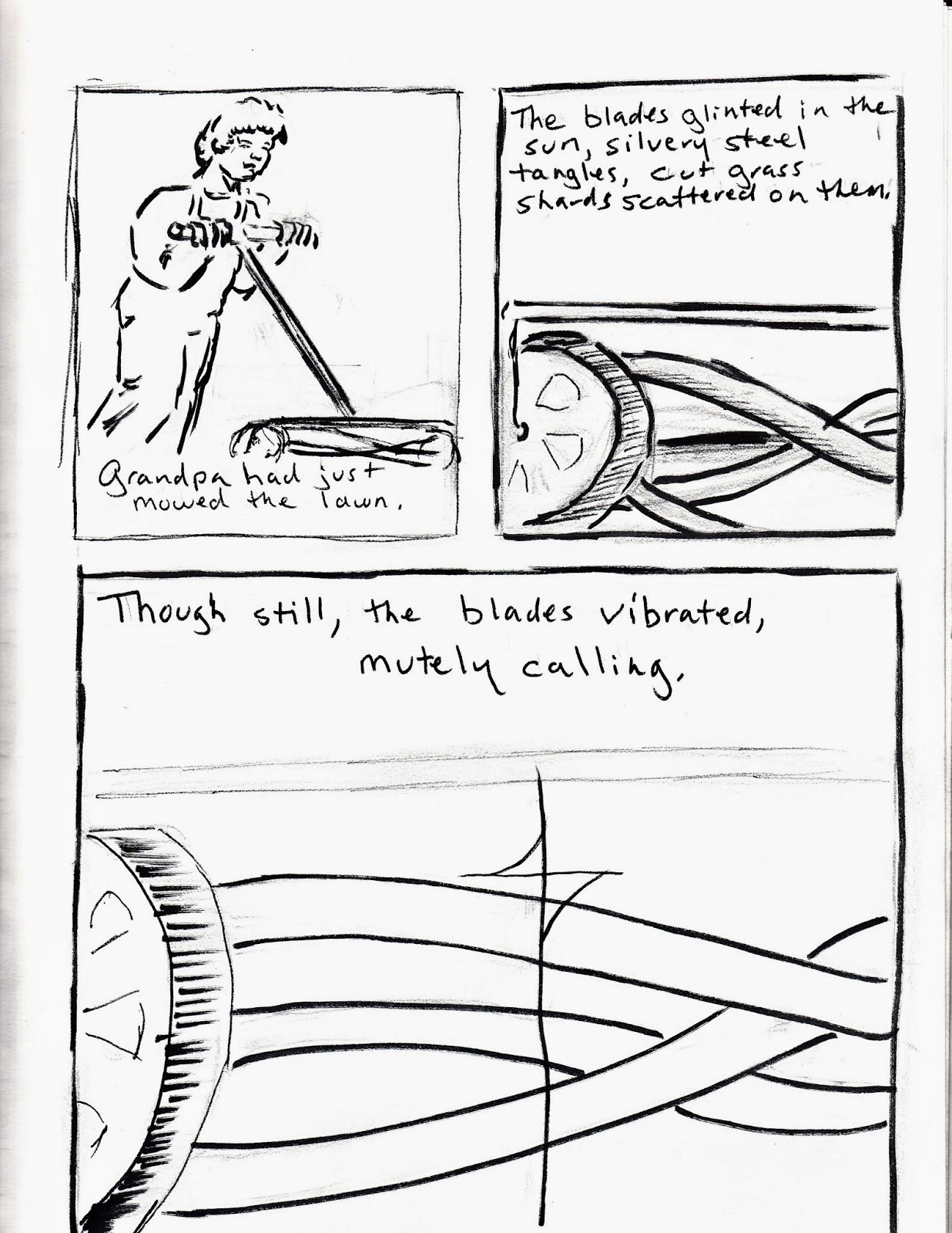 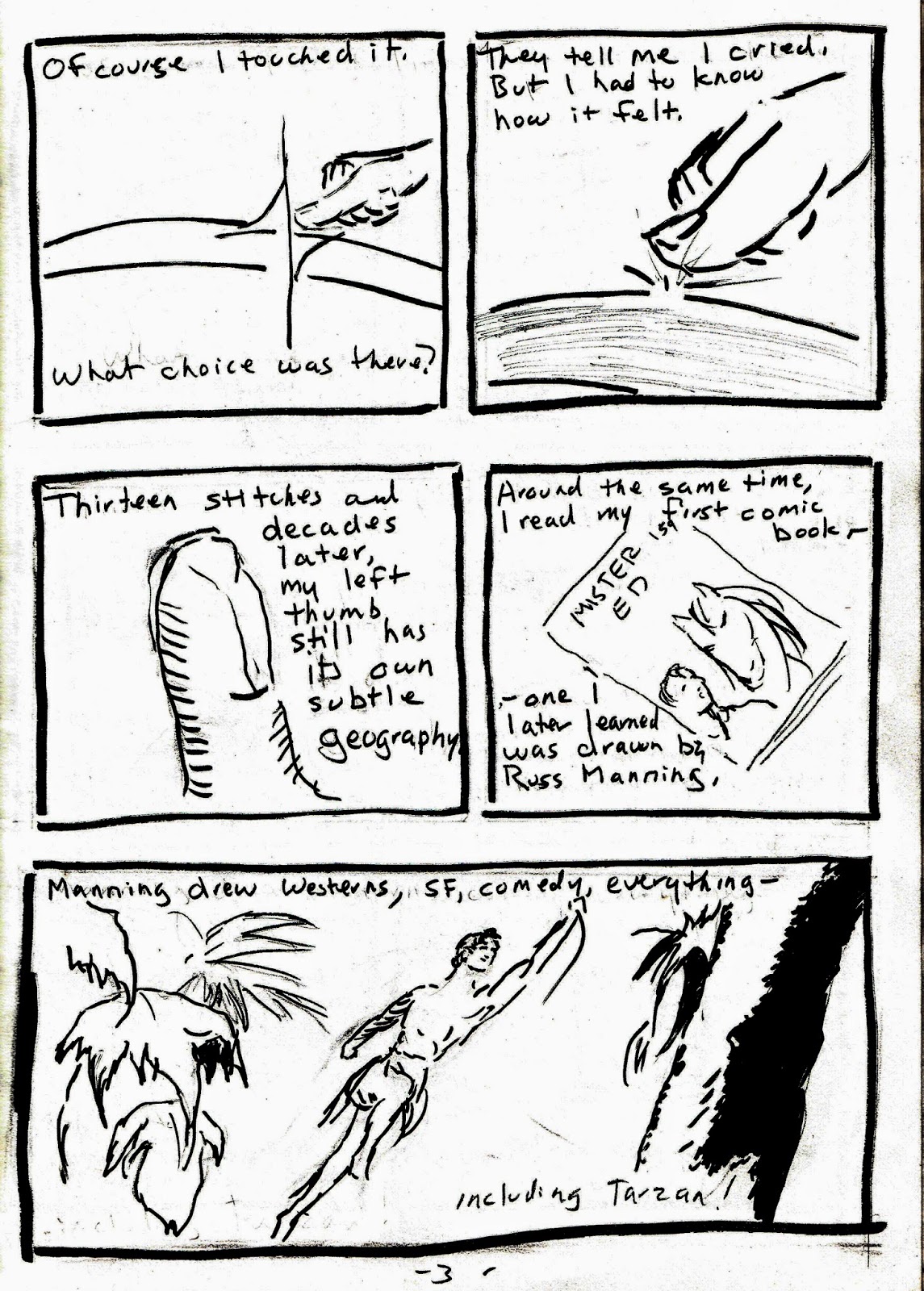 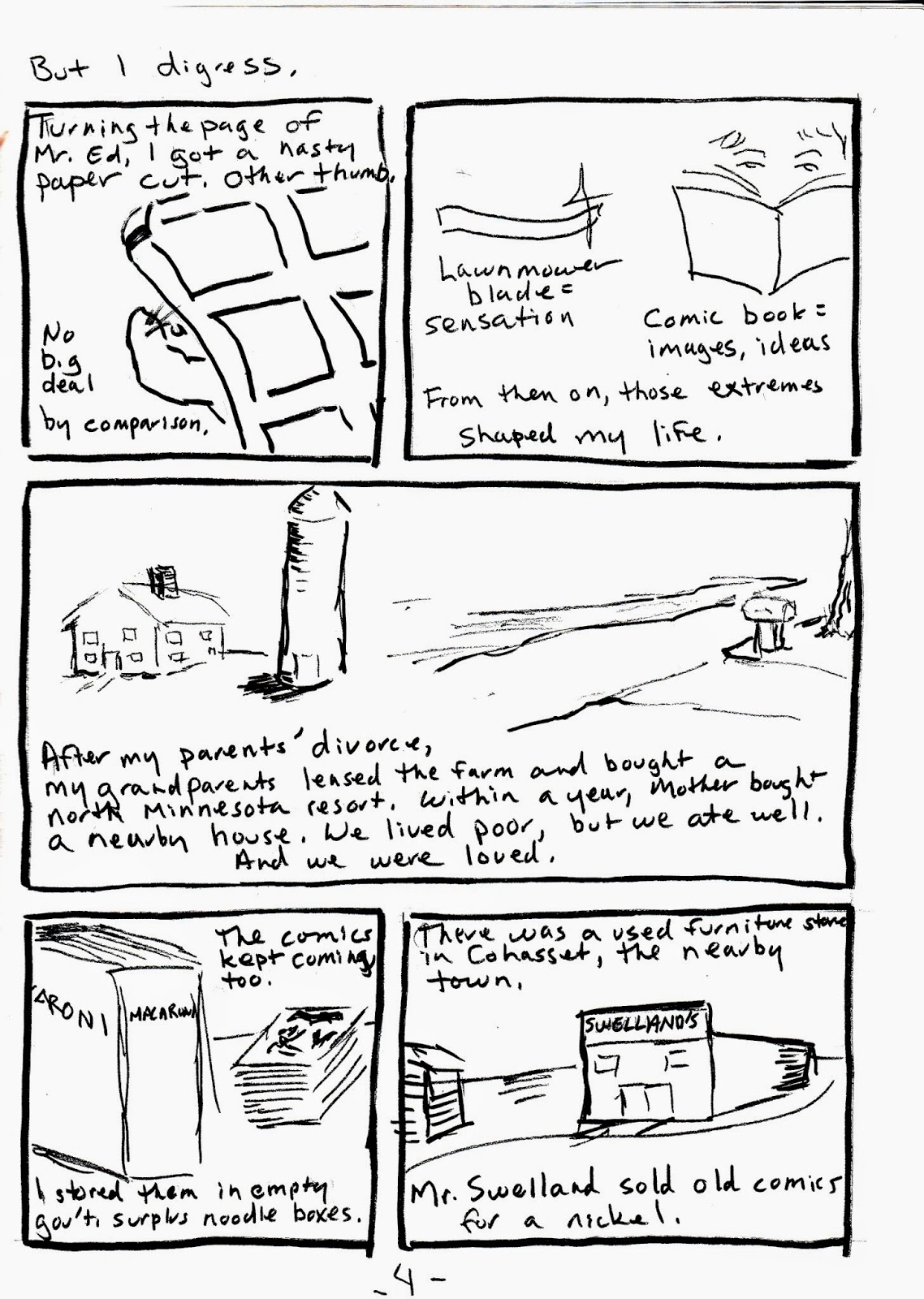 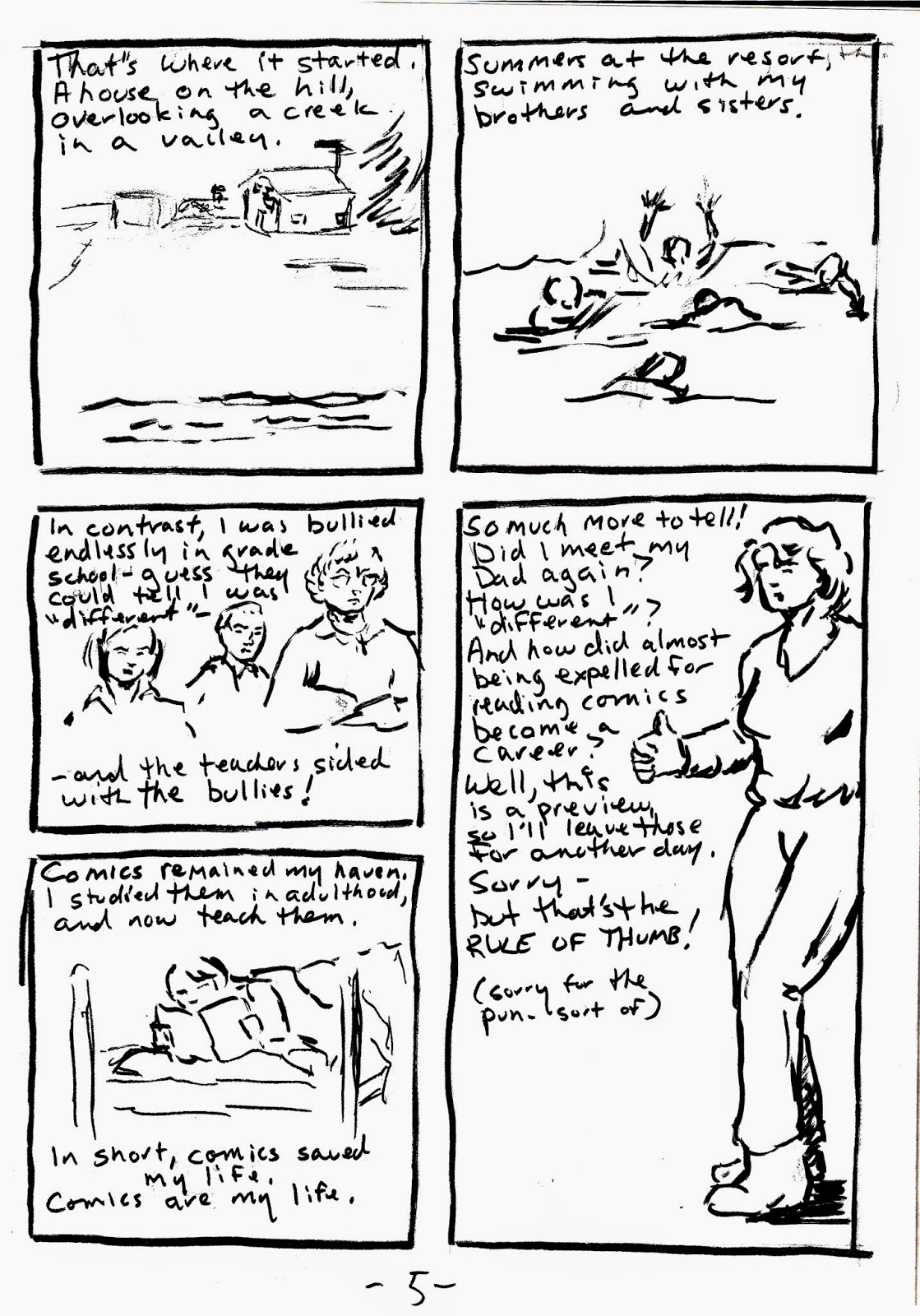 This art in this is beyond crude, deliberately. I've been irritated for some time by the praises afforded to "loose" artists like Christopher Iriving and Rich Burlew, creator of Order of the Stick. I now my work has its, ahem, uneven properties, but some artists don't appear to even try and have praise lavished on them. I mean, come on, stick figures are popular? So I thought I'd try to work a little looser, let go of some of the control. This is the result. A bit too far the other way, I think. I suspect my answer lies somewhere in the middle.
As for the story, I plan to execute sporadic short pieces and work towards assembling them. That seems to be my strength anyway, so why not?
Soon: the long-promised Surrealist Cowgirls short, which has been completed for weeks now.