After a month of overtime, I finally found a couple minutes to go back to the drawing board.
Funny story on this one. I put a new page on the board, and grabbed 14 x 17" Bristol instead of the 11 x 14" I had been using for the Surrealist Cowgirls. I decided to leave it there and do something different.
One of my regrets about current comics is that there are very few licensed books, especially relative to the 1950s and 60s, when Dell/Gold Key had contracts to adapt movies and TV series as issues of Four-Color Comics. Though we've had decent comics of The Muppets, Star Trek, Star Wars, Dr. Who and Fringe, it's a pretty safe bet to do Sf and kid-oriented material. I've always contended that we'd benefit from comic book versions of House, Harry Potter, Brisco Country Jr., even Law and Order: Criminal Intent comics!
In that spirit, here's a pastiche cover involving a favorite series that's now winding down: Mad Men. 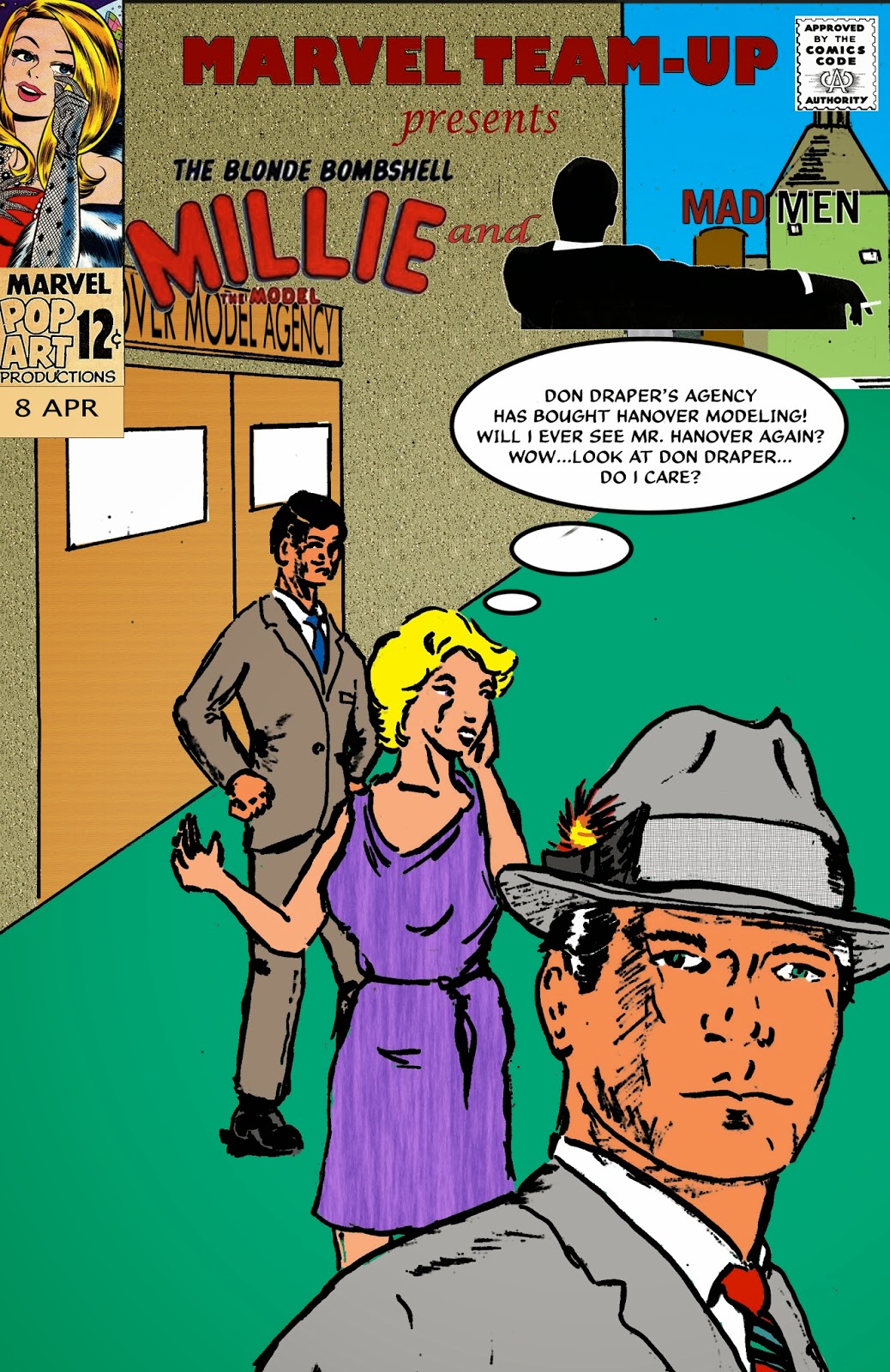 This was a fair amount of work, but it was fun! The final render of Mr. Hanover is a bit crude, and Millie's figure here owes something to Mad Men's Joan Harris, as portrayed by Christina Ross. In the comics, Millie was not QUITE so zaftig!
Also, I appear to have the color of Don's eyes wrong. I rather like the rendering of Don other than that.
Lettered digitally rather than by hand. The trade dress is also digital.
While centered in the 1960s, this is all over the place. Marvel Pop Art Productions was a logo that was used for a couple years in the mid-sixties, and Millie the Model was a soap-opera title from the late 60s into the early 70s. However, Millie had gone back to being a humor book by the time Marvel Team-Up had begun, which was long after the Pop Art logo!
I'm looking forward to seeing the resolution of Mad Men. I'm cheering for Peggy Olson to make it, more than anyone else on the series!
That's all for now. I will work on being a better correspondent!
on June 16, 2014 No comments: