Next up on our hit parade is Brian Wood's miniseries of his creation DV8.
A teen superhero team like GEN 13, DV8's distinguishing factor is that they are inherently selfish.
I enjoyed Wood's writing on the Oni Press series LOCAL (with art by former classmate Ryan Kelly) a great deal, and thought to give this a chance based solely on that.

What intrigued me about the DV8 miniseries was not the selfish aspect of the characters (I mean really- selfish teenagers- how cliche' is that?) but the circumstances of the story. 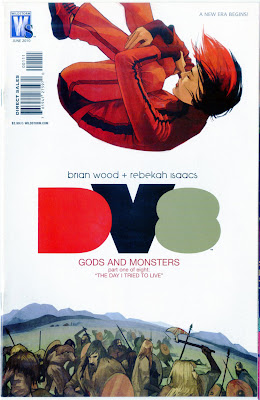 The characters are stranded amid two pre-technological cultures, and are choosing up sides in the wars of those cultures, and debating whether they should have any involvement whatever. 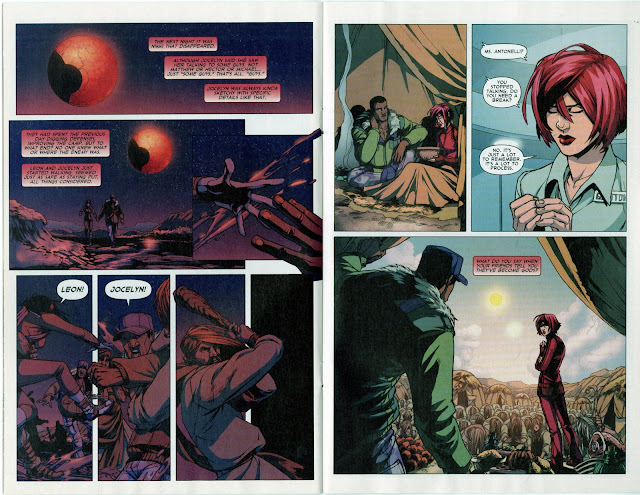 Action, philosophy and snark of the best kind.
While the sniping between characters got a mite tedious around issue three, overall this posed some interesting possibilities- sort of a Rising Stars meets Lord of the Flies scenario. Questions of how powerful people still coming to terms with themselves respond to the potential influence they can have on society, or societies, are challenging.
But this is not some philosophical diatribe, no, my friends. This is war, aided and abetted by very powerful and not-quite mature beings.
Serious superhero slugfest, teen angst, and some very aggressive locals.