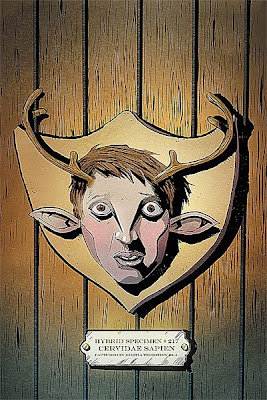 The work of sort of indy creator Jeff Lemire, whose Essex county Trilogy won a Xeric Award and was nominated for an Eisner,  Sweet Tooth is a bloody, post-apoacylptic male-bonding Bambi of sorts.

It's got just the right blend of crazy, bloody and tender. 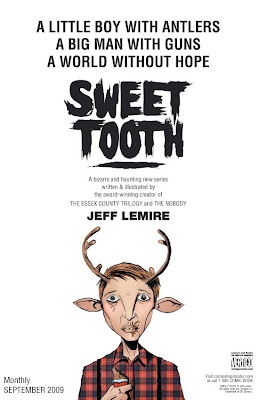 The title character, a mutant boy whose father sheltered him from a world that would hunt and capture him, is an innocent left to his own devices when the father apparently dies. 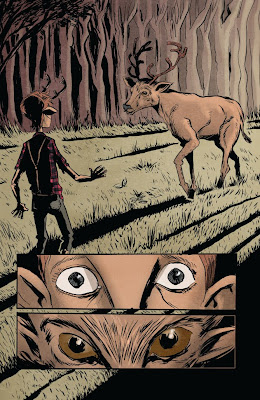 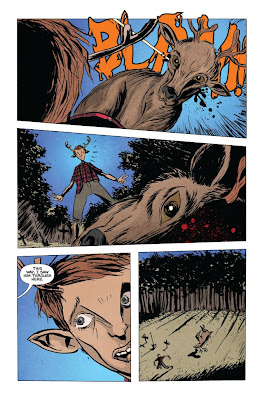 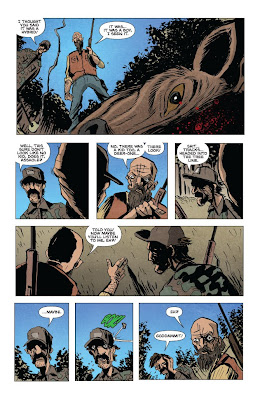 He's taken into the protection of the gruff man who saves him from these two poltroons.

The character design and line quality remind me of some aspects of BONE as well as Jason Asala's 90s book POE, which despite becoming a bit repetitive towards the end, was a bright, challenging book.

By turns melancholy, sentimental, brutal, and quirky, this is one of a handful of new titles from Vertigo that really shined this year. Great to see something fresh. Vertigo has been in a bit of a rut these past few years- carnal, decadent, carnal, decadent, blah blah blah. Great to see some fresh ideas surface. And they've mined some wonderful new talent, like Mr. Lemire here, and made great use of established creators. More on the latter later in this series.

Addendum to a past post: Black Jack Book 9 is scheduled for January 19.