Well, buckled down and put the finishing touches on this today.  Very happy with it, after the usual wrestling match with myself.
I did submit A Private Myth to date, the first 17 pages and the cover, for a PRISM Comics Grant, but the work was not chosen. Rather than wallow in self-deprecation, I decided to hone the work and try again next year, or apply for a Xeric Grant if I have enough by the next deadline. My congratulations to the winners! 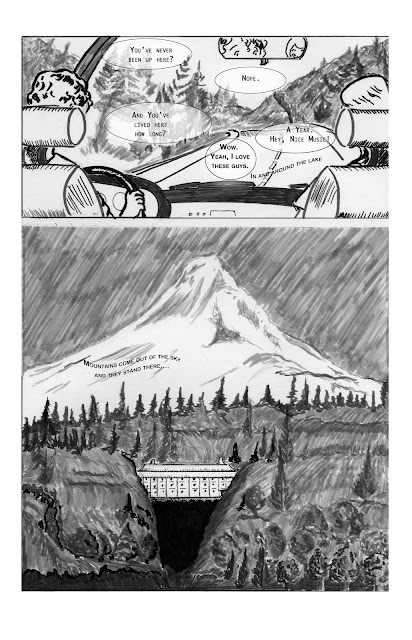 I toyed with a couple Photoshop effects and abandoned them. This is the raw art, for the most part, done in grayscale brush markers. After a brief bout of indulgent perfectionism, I decided that I like the quality of the mark making here.
I tried to use Charles Vess' trick of translucent word balloons on this one. I love the way Vess handled that in the pages of the BONE prequel, ROSE.

Vess' work makes me weep. I have little use for much fantasy art, but his is so eloquent.
Next page of A Private Myth, page 19, will be a hike in the woods.
on October 24, 2010 No comments: 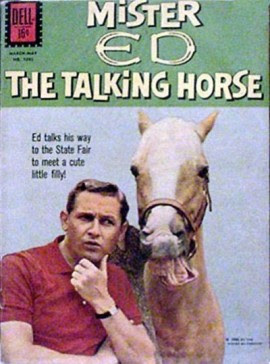 While this is probably not the first comic I ever read, it's the earliest one I remember. I associate it with a trauma. One blistering cold winter's day, my older sister and I were waiting for the school bus. I was in either Kindergarten of first grade. A gust of wind tore the comic from my hands and sent it blowing across the snow-covered field next to the bus stop. Devastated, I desperately wanted to run after it, but my older sister, always practical, refused to let me.
Little did I know at the time that the artist, Russ Manning, would have a profound influence on my life and work. His clean lines and sleek anatomy in his Tarzan and Magnus, Robot Fighter comics, to say nothing of The Aliens, his thoughtful backup strip, gave me an idea of what drawing could really do.
2. Atlantis, the Lost Continent

Again, probably not one of the first, but it sticks in my mind. Since it was contemporary to the film, I must have read it in 1961, at the age of 6 or 7. The film upon which it's based is a lesser work of George Pal, best known for The Time Machine.
There was one panel in which Princess Antilla, frustrated with the cowardice of a suitor, proclaims, "Now he takes orders from a Warlord!" My younger sister and I were fascinated with this line, and turned it into a song.
3. Batman 156: Robin Dies At Dawn June 1963. Again more of an impact than a "true first", especially in light of recognizing the cover, but not recalling the story, of  this slightly earlier issue. But Batman 156 contains a pivotal story in many ways. Surreal extraterrestrial landscapes, raw emotion bordering on pathos, the great Pieta cover,  and an ending involving a man coming to terms with his own fears, albeit in a trite 1962 kinda way.
4. Superman Annual No. 2 The early work of Curt Swan, reprinted here, was another exceptional influence on my artistic development. To this day, I regard Swan's Superman as definitive. The cover that stands out more in my mind is one from several years later, that of Superman Annual No. 7. 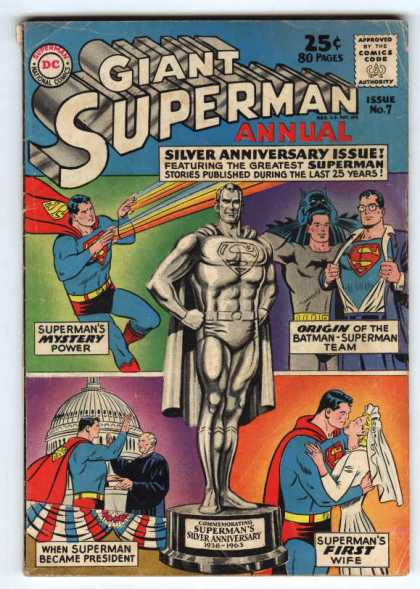 The lower left story, the dream in which Superman becomes President (only natural born Americans can be President, remember?), bring to mind another Superman story that had a deep emotional resonance: Superman's Mission for President Kennedy. Begun before Kennedy's death, the story was published posthumously and featured an added splash page that still makes me choke up a bit.

5. (tie) Justice League no. 34 and The Spirit No. 1
Since this issue of Justice League of America came out when I was 11, I already had a burgeoning comic collection by then.
My neighbor Patsy spent a dollar and bought me 8 new comics as a Christmas present. Money was incredibly tight in our household, and new comics were treasures, so opening the present and seeing this on top of the stack was a real treat. There was this used furniture store in my old home town of Cohasset, Swelland's Used Furniture. The gent who ran the place (Mr. Swelland, of course) sold old comic books for a nickel each. Many of us built up our collections there.
One day he had this as a coverless book. Despite its not having a cover, I took  a chance on it. I didn't see the cover above till just a few years ago, when I got a copy signed by Will Eisner (with issue no. 2, also signed!) dirt cheap on Ebay.
Somehow, I still have the coverless issue to this day.
This was my first exposure to the work of Will Eisner. I had no idea what it was, who he was, or how much he meant to my chosen art form, but I knew I wanted more. I would not see any more Eisner work till I encountered the Kitchen Sink undergrounds at the Madison Book Co-op during my first year of film school, circa 1975 or '76. If I can dig up my copy, I'll post a scan of the full wraparound cover later. For now, here's the front. The Harvey Spirit was my first exposure to Gerhard Schnobble, a Capra-esque 8-pager about a nebbish who forgets he can fly. 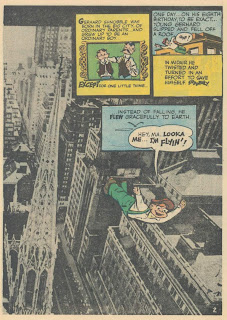 It also contained the classic "Ten Minutes", the story of a kid named Freddie whose life is going nowhere and who snaps as a result of a pinball game. Here, Freddy is trying to hide the fact that he's just killed the owner of the corner drug store. 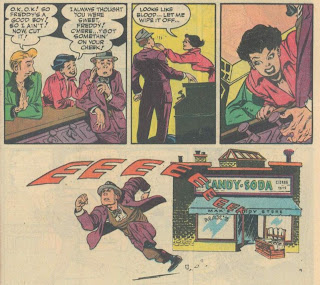 This story also contains a classic panel of little kids ogling the new comics, in which one of the kids utters the classic line, "wow! Look at the true horror romances!"
In addition to the populist perspective, burgeoning in comics at this time in Infantino's revitalized Batman (often completely at odds with the TV series) and the early Silver Age Marvels, this coverless book redefined the possibilities of comics for my hungry young mind.
If I ever fulfill one of my dreams and win an Eisner award for my scholarly work in comics, I'm going to mount the coverless Harvey Spirit No. 1 right next to it.