After a few minor delays, I'm able to post photos of me and my pal Clint on Read a Comic Book in Public Day. 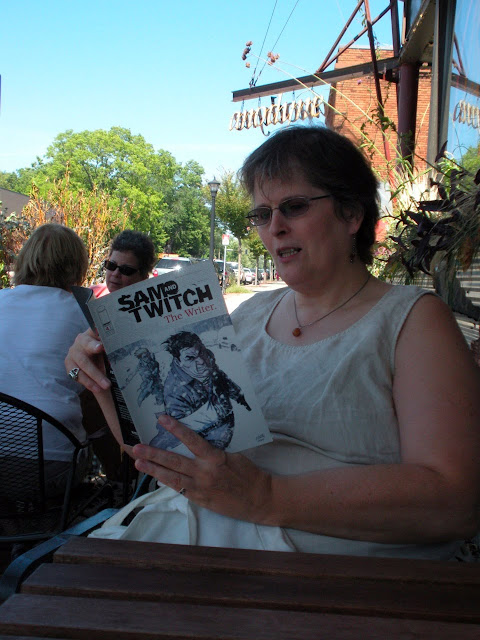 Not my most flattering look, but a damn fine comic!
I'm hardly a big Spawn fan, so Sam and Twitch, the detectives from that series, eluded me until this smart, tight miniseries.
Suffice to say I'll be seeking out the back issues as soon as I can afford to do so! 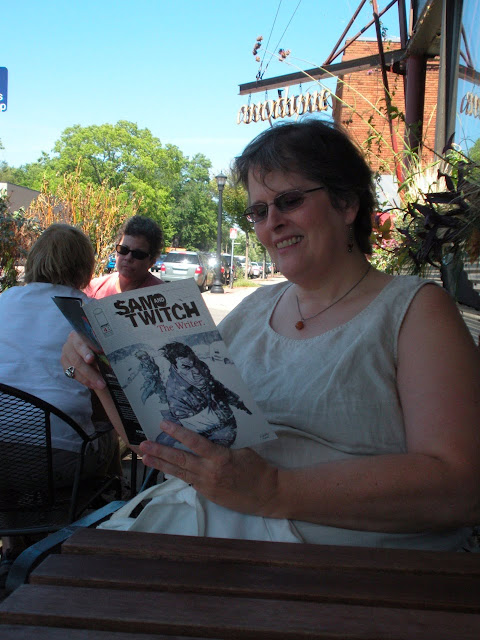 The locale for the little Saturday outing was a fine local coffeehouse/eatery called Anodyne. I'm not a huge coffeehouse maven, but I rather like this one. And their oatmeal is quite refreshing! 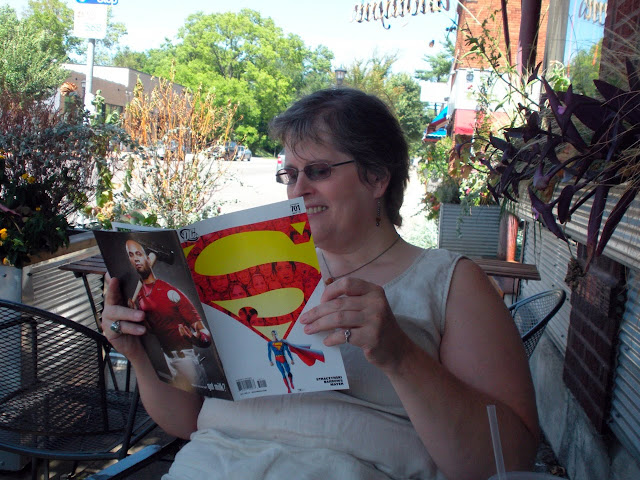 Again, not my most flattering look, but I really like the direction J. Micheal Straczynski is taking Superman. This issue may make my Top 10 for 2010!
I admire the fact that he can maintain the quality and humanity of his writing, given his self-imposed mandate to write at least ten pages every day! 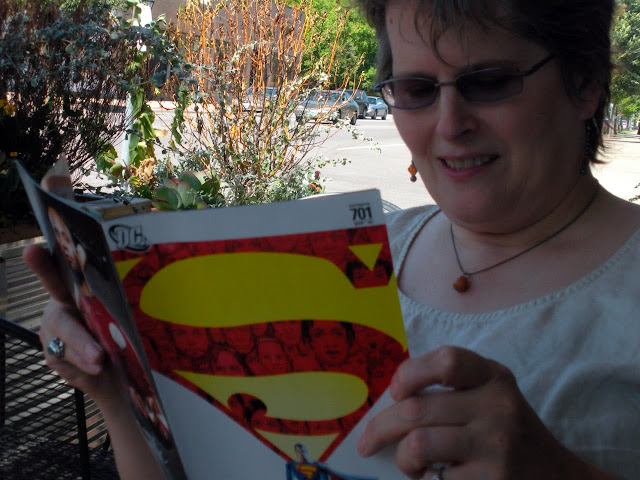 The whole populist direction JMS is taking with the character is a refreshing return to Supes' Depression roots, without the Super Dickery that plagued the character from the late 30s into the 70s!

I showed my pal, painter and Webmaster extrordinaire Clint Rost, a key page from this issue.

Mad for the Captain America shirt!
So what did this little exercise accomplish? After all, like many of my peers, I read comics in public on a regular basis.
Well, for one thing, it's fun. For another, it can serve to increase awareness. Finally, in order to read comics in public, you (or someone you know) needs to OWN comics. So like Free Comic Book Day and the upcoming 24 Hour Challenge, it serves both to increase public recognition of the medium and to reinvigorate the base, as they say in political circles.
Now if you'll excuse me,  I have to get back to the new issue of Echo....
on September 06, 2010 No comments: