Back again! So many weeks of overtime, along with having a very stubborn creative block on this relatively simple page.
Ah, well. Bitch, bitch, bitch, that's all I am.
I have a very clear vision of this story now, and have it mapped out. I did the first page with no idea where it was going.
Here's page two. 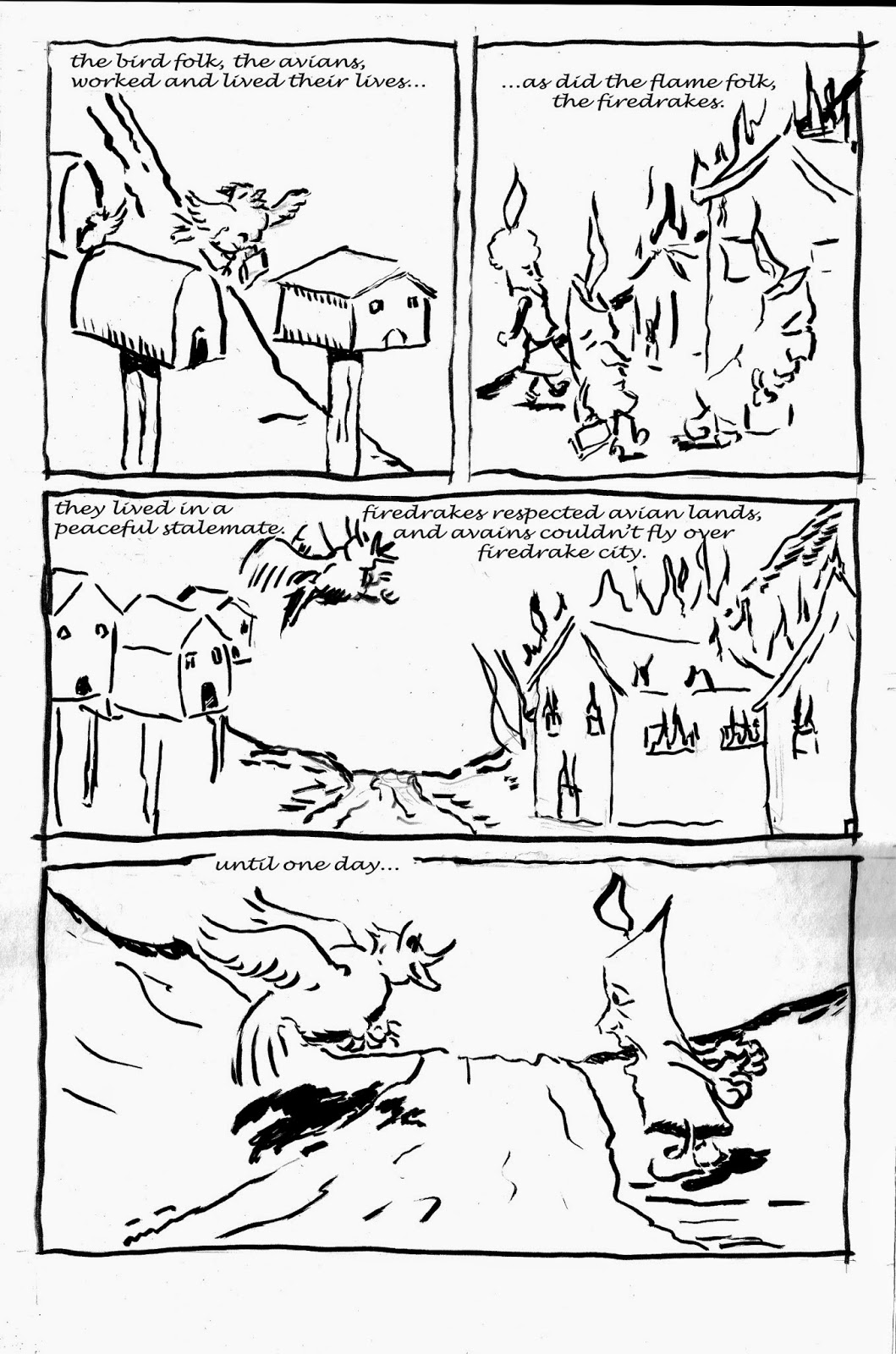 A couple details to resolve, notably the scanner shadow on the left of the last panel. My hand lettering on this page was strictly from hunger, very, very bad, so I reworked it digitally.
The name "firedrake"is a German mythological term that I first encountered in Alan Moore's Miracleman. I use it here as homage to Moore, because I like the sound of it, and because the mythic overtones figure prominently into the overall story.
The firedrakes are modeled on a tribe I designed in seventh grade, based on the then-new handheld disposable cigarette lighters. I had all these wild nonsense stories of these flame-headed Native Americans running around saving stupid white people from their own folly. The white people, of course, were afraid of them. I never carried these stories to the inevitable conclusion of the white idiots killing off the cigarette lighter people. The last one of those stories I did was about the Lighter Tribe encountering a rock band called The Antz. Maybe I'll see if I can still draw The Antz, and add a sketch to next week's art offering for fun.
This story has three more pages to run. Look for the next page in this space in 168 hours or so!