I missed the new Futurama last week. Ah well, it'll be around when i have time for it, in one form or another.
This piece of art tickled my fancy. I'm not a huge X-Men fan, but this pastiche was a treat!
If I can find it, I'll post the airbrush I did decades ago of the Next Generation crew as cartoon characters. Tasmanian Devil Worf was my favorite.
Meanwhile, the work of GottaBeCarl:

For today, three pieces scattered over a decade.
First, the one everyone's done, the self-portrait at the drawing table. 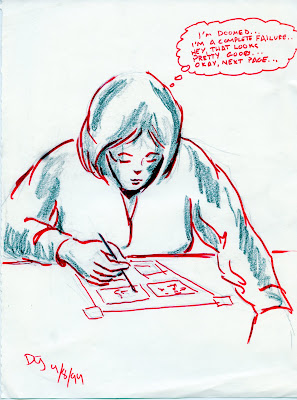 Everybody's done one of these. My favorite is by Charles Vess.
Next up, a museum sketch I rather liked. 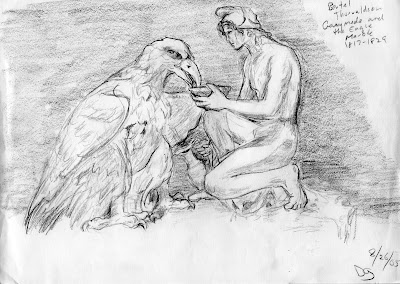 Finally, a cat!
I did this as a Sumi-E technique peice for a Haiku class I took as part of my Master's program.

This was part of a book I did a Japanese stab binding of. In the book, the cat disappears, a line per page, each word of the Haiku is added on the new page. 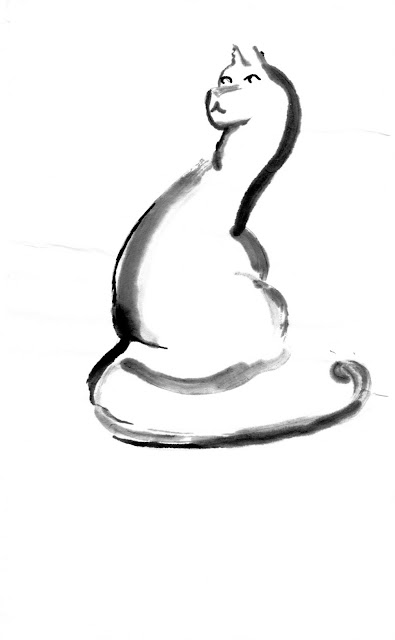 Since the first session of SES has ended, I hope to have time to do a proper page for A Private Myth this week! Wish me luck!
on June 27, 2010 No comments: Links to this post

A bit late to the plate this week! Sorry! I will make amends next week- already have the work on hand and then some.
For this week, a combination of old and new work. All in one piece!
This page was done for the transsexual politics journal, TNT NEWS, in 1995. 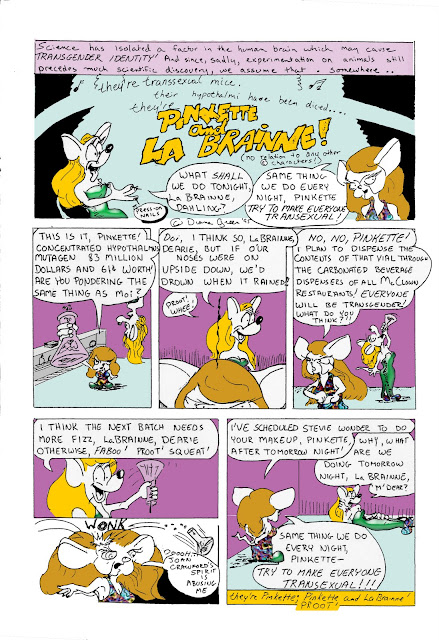 This page is a response to a news story. A study was done that showed the hypothalamus of post-op MtF transsexuals had characteristics similar to those of genetic females, lending credence to the condition having a genetic component.
The editor was taken to task by an acquaintance for publishing this page. Seems the acquaintance saw it as being in favor of animal experimentation! That's certainly not the intent, any more than that was the intent in the great original Pinky & the Brain cartoons.
The color was added in the last couple days. I went way over the top with it to try to emulate the mania of the TV series.
Next week, either the sketches I have ready to go, the next page of A Private Myth (in progress) or a tribute page for Al Williamson (also in progress).
on June 23, 2010 No comments: Links to this post

Email ThisBlogThis!Share to TwitterShare to FacebookShare to Pinterest
Labels: A Private Myth, original art, Pinky and the Brain, transsexual

No time for a long post today, but I did want to get this up. Pretty happy with the layout and the poses. 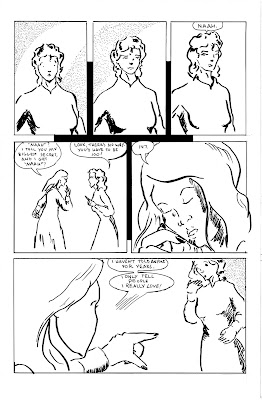 Stipple is such fun! And I love that Terry Moore trick of a background black to isolate and unify panels!
More and more chatty stuff next week or sooner.
on June 13, 2010 No comments: Links to this post

Songs of love and why it doesn't all fall apart

Twice in the last twelve hours, this song has come up. It seems just to post it now.
This is Hurdy Gurdy Man by Donovan. The rhythm comes from the laugh of the Maharishi Mahesh Yogi, and relates to a universal cadence that all things follow.
There's an extra verse written by George Harrison.
When the truth gets buried deep,
Beneath a thousand years of sleep,
Time demands a turn-around,
And once again the truth is found,
Awakening the Hurdy Gurdy Man,
Who comes singing songs of love.

Here's a performance with that verse.

As we consider our very survival, threatened by a carelessly made wound to the planet, a wound emitting toxins into the sea that ultimately supports our life as much as the sun  and the air, let's take a minute and consider WHY we need to survive.

The introduction to this Shawn Phillips song is on point.


How important are our lives?
Do we care enough to put aside our greed and fear, and just help one another live?
I'm not a meditator, and my spiritual center is, well, not all that centered. But I have an idea of how the whole thing might work. It's fuzzy, as is much unscientific thought on the subject, but science and faith are intersecting in intriguing ways. There's no reason that atoms should even hold together, given that one of the three particles is neutral, and the other two, being positive and negative, should repel each other.
Therefore, since everything is composed of atoms, why doesn't it all fall apart?
On possibility is will, consciousness, God.
In The Cosmic Jackpot, physicist Paul Davies offers, along with other possibilities, a consensus theory. Everything exists because an aggregate consciousness has willed it to do so. Some call that The Universe. Others call it God.
Others just see it as us.
Vaughn Bode' called it The Management.

Some would say that wrapping these ideas in popular culture is doing them a disservice, that I should be dutifully reading the Bible, the Ghita, Jung, and more serious physics texts.
Maybe I'm just sloppy about my spiritual side.
Maybe.
But if we truly are here as a result of shared consciousness, if everything exists by consensus, appreciating its beauty and diversity can only help The Cause.
Thus Spake The Management.
on June 11, 2010 1 comment: Links to this post

No excuses for missing a Sunday. I've just been a bit disheveled of late. Back on track again this week, despite the beginning of a new class on Sunday (more on that later).
This is traditional photography again: film, darkroom, photo sensitive paper, the whole shooting match. 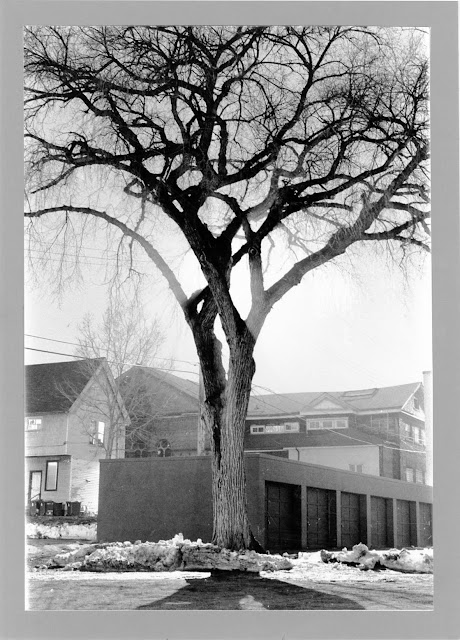 What I find interesting is that this is a night shot, about 10:30 PM.
And it's so oddly bright.
Really weird night, sort of an orange fog light dispersing mist everywhere. The texture of the tree just jumped out at me, and the result was this odd rule of thirds composition.I'm fascinated by the texture of the dirty snow and the parking lot as the shadow of the tree hits it.
on June 11, 2010 No comments: Links to this post

Thoughts on the oil disaster

I have made the mistake of looking at the photos of the poor creatures devastated by this atrocity.
Every time we are faced with catastrophe, whether it be man-made like 9/11 or the BP disaster, or a byproduct of nature, like the Haitian Earthquake or Hurricane Katrina, we are given the opportunity to decide who we are as a people, a culture and a spiritual force.
I suggest we put aside our petty venalities (as difficult for me as for anyone) and agree to work together to solve the problem in whatever ways we can.
I would also greatly appreciate it if people would stop calling this a "spill." A roll of paper towels will not do the job here.
on June 04, 2010 No comments: Links to this post 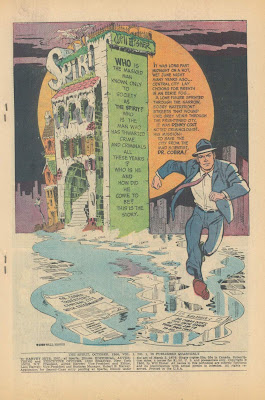