Finally finishing this up! Hope you find it worth the wait.
I couldn't decide between these two books, so I'm naming them both No. 1. And I could not imagine more different books. 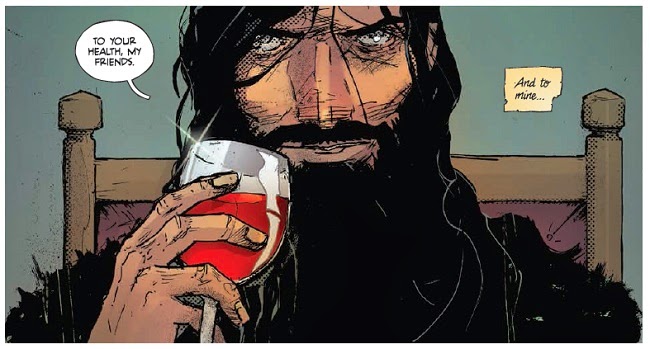 Rapsutin, published by IDW, is a supernatural take on the near-mythic historical figure. Alex Grecian's writing is tense, empathetic and witty. Riffing on Rasputin's supposed supernatural abilities, the series begins with the character's execution, then flashes back to his childhood.
IDW's non-licensed titles tend to have a bit of a "house style" to their art, especially in the horror line, and this is ostensibly a horror book, at least in part. While Riley Rissomo's line work has the same sketchy energy as Damien Worm's work on The October Faction, for example, the art in Rasputin has a greater variety to its page layouts, and Ivan Plasencia's coloring has a much greater variety than the constant somber Earth tones of the former book. I get it, you guys like Ben Templesmith's work.  Gritty monochrome. I like that, but as Rapsutin clearly demonstrates, there are other approaches already!
There are many subtleties to the art in Rasputin, ranging from its clever use of anatomical illustration as a plot device to the use of white and pastel colored panel borders.
In terms of the writing, it speaks well for the book that it begins with the character's denouement (read: death by multiple assassinations), and yet pulls the reader in deeper with each issue. This despite the foregone conclusion!
The second Best of 2014 works on a  different kind of magic. Joyce Brabner's Second Avenue Caper, her first long-form solo work since the amazing Flashpoint: the La Prenca Bombing (1989), reiterates the quality of her work as a solo writer. Her work is often eclipsed in the public mind by that of her late husband, Harvey Pekar. Between savoring Flashpoint and her work in Real War Stories, I've always thought that her solo writing was unjustly neglected. 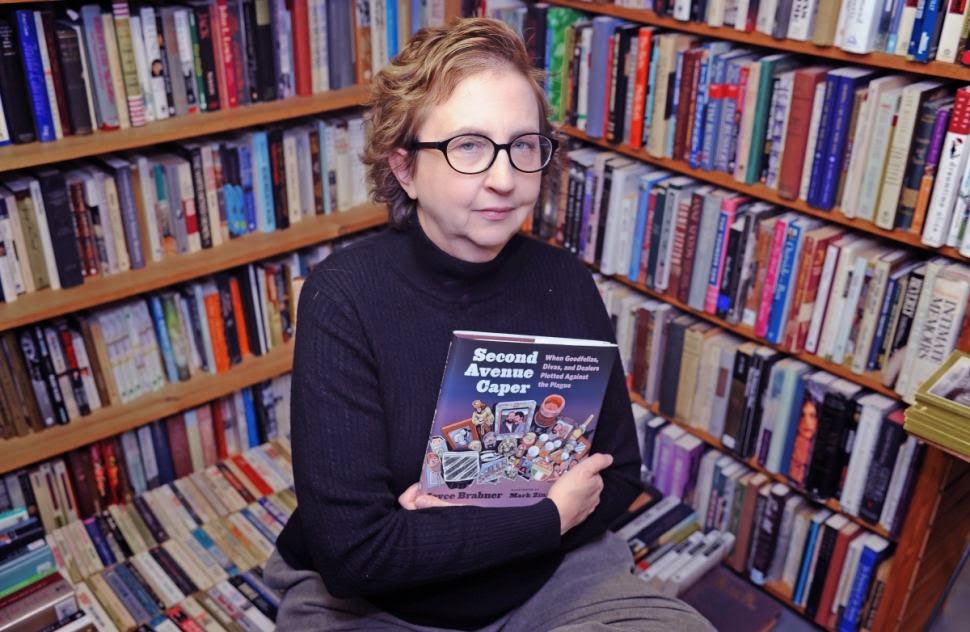 Now Second Avenue Caper is out, so to speak, and the reading public is finally giving her work its due. If I had to categorize this, I'd put it in the burgeoning category of Graphic Memoir. By melding some of her late husband Harvey Pekar's personal anecdotal style (wow, that's an awkward phrase!) with her incisive political writing, Brabner has created a riveting document of the unlikely camaraderie forged in the early days of the AIDS epidemic. What begins as two old friends sharing a cup of coffee becomes a whirlwind of guerrilla healthcare, gangsters, and international drug smuggling, all in the name of attempting to survive an undefined and ill-treated disease. The story is reminiscent of Dallas Buyer's Club, but without the cynicism that I felt dominated that film.
Mark Zingarelli's art again brings American Splendor to mind, due to his connection to that project. He faces the challenge of a dialogue-heavy narrative very smoothly, using the standard devices of changing angle and distance cleanly, and controlling pacing through the use of silent panels.
As is the case in the best nonfiction narratives, the whole is larger than the sum of its parts and readers are left with the sense of surviving the harrowing early days of the AIDS epidermic alongside Joyce and her compatriots. As a caregiver working with People With AIDS, this work resonates with me. My co-workers have told me many horror stories of these early days, so Second Avenue Caper rings true.
That about does it for 2014. I'll be back to posting art this weekend!