As promised, here's the newest Surrealist Cowgirls short story!
Just a little two pager, giving some background on Margo, the Shape-shifting Mule. I see this as a sort of a Fleischer cartoon feeling, that strangely tense humor and surrealism, reminiscent of the Koko shorts.
I'm trying to flesh out the world of the Cowgirls without making it too heavy or complex. I want it to be acceptable to the reader, but I really don't care if it makes absolute sense. Carl Barks once remarked that his ducks were only characters in his stories. "The ducks and mice and Pegleg Petes of Disney's menagerie are all fairy tale creatures. To humanize them to the extent of explaining their parental origins detracts from their mystique." That's sort of the way I see the Cowgirls. I want their stories to be enjoyable and coherent, but if the world's magic doesn't follow some arbitrary set of rules, I don't care.
With that in mind, here's a bit of the story of Margo! 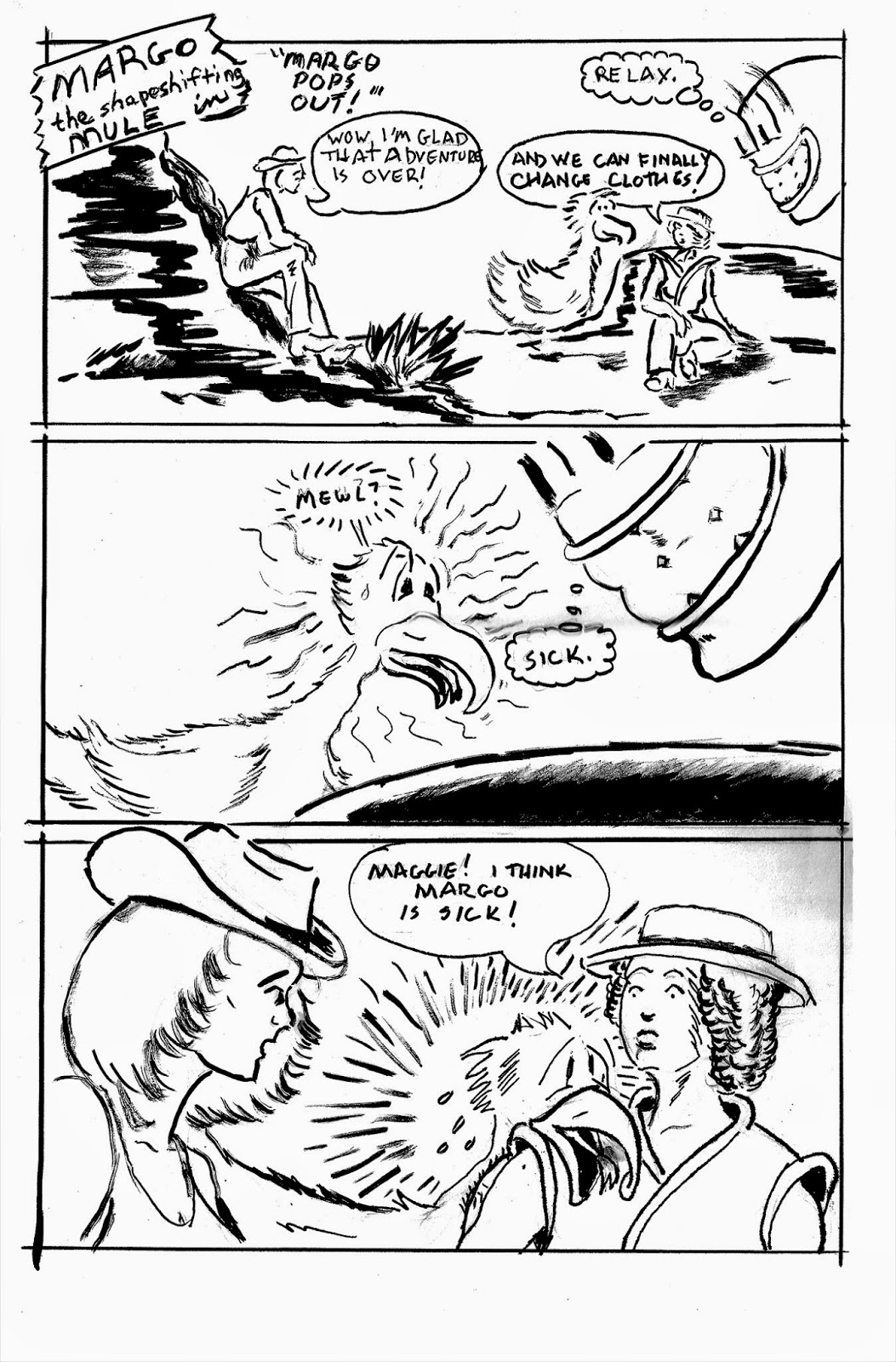 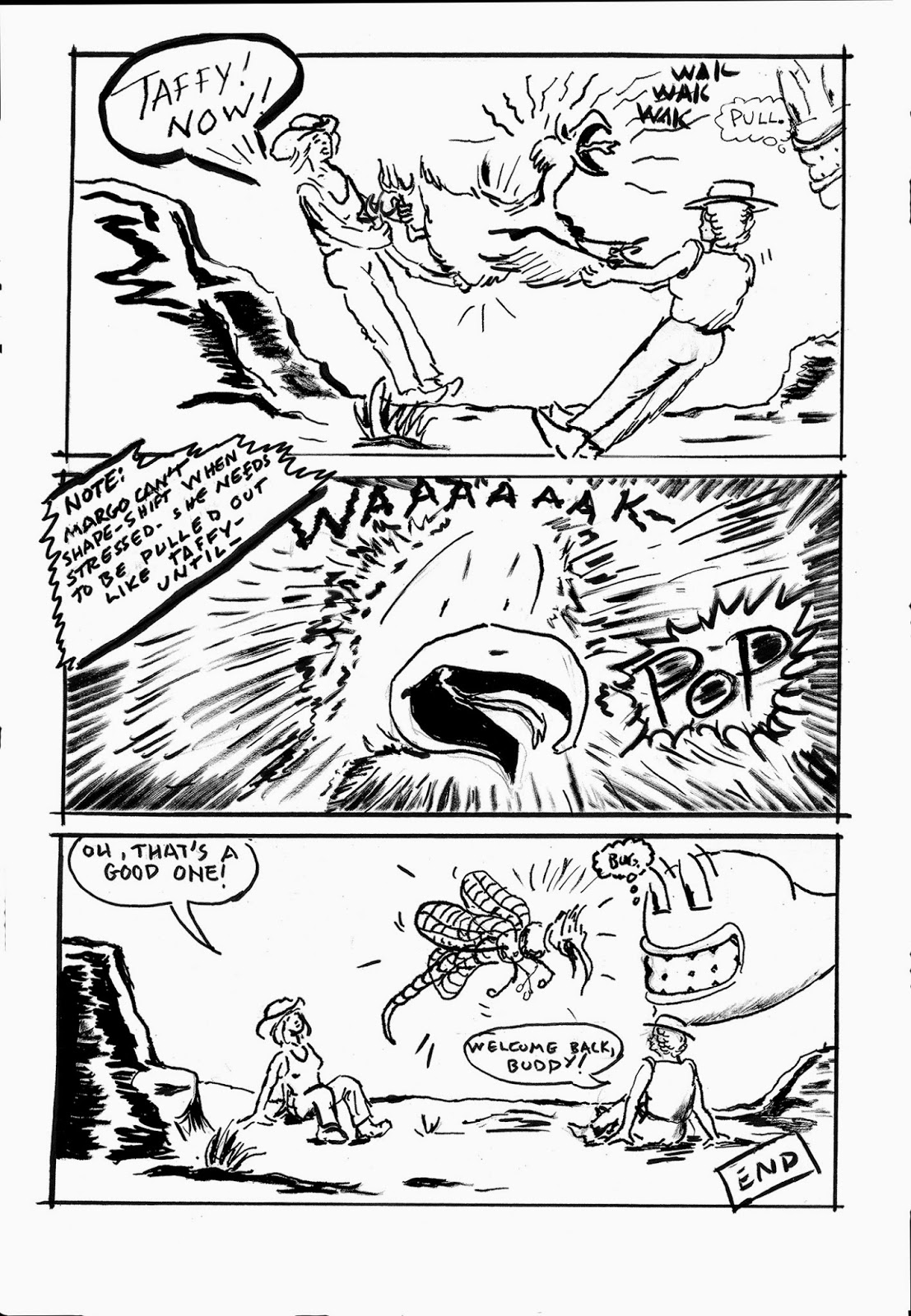 Louise's top is loosely based on Leetah's top from the first Elfquest story.
The scanner seems to be behaving well, aside from some ongoing logistic issues. Most of my work is larger than the scanner bed, so I can either scan in tiers and match them, as I did here, or reduce them on a Xerox and then scan.
In either case, we seem to be on track for posting work on a regular basis again. I have two more Cowgirls projects going right now, and a couple other things are tickling me as I work. So thanks for sticking with me through the drought!
on May 04, 2014 No comments: Links to this post