Original Art Sundays No. 108: for the Fallen

I missed a few weeks of blogging my art, and am presented with a serendipitous, albeit somber, opportunity to remedy the situation in part.
Tonight is the observance of the Transgender Day of Remembrance. As I am unable to attend, I am posting work on the topic.
This page was created for a late issue of Transsexual News Telegraph (TNT), one of two independently published magazines dedicated to trans life and issues in the 1990s. Editor Gail Sondegaard rejected the page as too somber. Odd, because I tried to balance realism and optimism.
The page would have been published in issue 9, Autumn 2000. Transgender Day of Remembrance was founded in 1998. However, I was unaware of the day until some years later.
I rediscovered the page during my move. The pasteup was falling apart, and there was random discoloring on some of the text panels.
With minimal restoration, I decided to go ahead and post the piece. 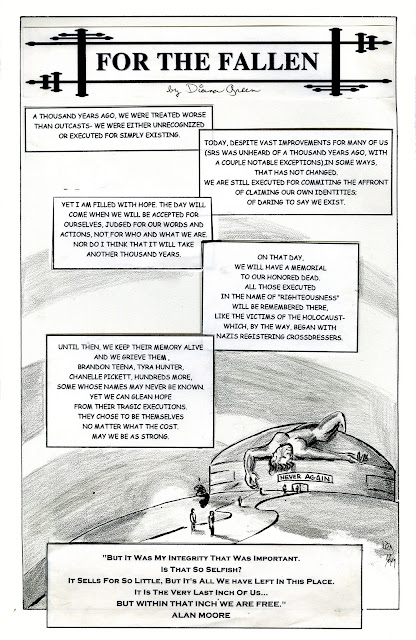 The fine print: done on Coquille board in China marker, type set in Copperplate. Original size 11" x 17". Scanned in RGB to preserve the range of grays, despite a tendency of such scans to run to the green part of the light spectrum.
Technically I consider this a comic page, but some would call it illustrated text instead- a fine hair to split in my book.
That Alan Moore quote, from V For Vendetta, remains one of my favorites.
I still think a physical memorial to our fallen is a worthwhile idea. But it would be better if the memorials and tributes were not necessary.
next: a long overdue new page. No, really.
on November 20, 2011 No comments: Links to this post

I will make a second post later tonight, for reasons I will state at that time.
For right now, here's the promised Surrealist Cowgirls supplemental story.
I did this specifically for the show for my Aldrich Arts comics creation course.
Here's the flier for the course, which used a painting I've posted here years ago. The whole motivation was to do a simple story that was family friendly.
One of the students spontaneously gave Whalemule a proper name: Whalliam!
Now I'm debating whether it should be spelled with an e: WhaleLiam.
Now, the story. 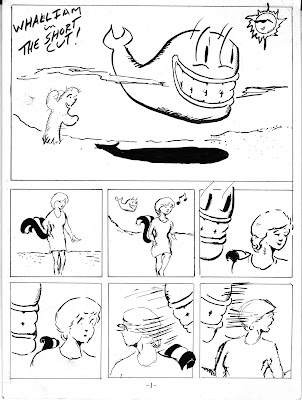 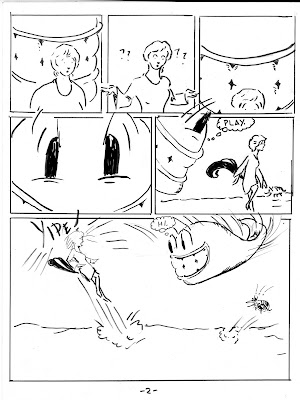 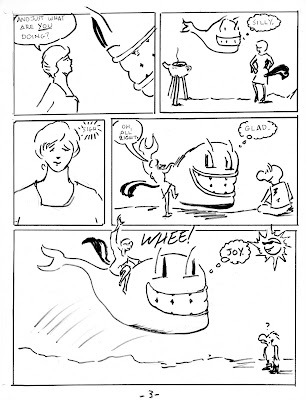 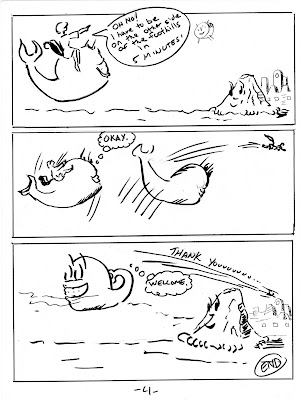 I like working fast and simple. This story will make a nice addition to the first issue of the Surrealist Cowgirls comic!
Next: something a bit more serious.
on November 20, 2011 No comments: Links to this post

Original Art Sundays No. 106: A Night at the MN Opera

While there is a new story that's a half inch from being ready to post, something else came up this week that deserves our attention.
While attending MIX(more about MIX later this week, I hope), I talked to some members of the Black Hat Comics Collective, and joined them in an adventure this past Thursday.
We were invited to attend the dress rehearsal of the new production of the MN Opera Company, Silent Night. Since this is a world premiere, we were among the first to see a public performance. We were also privileged with a light sushi snack and a Q & A with the librettist, Mark Campbell, and the composer, Eric Simonson, beforehand.
Our responsibilities for being granted this honor were simple. We were to sketch the performance and to blog about our experiences.
This work will also be offered to the Minnesota Opera Company for their blog.
The work, based on a true incident from WWI, tells of three troops- one Scots, one German, and one French- who agree to a truce for Christmas eve, and find themselves unable to fight thereafter.
The music and acting were stunning in their beauty. I was moved to quiet tears more than once.
May I add that this was the first opera I've ever attended (besides Gilbert & Sullivan, which, according to my music history professor, doesn't count)?
Go see this! It's one of the most moving Christmas pieces I've ever seen. And even though it's not specifically about the holiday or the faith associated with it, it's one of the most reverent works I've seen as well.
Performances this coming weekend only, but this deserves to become a holiday tradition.

Here are my sketches.The medium is listed below each piece. This is most of my output from the two hour performance. I hope the emotional content and energy compensate for their crudity.

I was so honored to do this, and to work with the Black Hat folks, many of whom I know from MCAD (and some of whom I've taught and worked with in other respects). I hope to work more with them, and would love to attend the next operatic event!
Next week: the long promised Whalemule solo story.
on November 14, 2011 1 comment: Links to this post

Back in the saddle again! So sorry for the delays, but we're getting there (wherever "there" is).
One of the (few) advantages of moving is sorting through old stuff, rediscovering forgotten or neglected parts of your life, parts shoved aside by circumstance.
When cleaning out an old file, I unearthed this piece from a series of three done as promotional devices for my old pal Darylee's standup comedy career. 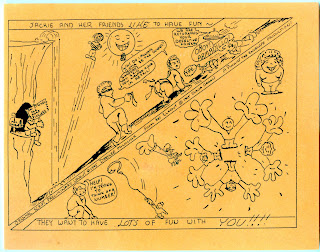 These were published at 3" x 5", much too small for the art to really deliver. It's a very fun piece, but the fun gets lost at the reduced size. Please click on the image to view at a larger size!
More soon, including a new solo story of the Whalemule from the Surrealist Cowgirls!